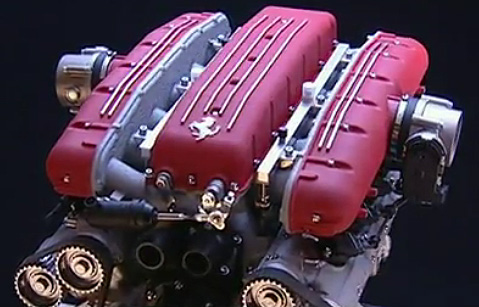 Let’s be clear about one thing: you’re going to need a cigarette, a shower, and a few minutes for personal introspection after watching this video. It takes us where few have gone before, to a place more desirable than Scarlett Johansson’s bedroom. It takes us to the Ferrari factory, in Maranello, Italy, to witness the birth of a six-liter V12 engine. The engine in the video was produced for the now retired 612 Scaglietti, but that doesn’t make it any less wondrous. The video is an ode to hand craftsmanship, as each engine is assembled by a single technician, skilled in the art of extracting the maximum performance from aluminum and steel. The end result is an sensory masterpiece that puts out some 540 horsepower at 7,250 RPM, and sounds sweeter than a chorus of angels.

Since the end of 612 Scaglietti production in 2010, Ferrari is without a four-seat, hardtop grand tourer, but that may change as soon as the Geneva Auto Show in March. Whatever Ferrari creates to replace the 612 Scaglietti, you can rest assured it will be fast, it will be beautiful and it will use an engine every bit as sublime as the 6.0 liter in the video. Let’s hope they film the making of that engine, too.