Breaking: Tokyo Motor Show May Be Canceled This Year 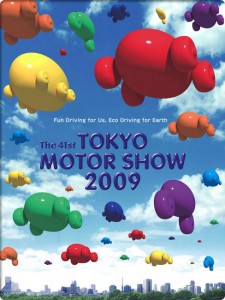 It may be a surprise to many and not so much a shocker to some. An executive from the Japan Automobile Manufacturers’ Association (JAMA) says they are debating on whether they will cancel the 2009 Tokyo Motor Show. The debate, as you may guess, comes about from the slumping economy and the lack of participation by non-Japanese automakers. Even some Japanese exhibitors are proposing that it be cancelled for this year also.

JAMA’s executive director and secretary general, Toshihiro Iwatake, told Automotive News, “A couple companies are not in favor of organizing the show under these conditions, but that is not JAMA’s opinion,”.

It is said that the final decision on whether to cancel the 41st annual Tokyo Motor Show for this year should be made by next month. Currently the 41st annual Tokyo Motor Show is scheduled for October 23rd with the press days set for October 21st and 22nd. Ironically, the theme for this year’s Tokyo Motor Show is “Fun driving for us, eco driving for earth.” That is pretty much on par for what we have already seen as the North American International Auto Show in Detroit kicks off. Even with the NAIAS this year, several car makers such as Nissan that are always a big part of the show are absent this year.

Come next month we will be sure to give you a firsthand update on the status of the 41st Tokyo Motor Show being cancelled or not.