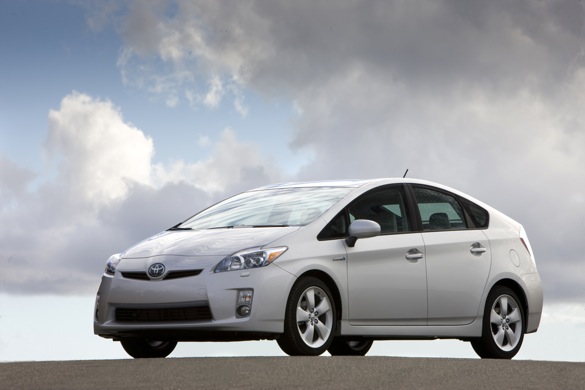 The Toyota Prius just crossed the 1 million sold mark in the US. Image: Toyota

For years, Americans have ignored hybrid vehicles in favor of trucks, SUVs, minivans and sports cars. Even the occasional bump in gasoline prices wasn’t enough to make buyers warm up to hybrids, with the possible exception of Toyota’s Prius (which just exceeded 1,000,000 sold in the United States). That behavior may be changing, at least according to Edmunds: the website is reporting that sales of electric vehicles and hybrids increased by 37% in the first quarter of 2011. That compares against sales of conventional vehicles, which increased by 20% in the same time period; in other words, hybrid and EV sales are growing at nearly double the rate of conventional vehicle sales.

As you’d expect, Toyota is still the market leader with their Prius hybrid, which increased in sales by some 50% last quarter. Of the 78,523 “green” vehicles sold during Q1 2011, 54,609 (nearly 70%) were Toyotas. Honda was another big winner in the green vehicle sales wars, as their hybrid sales rose 84% (to 11,354 units) in the first quarter. Ford, who offers a variety of hybrids and will soon bring the Focus EV to market, moved 7,704 hybrids in Q1 to take the third spot.

I’d be the first to say that I’m just not a hybrid guy, and I’d much rather ride a 45 MPG bike than drive a 45 MPG car (yes, even in the rain). I’ve never driven a hybrid that thrilled me, and Honda’s CR-Z with the six speed manual has the distinction of being the hybrid that I least dislike. Here’s my question of the day: how expensive would gas have to get before you’d consider buying a hybrid?