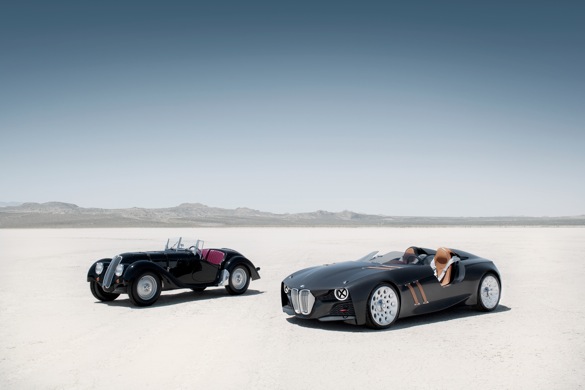 This year marks the 75th anniversary of the BMW 328, considered by many to be the best looking and most successful car in BMW’s early lineup. Designed to emphasize lightweight construction, aerodynamic lines and innovative suspension technology, the BMW 328 Touring Coupe still holds the record for the highest average Mille Miglia speed. To honor this legendary car from BMW’s past, their designers have created a modern interpretation of the 328, dubbed the BMW 328 Hommage. 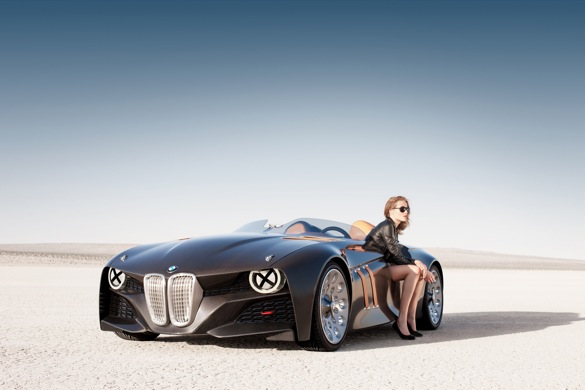 Thanks to extensive use of modern materials like carbon fiber reinforced plastic, the BMW 328 Hommage weighs in at just over 1,700 pounds. Aluminum trim is used throughout the interior, which features leather upholstery to tie back to the original 328. Like the original 328 development vehicles, the 328 Hommage lacks doors, which may not be the most ideal thing from an aerodynamic perspective. BMW’s kidney-shaped grille is unmistakable up front, and is emphasized in tribute to the original 328, one of the first BMW to use the now-iconic design theme. 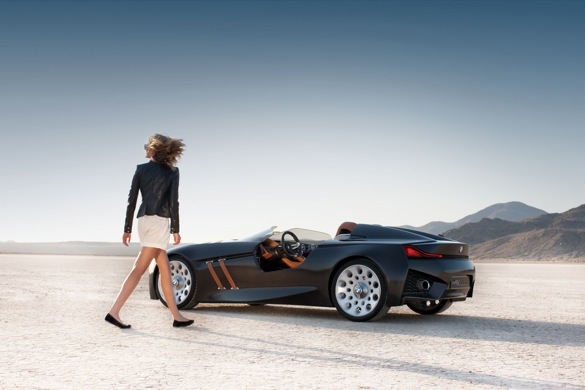 BMW claims the 328 has an “athletic rear end”, as does the model in the pictures. The rear three-quarter view may be the most visually appealing of all angles, and is certainly less controversial than the front or front three quarter view. I have to say I’m not a big fan of the tribute car’s lines, as the 328 Homage goes beyond “over the top” in styling. For a car that’s supposed to emphasize aerodynamic lines, it probably has the drag coefficient of an apartment building, and I challenge anyone to explain to me how the front end pays tribute to the original 328. I’m not an automotive designer, nor do I play one on TV, but the 328 Hommage simply doesn’t do it for me. What’s your take – epic win or utter fail?