So How Does Chevy Test The Camaro Convertible Top? 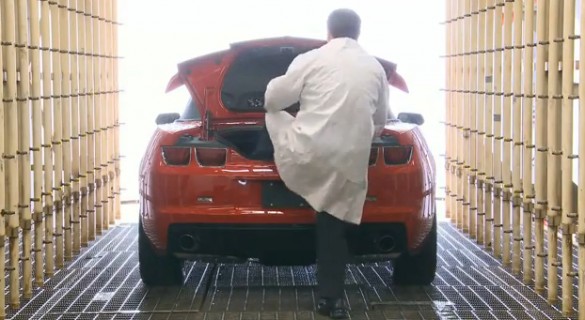 There was a time in the not-too-distant past where American cars didn’t get a whole lot of validation post assembly. I’ve driven nearly new convertibles that leaked like a sieve in the rain, and I’ve had low mileage cars with more creaks and rattles than a haunted house. Fortunately, those days are in the past, and most of todays cars are tested to the point of failure before they even see production. Chevy wants you to know that they go well beyond “reasonable” in testing the top of the new Camaro convertible, running it through over ten years of simulated hard use in testing. Even production cars don’t get loaded for shipment until they’ve been tested under water spray of 900 gallons per minute. Like the video says, don’t try climbing into the trunk of your car at home. From personal experience, I can tell you that it’s not a particularly comfortable ride.