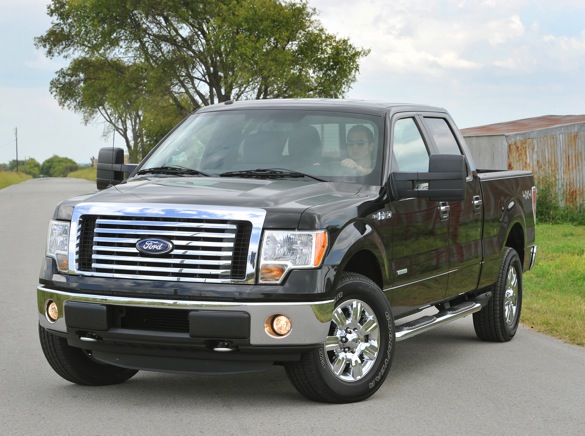 For as long as I can remember, the Toyota Camry, Honda Civic and Honda Accord have been in the top ten list of vehicles sold each month. If May’s new car sales are any indication, things may have changed for the Japanese automakers. Neither Honda nor Toyota cracked the top ten, and the highest selling vehicle between the two automakers was the Toyota Camry, which came in twelfth. The best selling Honda was the Civic, which came in at thirteenth, followed by the Honda Accord in the fourteenth spot.

It would be easy to write off the decline as stemming from the Japanese earthquake and tsunami, but I’m not entirely sure that’s the case. All three cars are built in the U.S., but only the Civic was known to have production delays related to the disasters in Japan. Worse, the new Civic has been on sale since April, which begs the question of consumer satisfaction with the redesign.

Despite near record high gas prices, four of the top ten vehicles sold were trucks or SUVs. Full size pickups from Ford and Chevy took the top two spots, the Ford Escape came in sixth and the Ram pickup occupied the tenth spot. Mid-size sedans dominated much of the top ten, including the Chevy Malibu in third place, the Nissan Altima in fourth, the Ford Fusion in fifth and the Hyundai Sonata in seventh.

Perhaps most remarkable is that domestic compact cars have beaten their import rivals, and I simply don’t remember the last time this happened. Chevy’s Cruze squeaked by Ford’s Focus to claim the eight position, and both outsold the Hyundai Elantra (11th), Honda Civic (13th), Toyota Corolla (16th) and VW Jetta (18th). In fairness to Hyundai, I believe supply is limiting sales of the new Elantra, and the manufacturer is doing what they can to build for demand.

One month isn’t a trend, and only time will tell what the “new world order” of car sales will be. For now, things bode well for the domestic manufacturers, proving that good product at a fair price draws buyers into showrooms.