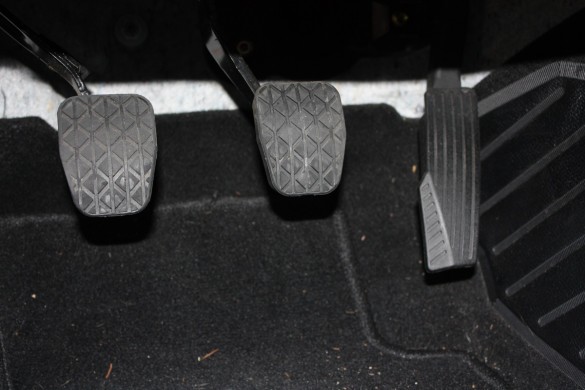 On paper, at least, it sounds like a good idea. Under a new proposal (a PDF link, on which you can comment here), the NHTSA is looking to mandate Brake-Throttle Override (BTO) systems in all new vehicles weighing less than 10,000 pounds. In the event of a stuck accelerator or fly-by-wire throttle malfunction, applying the brakes would automatically disengage the accelerator.

To be honest, the NHTSA proposal is really much ado about nothing, since most manufacturers have already adopted such systems in the wake of Toyota’s unintended acceleration debacle. Will the system save lives, as the NHTSA thinks? Possibly, in the very rare instance of a stuck throttle or other mechanical problem. Most unintended acceleration accidents, however, are caused by driver confusion between the brake and accelerator pedals. A driver believes he’s applying the brakes, when in fact he’s got the accelerator matted to the floor.

For those of us who actually drive cars at the limit, the system will interfere with car control. Want to dry your brake rotors in the wet by gently applying brake pressure? You can’t, unless you want your car to instantly cut the accelerator. Do you left foot brake into a corner to put a bit more weight over the front wheels? Forget about doing that, too, in BTO equipped new cars.

It’s ironic, then, that cars are getting faster while drivers have less and less control over them. It’s only a matter of time, we suspect, before manufacturers won’t be allowed to use stability control systems that can be deactivated. Sooner or later, cars will sense speed limits, and then it’s only a matter of time before a car will override driver control of speed, too.

We’ve seen the four-wheel future, dumbed down to meet the ability of the lowest percentile driver, and quite frankly, it scares the hell out of us.