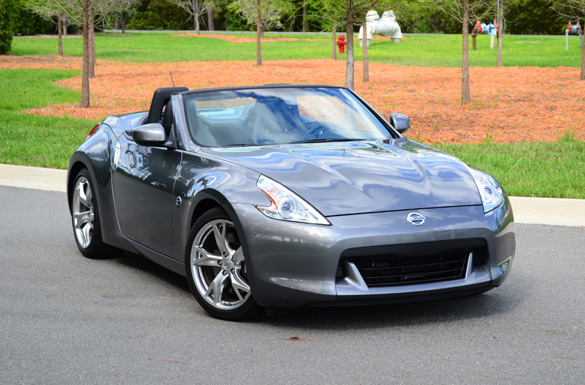 When it comes to having affordable fun in the sun with the top down, Nissan aims to fulfill such desires of the true enthusiast with the new 2012 370Z Roadster. The new 370Z convertible carries over its design from last year once again offering excellent handling, sufficient power and sexy styling.

The Nissan 370Z, in its latest iteration, provides the driver and passenger with a thrilling ride that does not break the bank. In terms of a top-down sports coupe with some muscle under the hood, there are not many choices if you are not rich enough to opt for an Italian stallion or American sports-car icon. However, there are a few choices within the 370Z segment that push the envelope for affordable top-down hot rods. 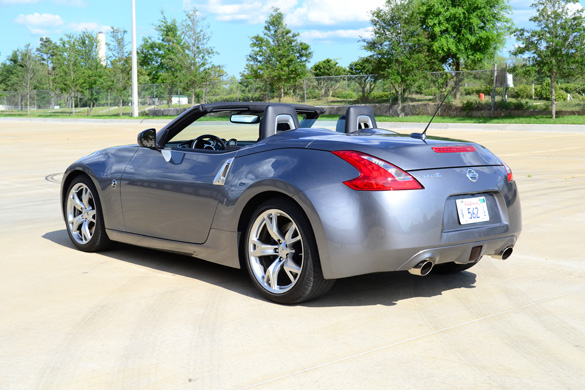 The new Nissan 370Z Roadster (Convertible) does not lack enthusiasm when it comes to laying power to the ground. My 2012 370Z Roadster test vehicle was optioned with Nissan’s 7-speed automatic box mated to the same 3.7-liter VQ series V6 engine found in the 370Z coupe -as well as its not-so-distant cousin, the Infiniti G37. The high-strung V6 powerplant outputs a healthy 332 horsepower and 270 pound-feet of torque. With this combination, the quick-shifting 7-speed auto transmission and V6 engine is able to get the 370Z Roadster up to 60 mph in about 5.5 seconds. 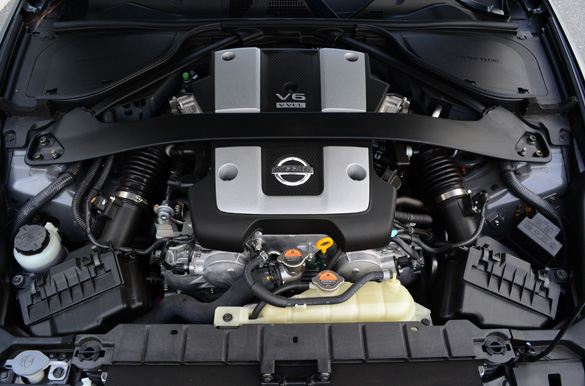 Surprisingly, the 7-speed automatic transmission is very snappy and darn-right fast when it comes to shifting cogs in the lower 5 gears. I found myself using the magnesium shift-paddles to row through gears about 80% of the time driving the 370Z Roadster. The shifts are amazingly fast, probably among the fastest for an automatic gearbox with a torque converter.  The rev-matched downshifts are almost just as rewarding as the up-shifts, especially when it blips the throttle just enough to get that characteristic audible note from the exhaust. At times, the 370Z Roadster sounded like a mellow GT-R.

Revving the 3.7-liter V6 near redline seems to be a little harsh by means of unexpected engine vibrations. This seems to be a common trait in the 370Z, but I tend to overlook it due to the plentiful power generated at such high rpms. Although, consistently running the strong V6 engine at high rpms will yield a not-so-appealing gas mileage figure. In the city, the 370Z Roadster automatic gets a respectable 18 mpg while on the highway expect to get about 25 mpg. 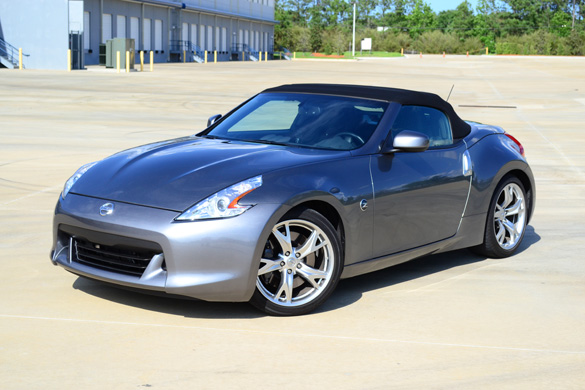 With the top up, the new 370Z Roadster has a nice looking silhouette. The thick fabric top seemed like it would do a decent job keeping road noise out of the cabin but proved to be quite noisy. Nevertheless, putting the relatively quick-folding top down, you tend to notice the typical vibrations and structural degradation you get from a convertible vehicle. To my surprise, the 370Z Roadster does not flex as much as I thought it would when taking twisty roads with your right foot firmly planted to the floorboard. 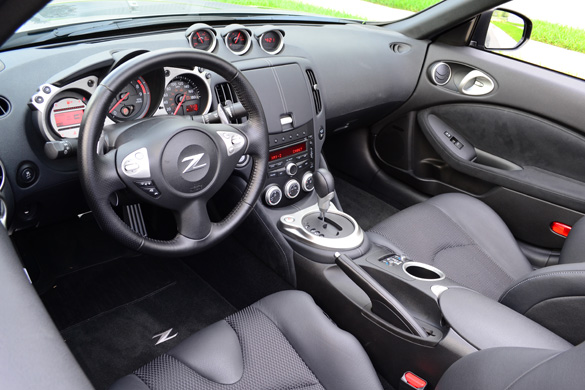 The new 370Z Roadster’s exterior does not sway too far away from the coupe. The rear of the front seats has a creative design with a glass separator and raised curvy bodywork, giving the 370Z Roadster a nice sports appeal.

The trunk space is lacking, as it is in any roadster style vehicle. In spite of this, trunk space is fixed and separated from where the top is stowed when let down. This makes it easy to avoid guessing where your luggage capacity starts and ends when you want to let your hair blow in the wind. 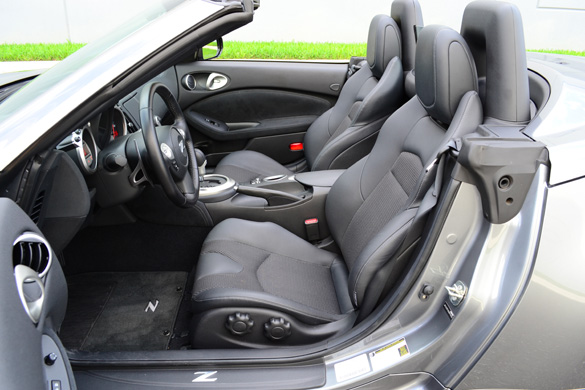 The 2012 370Z Roadster is only available in Base and Touring trim levels. Inside of my 370Z Roadster Touring test vehicle, is an interior typical to the Z-car. The instrument cluster has a center-mounted tachometer and seats are ideally suited to the aptitude of a Roadster. The seats are very supportive with just enough adjustability to keep two normal-sized adult occupants firmly planted but not overly uncomfortable. My 370Z Roadster Touring comes with ventilated and heated seats, which prove to be very useful with the top down while the blazing sun rays attempt to rid your body of all clear fluids. 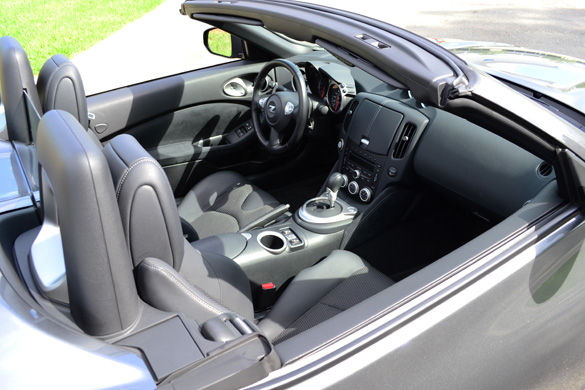 Being that the 370Z Roadster instills that Z car heritage and sporty traits, dating from the old 240Z and 280Z, it continues to transform the capable sports car and roadster market for Americans.