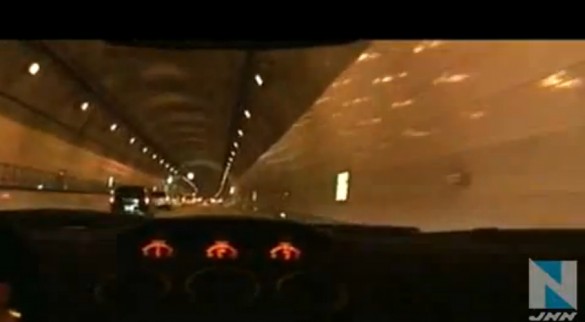 By now we shouldn’t have to tell you this, but apparently not everyone has gotten the message: posting videos of illegal acts on Youtube can come back to hurt you. The 38-year-old president of a Japanese manufacturing company learned this lesson the hard way when Hiroshima police arrested the man for speeding through a tunnel, back in 2010, then posting a video of it for the world to see.

As Asahi, JCarBlog and Autoblog explain, Mikami Tadao wanted to enjoy the sound of his Lamborghini Gallardo in a long stretch of tunnel. To preserve the moment for posterity, Tadao filmed the episode with a mounted camera, which captured him driving at roughly 60 mph over the posted speed limit. In order-obsessed Japan, that’s not an offense for which the police will look the other way.

Tadao now faces multiple charges for the event, and police have seized his personal computer and copies of all videos posted online. Do we even need to tell you that he’s facing a mountain of legal bills over the incident?

Here’s our recommendation: if you’re going to drive at speeds that would result in jail time, don’t film it. If you do film it, don’t include information that can positively identify you, your car or your location. Better yet, save the high speed stuff for the track, where you can film as many videos as you want without fear of a knock on your door.