How Does The Scion FR-S Compare To The Nissan 370Z? Video 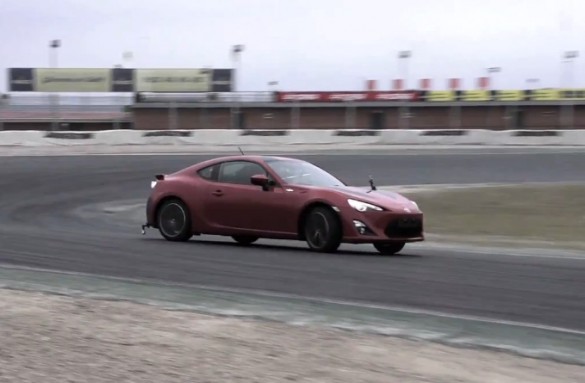 Now matter how hard you search the web, we’ll bet that can’t find a bad review on the Scion FR-S. The truth is this: no other car on the market today, except perhaps for the Mazda MX-5, delivers as much performance and fun for the dollar. Let’s be clear about one thing, though: performance doesn’t always mean straight line speed, and if the FR-S is lacking anywhere, it’s in the horsepower department.

Sure, there’s enough horsepower to provide reasonable entertainment (especially if you like to carry speed into corners), but you’ll never beat a car like the Nissan 370Z in a drag race. Does that make the slightly-more-expensive Nissan worth shopping over the Scion? As Chris Harris points out, the answer is, “not necessarily.”

In his latest video, Chris Harris compares the Scion FR-S to the Nissan 370Z and a used Porsche Cayman S. By his reasoning, all are sports cars and all are roughly in the same price bracket, so driving the cars back to back should yield a winner, right?

We won’t spoil the outcome of the video, but we don’t really agree that the cars are comparable. The Scion FR-S comes in one trim in the United States, and that model carries a list price of $24,955 with the six-speed manual transmission. The Nissan Z, on the other hand, starts at $33,900 without any options, which is a spread of nearly $9,000. If you’re buying a Rolls-Royce, perhaps $9k is inconsequential; at the lower end of the market, however, $9k is the difference between living on ramen to make your car payment and having to eat from dumpsters to make your car payment.

As for the Cayman S, a quick check of eBay Motors shows that even six-year-old examples are selling for over $35k, which puts them more on par with the Nissan 370Z than with the Scion FR-S. We suspect the Cayman S will only look like a bargain until something goes wrong or the car needs service, and then you’re back to dumpster-diving for sustenance (when you’re not enjoying a nutritious meal of dog kibble, that is).