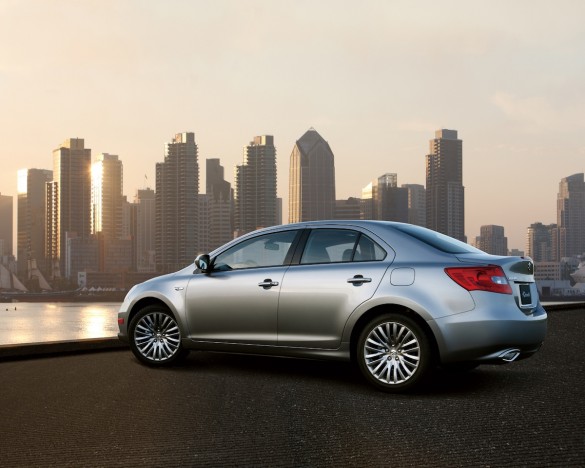 After nearly three decades of struggling for success in the U.S. market, Suzuki Motor Corporation will cease selling cars in the United States. The news came with the announcement that its sole U.S. distributor, American Suzuki Motor, had filed for Chapter 11 bankruptcy, citing $346 million in debt and $233 million in assets.

As Bloomberg Businessweek reports, Suzuki has no plans to shutter dealerships, which will be used to provide service for vehicle owners. The automaker plans to sell through its existing stock of vehicles, so no specific date has been set for its departure.

While most automakers enjoyed growing U.S. sales in 2012, Suzuki saw its tiny market share shrink even further. Through October, it had sold just 21,188 new vehicles; by comparison, Hyundai sold 50,271 new vehicles in the U.S. in October alone. Despite building solid cars, the automaker’s lack of advertising and weak dealer network plagued sales, as did over-hyped reports of danger with Suzuki’s early SUV offerings.

Worse, when the brand had marketing dollars to spend, it wasted them in bizarre campaigns. It’s hard to forget the media blitz that attempted to position the Kizashi sedan against the Audi A4 and BMW 3 Series instead of targeting cars like the Volkswagen Jetta and the Nissan Altima.

Suzuki will now turn its attention to India and Asian markets, where it enjoys strong sales against rivals like Hyundai and Toyota. Expect no changes for Suzuki’s motorcycle , ATV and marine engine business in the U.S. market.