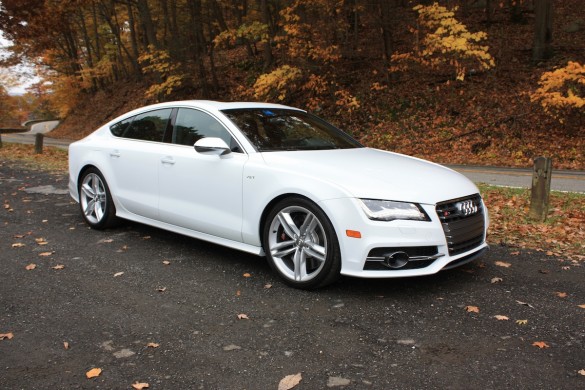 If you want Audi’s highest level of performance and you live in the United States, your choices are currently limited to the R8, the TT-RS and the RS5. Of these, only the RS5 offers up seating for more than two, but its coupe body style makes rear seat access inconvenient, and accommodations for second-row passengers aren’t exactly spacious.

If you want to haul four passengers in comfort, and we do mean HAUL, Audi of America president Scott Keogh has some good news: as reported by Motor Trend, we’ll be getting the RS7 Sportback four-door coupe at some point in the future. Power will come from a reworked version of the twin-turbo V-8 already used in Audi’s superb S8, which should give the RS7 plenty of entertainment value. Don’t head on into your Audi dealer just yet, though, since deliveries are still about a year and a half away.

If you were hoping for a four-door RS model at a more affordable price point, we’ve got bad news. Audi may not build the RS6 in a sedan variant, and we’ve already been told that the RS6 Avant (station wagon) won’t be coming to the United States, since Germans still believe that Americans don’t want wagons, even if they do have 552 horsepower.

If you’re a glass-is-half-full person, you’ll want to look on the bright side. Today, we can only get two RS models on these shores, but in the not-too-distant future we’ll have access to the TT-RS, the RS5, the RS5 Cabriolet and the RS7. To quote Mick Jagger, “you can’t always get what you want…. but you just might find you get what you need.