Mercedes-Benz Shows Us The 2014 E Class

Mercedes-Benz will show its facelifted E Class models at January’s Detroit Auto Show, but the three-pointed-star brand has released images of its updated models ahead of the show. As seen in the headlight-centric teaser video, the big news is a move from two-piece headlights (used on the current E Class) to a single-piece unit, with bold LED running lights, on the 2014 E Class. 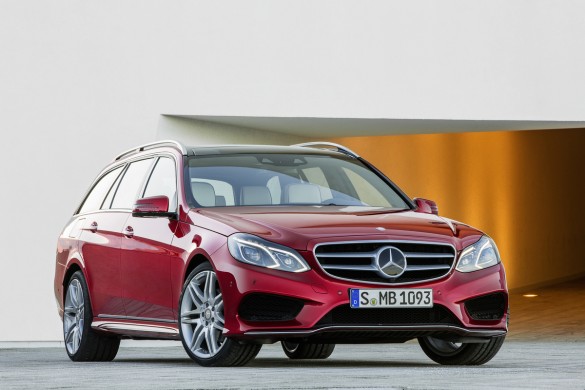 That’s not the only news, as both front and rear gets styling changes meant to make the car look sportier (likely attracting a younger demographic). From what we can see, Mercedes-Benz hasn’t really changed the size of the air intakes on the front fascia, but it has restyled them to look bolder and more pronounced. The chrome grille is a bit softer at its edges, too, perhaps to lend a more aerodynamic appearance. 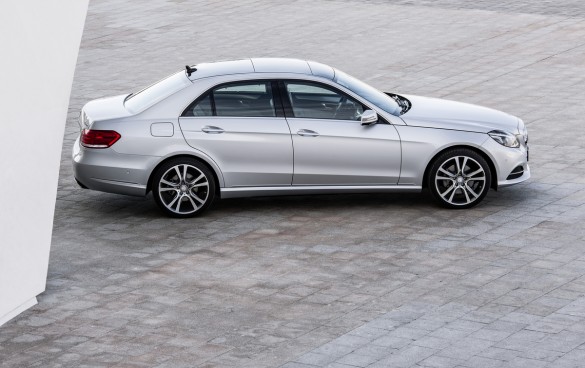 In the rear, the bumper and fascia have been (slightly) reshaped to lend a smaller, more streamlined look to the back of the car. The big news here, though, is the disappearance of the “pontoon” rear fenders used on current E Class models. For 2014, this styling trait has been replaced with a sharply-creased character line, and we have to admit it looks much better on the car. 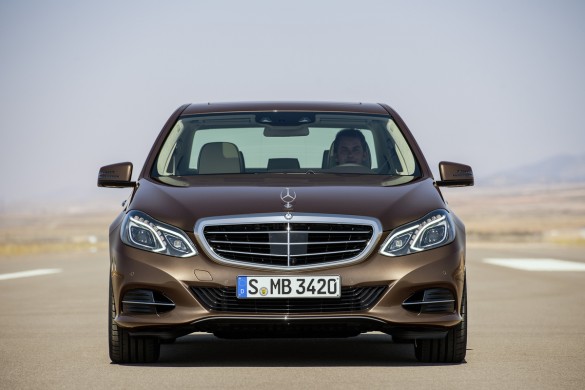 Like the current E Class, Mercedes-Benz will offer the 2014 models, in sedan, coupe, convertible and wagon form. Look for more details to come out of the Detroit Auto Show, and look for the new E Class models to begin hitting dealers in the first quarter of next year.