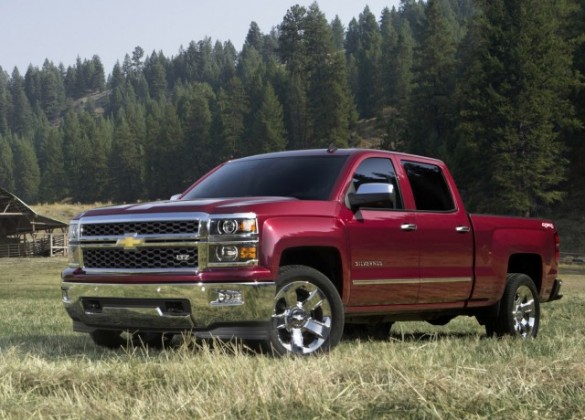 With most new automobiles going the way of ‘uber-efficency’, some may have thought full-size pickup trucks were doomed just like the dinosaurs 65 million years ago. Here in America, that thought has been buried along with the notion of full-sized trucks become soft as GM introduces their new 2014 Chevrolet Silverado and 2014 GMC Sierra. 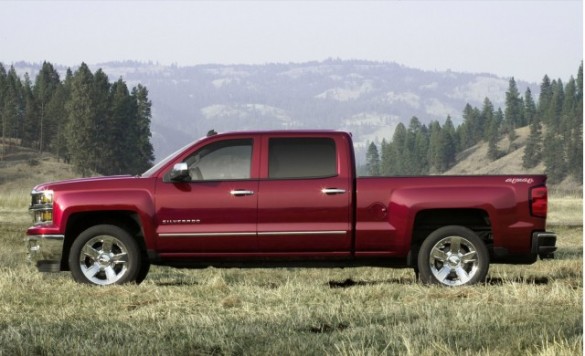 The Chevy Silverado 1500 and GMC Sierra 1500 have been boasting the same design since 2007 literally pulling the duty alongside of a short list of full-sized pickups from other automakers. For the 2014 model year, GM takes personalization to a new level considering how full-sized trucks are serving dual purposes being the family vehicle and work truck at the same time. New offerings such as the new MyLink in the Chevy and IntelliLink in the GMC combining Bluetooth connectivity, Pandora streaming audio and natural-language voice commands all fed through a color 8-inch LCD touch-screen. 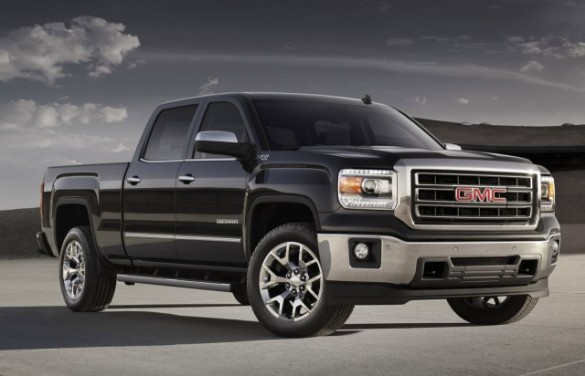 When it comes to a truck, the cargo, including passengers of course, must not be left out of the comfort equation. With that said, the new line of trucks get new innovative features such as a new damping system for the tailgate, LED bed lighting, a rear-bumper cargo-step system for easy access and movable tie-downs. Crew-cab models will get wider door openings while extended cabs get front-hinged doors. The backseat space has also been increased. 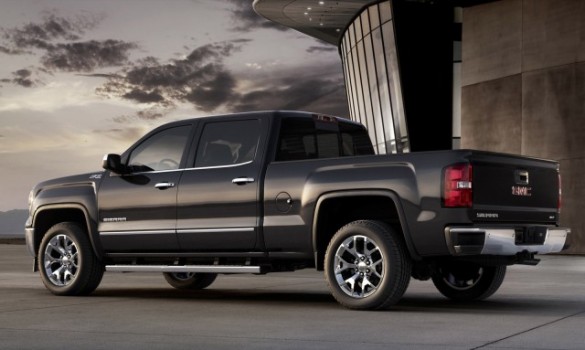 When it comes to a full-size truck, you really cannot cut corners with power output and towing capacity. The good news is a new small-block EcoTec3 engine family do not slack on the job with some added fuel efficiency. The standard engine is a completely new 4.3-liter V6 based on GM’s latest V8s – not related to last generation V6 engines. 5.3-liter and 6.2-liter V8 engines are also available. All engines get direct injection, cylinder deactivation technology and continuously variable valve timing. Power ratings and EPA fuel consumption figures have yet to be released but we expect to see numbers slightly bettering all of the previous generation GM trucks. 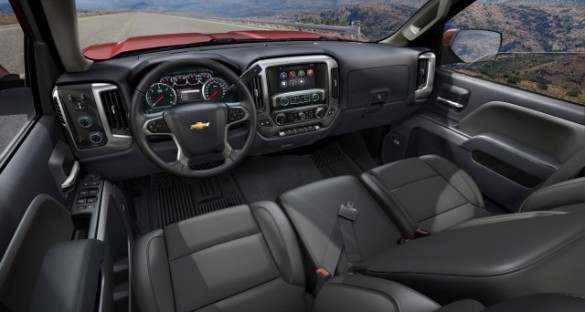 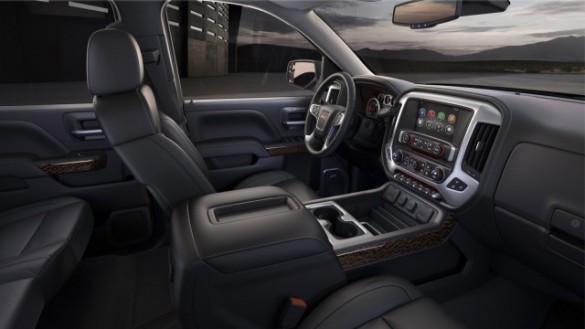