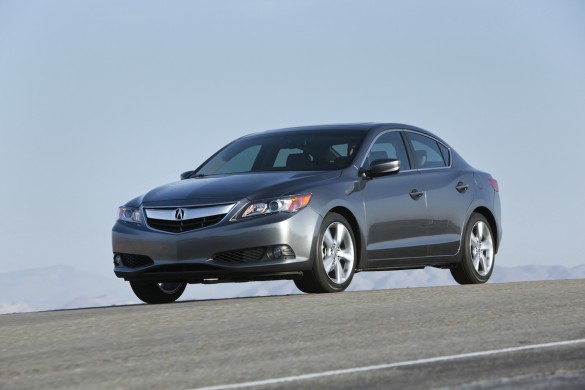 Here’s how things were supposed to go: by badge-engineering a luxury-infused Honda Civic, then backing it with an uban-hipster targeted marketing campaign that said “be thankful that dad had you before this car was around, or he’d still be out chasing tail,” Acura believed it could phase out the aging TSX and sell 30,000 ILX models per year on sizzle alone.

The public didn’t quite buy into that argument, and failed to see the appeal of a Honda Civic with slightly different body work and a price tag some $7,700 higher (when comparing base models of each). Modest power was acceptable in a Civic, but Acura buyers have different expectations, so the projected sales failed to materialize.

How bad is it? As Automotive News (subscription required) points out, the aging TSX has regularly outsold the ILX in 2012, as have products from the competition. In November, Acura sold 2,108 ILX models, compared to 2,197 Volkswagen CCs, 3,343 Audi A4s and 3,574 Buick Veranos. When your Millennial-targeted car is losing ground to Buick, desperate action is called for.

To correct that, look for Acura to launch an automatic transmission variant of the ILX, powered by the same 2.4-liter four-cylinder used in the TSX. That engine is currently used in ILX models, but only comes mated to a six-speed manual transmission. Opt for the 2.4 and the 6MT, and the Technology Package (which includes the upgraded audio system and a hard drive based navigation system) isn’t currently available. We expect Acura will correct this in the near future, too.

Will that get the ILX to the level of sales expected? The answer is “quite possibly,” since the model only needs another 6,000 – 8,000 unit sales annually to reach targeted goals, and the 2.4-liter engine with a six-speed automatic would be a unique product in the Honda Civic / Acura ILX family. Honda Civic Si models currently use the 2.4-liter four-cylinder engine, but (also) come only with the six-speed manual.

Firing the agency that created the marketing campaign for the ILX would be a step in the right direction, too. At best, the ads were ineffective, but many took them as insulting. Alienating your buyers before they even set foot in a show room isn’t a good way to sell cars.