A Morgan Plus Eight, In Just Two Minutes: Video Link 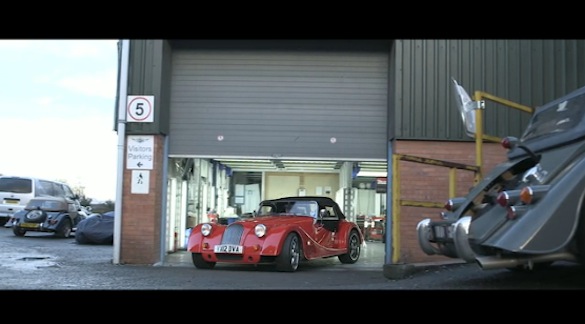 It can be argued that modern automobiles, no matter how good they’ve become, lack a certain amount of personality, that spark of magic, or even the mechanical equivalent of a soul. We have, it would appear, tossed aside the elemental joys of motoring in search of ever-increasing horsepower and lateral acceleration.

One maker that’s stayed essentially true to its roots is Morgan, the British manufacturer of high-end retro roadsters. Founded in 1901, Morgan still produces cars using ash wood frames for lightness and strength, and craftsmen, not robots, still assemble its cars by hand.

Though Morgans have evolved with the times to meet modern safety and emission standards, they’re still a throwback to an earlier time when driving was considered a pleasure, not a mere chore. You can load up a new Morgan Plus 8 with an impressive array of bespoke options, but chances are its hand-fitted top will still leak in the rain.

On the other hand, its style is absolutely timeless, and a Morgan Plus 8 will look as good fifty years from now as it does today. It’s distinctive, and you’re likely to be the only one on your block (or even in your entire city) with a Morgan roadster parked in his garage.

It takes a team of artisans a full month to construct a Morgan Plus 8, but thanks to this video produced by Britain’s The Telegraph, you can watch the build in two minutes. Be forewarned, though; watching the video is likely to produce an irrational longing to park a Morgan Plus 8 in your driveway.

Since the video doesn’t embed, you’ll need to follow this external link to The Telegraph’s website to view it.