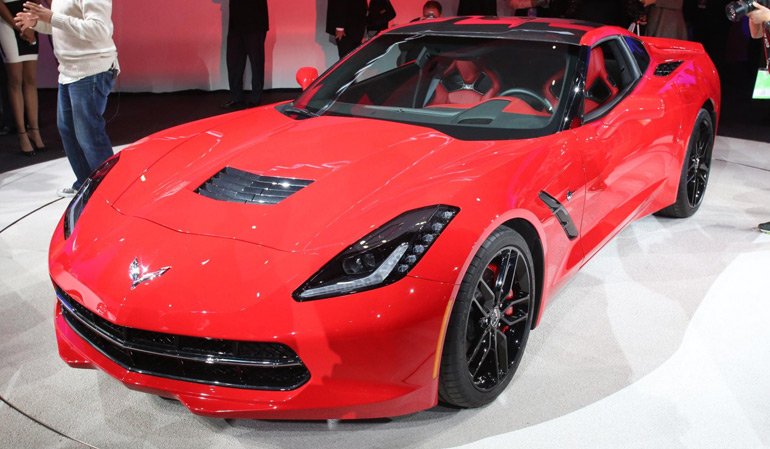 The all-new 2014 Chevrolet Corvette Stingray has managed to re-captivate enthusiasts all around the world, even those who were never really fans of the iconic American sports car in the first place. Being that the Stingray has reignited the love for the Corvette; the forward momentum will not stop any time soon as Chevrolet appears to make plans for launching Z06 and ZR1 versions of the new C7 Corvette.

A report out of Motor Trend states that the C7 Z06 will get an updated version of the 7.0-liter V8 engine with as much as 600 horsepower. Then, things start to really get interesting in the report as it speculates that the next ZR1 could see as much as 700 horsepower from both supercharging and twin-turbocharging the engine.

Rumors have already circulated that General Motors is testing an engine with sequential forced-induction for powering the next ZR1 as well as the Cadillac CTS-V. Usually horsepower figures for the Z06 and ZR1 are respectively separated by over just over 100 horsepower. Naturally the next CTS-V will get a slightly de-tuned version of the forthcoming C7 Corvette ZR1’s engine as it does for the current model year.

As it looks, in technical retrospect, these numbers are rumored by Motor Trend should not be too far off from reality. If things start to go south below 700 horsepower with the range-topping C7 Corvette ZR1, expect the Z06 to get under 600 horsepower while the Cadillac CTS-V falls in line using the same horsepower gap numbers that we currently see.

Either way, the new C7 Corvette Z06 and ZR1 will be better performers incorporating a better variation of everything you see in the new Stingray with a hard-core edge on performance. We won’t see these American iterations of supercar bliss action in the new Vette launched out of showrooms until at least a year from now but for now, let’s keep our fingers crossed for that 700 horsepower mark.