Turbodiesel Audi A4 Coming In 2014 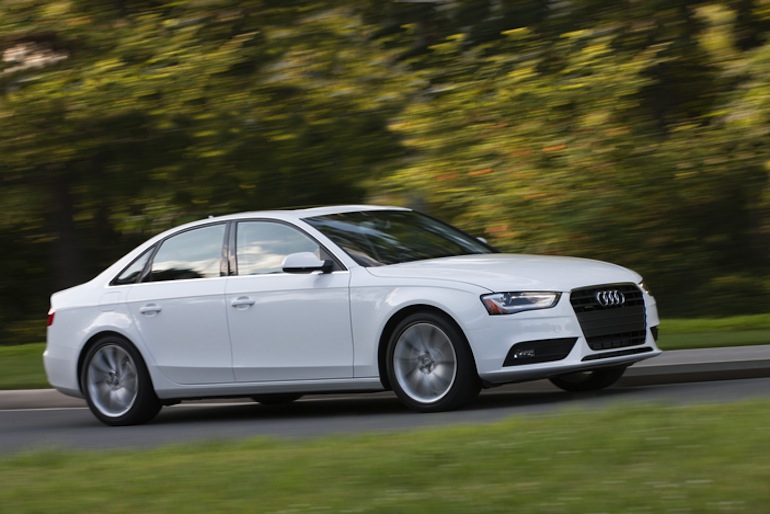 A few years back, Audi boasted that it would soon offer diesel versions of every model line it sold in the United States (excluding the R, S and RS vehicles). To date, however, that list includes just the A3 TDI and the Q7 TDI, meaning that there’s still room for a lot of oil-burning Audis in U.S. dealer showrooms.

Perhaps the most eagerly-anticipated Audi diesel is the A4 TDI, a car we expected to be on sale by 2013. In a Tuesday morning conference call, Audi of America president Scott Keogh updated the German luxury brand’s position on diesels in the United States, and it really comes down to timing.

The current Audi A4, built on the B8 platform, is due for replacement in 2014. The new B9 Audi A4 will use a completely different platform (Volkswagen Group’s MLB Evo), so absorbing the cost of building a U.S.-market diesel A4 on the old end-of-life platform made no financial sense.

We’re hoping that means development of the U.S.-spec B9 A4 TDI is well under way, and that the car will launch in the U.S. at the same time as other new A4 models. That’s expected to be sometime in 2014, though to be honest we’d expect it to be late in the year.

Look for the A4 TDI to come to market with Audi’s 2.0-liter turbodiesel four-cylinder engine, and not the more expensive 3.0-liter V-6. Though specs are still a long way from being finalized, you can expect the A4 TDI to deliver at least 140 horsepower and 236 pound-feet of torque, which is the rating for the same engine in the A3 TDI.

There are plenty of other diesel models in Audi’s short-term future, too. The A8 TDI will likely arrive first, in the second quarter of 2014, followed by the Q5 TDI, the A6 TDI and the A7 TDI.