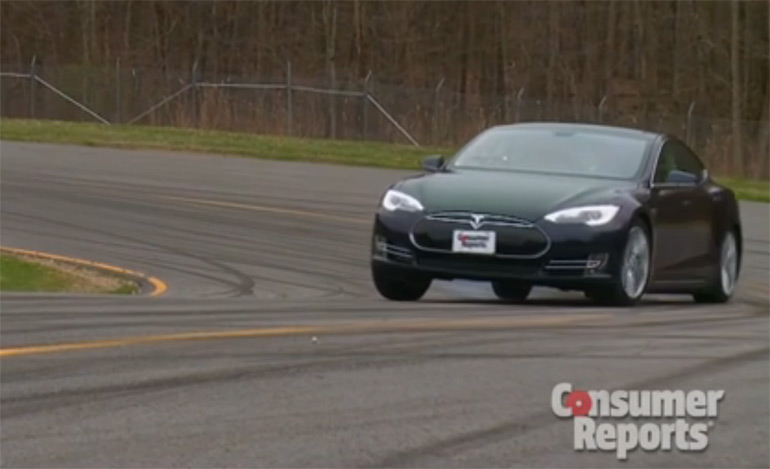 Consumer Reports is known for being brutally honest about automobiles, sometimes to the point of forcing an automaker to make an immediate change to their vehicle or pull out all their stops to introduce a much better next-gen model. Entering into the testing and rating of an all-new electric vehicle is a completely different task to tackle, but as it turns out, Consumer Reports has given the all-new Tesla Model S an impressive 99 out of 100 score, their highest evaluation score.

A lot is not known by the general public about the new Tesla Model S but that is about to turn around as Consumer Reports releases their test scores on the new purpose-built all-electric luxury sedan. CR claims that the Model S excels in just about every test criteria when pitted against petrol-burning competition. Even in the electric car realm, there is nothing else like it that can tout a 200+ mile range on a single charge. Not to mention, the long list of techno-gadgets and iPad-like central 17-inch touch screen.

As Americans, we really take pride in that the Tesla is a relatively new American car company taking things on with a different approach that is actually working for them. We welcome you to check out the CR video on the Tesla Model S below and watch as they drift this electrified luxury sedan around a track.