GM Plans to Shut-Down Plants For The Summer 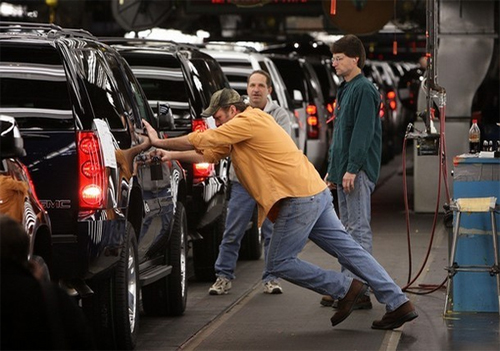 At this point, there is no doubt in my mind; GM will be filing for bankruptcy soon. Confirmed by various sources, GM cannot file until after sometime in June of this year. General Motors is looking to conserve every last bit of the money that they have. With the date for them paying back the $1 billion is closing in on them they realize that it simply cannot be paid back. It has been reported that GM plans to idle most of its domestic plants this summer for as long as nine weeks. GM employees will be notified before any official announcements or moves are made towards the idle. It is expected that staggered closures could start as early as May.

Many fear that this could cause a trickle-down effect on the automotive suppliers who are trying to hold-on until some sign of relief or growth in the economy.

WE will all have to literally RIDE this one out and see what takes place.

What do you think? Will GM file bankruptcy in June? Should they?