Cars with Animal Names: From the Good to the Awful

New cars named for animals are nearly extinct these days, but over time there have been at least 50. Except for the engine’s horsepower, few animal associations remain in newer cars. Animal names seem a natural fit for vehicles when you consider the freedom of the open road and dangerously cool image that most are happy to inspire in potential buyers. In no particular order, here are some of the most memorable (although not always logically-named) animal-inspired cars.

Ford Mustang: A favorite of the mid-’60s, the Mustang was introduced in 1964. Ford’s other horses, the Pinto and Maverick, never quite achieved the popularity of the Mustang. Seen as spirited and wild, the Mustang was christened a pony car, youthful and full of energy with a price younger people could afford. Ford Pinto: Pinto never approached the popularity of Ford’s other pony, Mustang, which might have had something to do with the whole explosion factor that made the first version in 1971 less than attractive to car buyers. Safety features were finally added in a big recall effort in ’76, which pulled in the ’71-’76 models, along with the equally dangerous ’75-’76 Mercury Bobcat.

Mercury Cougar: This wildcat car was Introduced in 1967, to one-up Ford’s pony-car horse imagery. (Mercury also offered other felines, such as the Lynx.) The Cougar looked a bit like an electric shaver from the front, with disappearing headlights hidden behind flip-up doors/panels. Envisioned as a luxury sports car and advertised as “the man’s car,” it also sold well to women.

The VW Beetle: Strangely, the cute, friendly-looking little car was said to go into production at the behest of Hitler, who envisioned a car that would seat the ideal German family of two adults and three children and fill the system of highways he also envisioned. It’s also said he stole the idea from a Jewish engineer. The true given name of this little car was the Volkswagen Type 1, but it was commonly known as what it looked like: the Beetle or Bug. The company only began marketing it as a “Beetle” in the late ’60s. Although there are more species of beetles (the insect) than any other life form on Earth, the popular VW version has never been quite that plentiful. 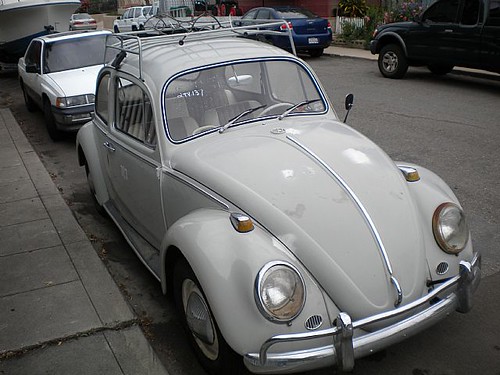 Hudson Hornet: This car weighed about 5,000 pounds — no logic there. Cool-looking cars with a low center of gravity, Hornets dominated stock car racing in the ’50s. They’re among the most collectible of cars, according to car buff Jay Leno. Never one to abandon a theme, the Hudson company also put out the Wasp (which was an upgraded version of their unfortunately named Pacemaker).

Ford’s Shelby Cobra: This one arguably looked the most like it’s animal kingdom namesake, with the uniquely curved cowls extending to widen out the front end — like the actual reptile’s hood. It was rather small, but could look pretty threatening when seen approaching fast in your rear view mirror. Excess speed won’t be a problem in the latest version. 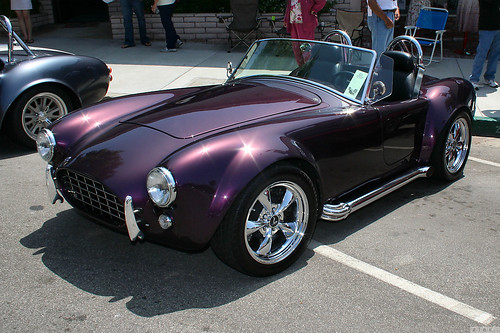 Dodge (now XRT) Viper: The latest model of this powerful car calls to mind a sleek yet venomous snake that attacks the road with a 640 horsepower V10 engine.

Chevrolet Impala: An early design engineer said the Impala was meant as a prestige car for the average American. Featuring a graceful, leaping logo, early versions were anything but. They were 18 feet long and wide enough to serve dinner for six on the hood. Did they corner well and leap lightly over ruts in the road? Nope. They did, however, have flowing lines that suggested graceful motion in the trunk area, sprouting in 1959 what car mags called bat-wing fins above cat-eye taillights. Today’s version has a more sedate look. 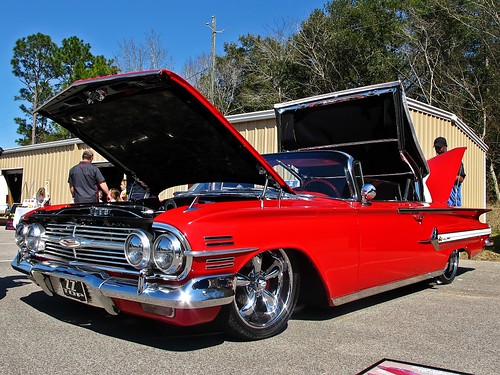 Plymouth Barracuda: The Barracuda’s animal counterpart is a powerful fish that can grow to nearly seven feet in length and a foot wide. Appropriately, the namesake car was big, with a set of “gills” in the hood and a front end/grill that looked a bit like a ferocious face with an open mouth. The car was fearsome-looking next to smaller, less powerful cars on the road — think of a goldfish staring down a barracuda underwater. The voracious, predatory look of the car attracted a lot of attention, especially in the mid-’60s through ’70s.

Chevrolet Corvette Stingray: Introduced in 1963, this curvaceous yet futuristic-looking American sports car proved they didn’t all have to come from Europe. What unique qualities are you looking for in your next car? Nowadays, dealers such as Chapman in Scottsdale are selling new bugs for under $26,000, but back in 1960, the original beetles sold for about $1,600, with convertibles starting at $2,055. Bugs are still a bargain, and today’s version offers a few amenities not available back then.