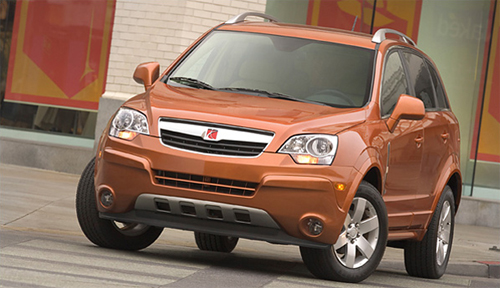 General Motors Corp.’s Saturn brand will be either sold off or phased out by the end of this year. Earlier announcements said that it would have been at least 2 years before Saturn would technically “go anywhere”.

Saturn’s General Manager, Jill Lajdziak, said the brand, once billed as a different kind of car company, most likely will be sold, given the interest of several buyers who have surfaced. The decision to “off” Saturn this soon was mostly due to all of the talks surfacing of potential buyers. That will allow GM to restructure faster and thus helping to grow the company.

Looking deeper into the picture of GM without Saturn brings about the fact that GM will loose about a quarter of hybrid sales. Not that Saturn Hybrids are the best thing since sliced bread, it will be a big backwards movement. Hopefully of the success that is riding on the Chevy Volt will fill the fuel savings vehicle sales void.

Saturn sales dropped an astonishing 59% in the beginning of 2009.

Recent talks in the automotive community consisted mostly of the demise of Pontiac. GM continues to look into selling off the Saturn, Hummer and Saab brands. As GM restructures this could ultimately keep them out of bankruptcy court. Only time will tell.