I love Tuesday nights at The Cummer Museum of Art & Gardens. Thanks to Florida Blue, admission is free from 4-9pm and my family has a long tradition of traveling to 829 Riverside Avenue to enjoy the immaculate gardens, priceless artwork, interactive displays in the children’s Art Connections, and a cup of coffee in the Café. 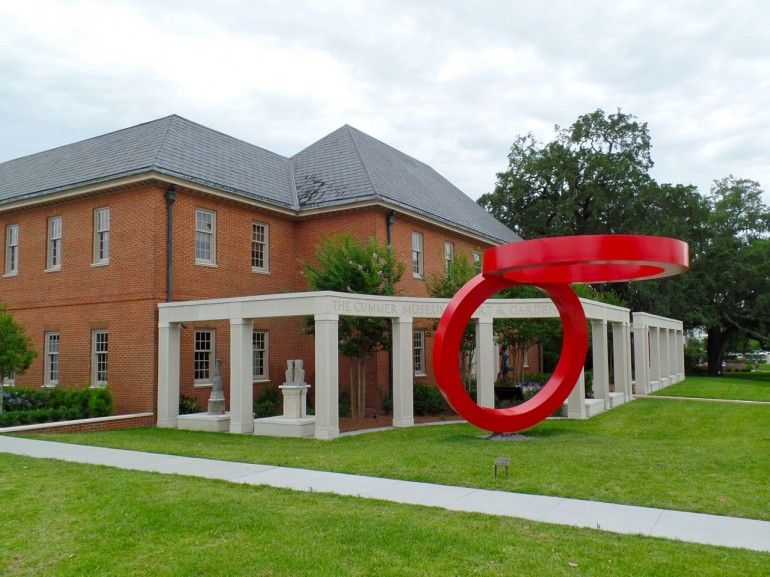 Every trip to the museum is an event to remember, spending time with family and friends at one of Jacksonville, Florida’s finest cultural treasures is always a treat. But my visit on May 28, 2013, is easily the most memorable of them all.

To compliment the Cummer’s permanent collection, the museum had opened a special visiting exhibition, Future Retro: The Great Age of the American Automobile. The exhibit consisted of a collection of post World War II hand drawn car designer illustrations and six pristine vintage vehicles, hand picked by Amelia Concours d”Elegance founder and chairman Bill Warner. Displayed in one of the museum’s largest galleries, the cars were positioned perfectly and illuminated to showcase the drivable artwork’s lines and allow every piece of perfectly polished chrome to shine. 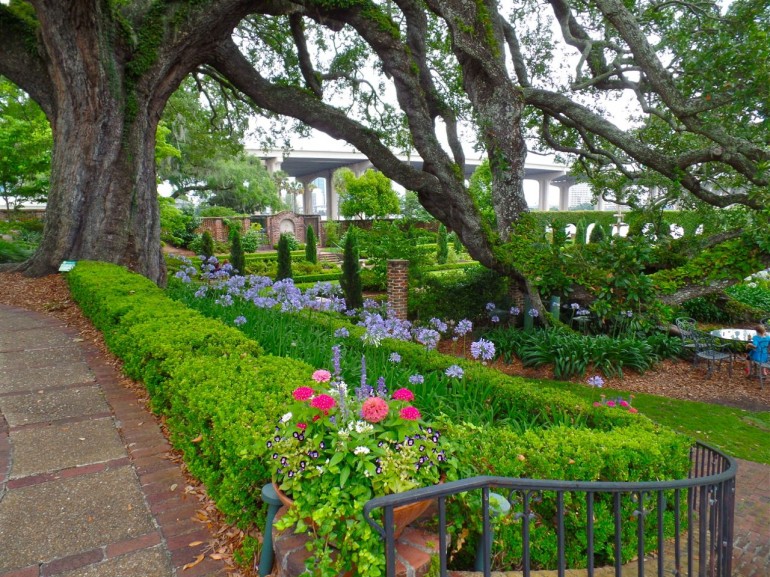 While staring at an extremely rare – very few of the original 55 built still exist – and valuable 1963 Chrysler Turbine car, my daughter grabbed my hand and quietly whispered, “that guy with the mustache looks a lot like Shad Kahn.” I looked up from Chrysler’s technological masterpiece and said, “That IS the owner of the Jacksonville Jaguars, he loves cars too.” 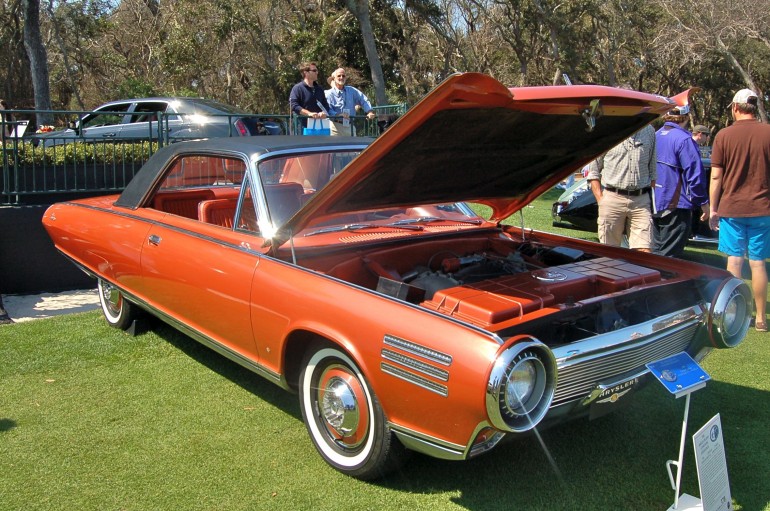 Chrysler Turbine at the 2014 Amelia Concours

I reluctantly walked over and introduced myself. He was warm and inviting, and although I was awkward, Kahn assured me through his kind words and gentle demeanor that I was a welcome intrusion.

After talking for a few minutes about the team, his beautiful yacht, and the amazing potential of our city, the conversation turned to the obvious, cars. Shad’s knowledge of the automobile is extensive. He may be famous for being the owner of Jacksonville’s football team, but it was his entrepreneurial work in the automotive industry that made Kahn the 122nd wealthiest American.

We spoke for a few minutes about Chrysler’s gas powered turbine wonder, he reminisced about the missed opportunity he had to purchase one at a bargain price a few decades earlier, and how each of the remaining cars were now priceless. I asked him which modern cars he found interesting and he pointed at my hat and said, “I think the Jaguar F-Type is a beautiful car, do you own one?” 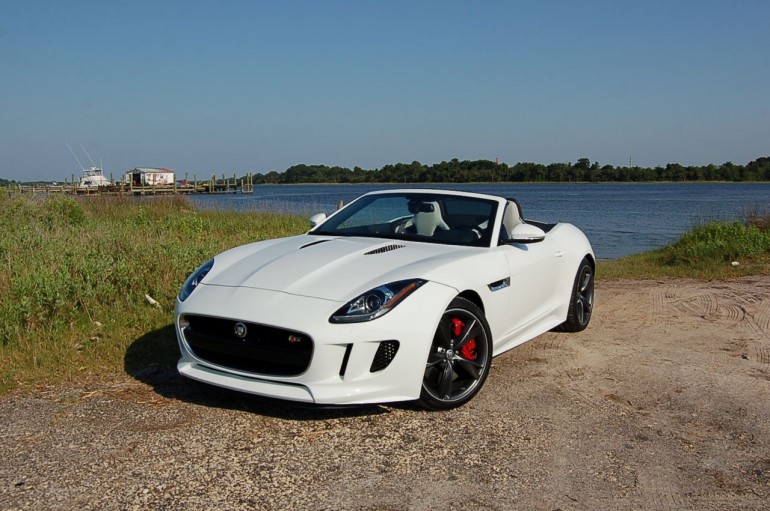 It took me a second to remember that I was wearing a Jaguar F-Type baseball cap, and then another second to remember that I did not own one.  I will never forget that conversation; my time with multi-billionaires is limited. So this week, when Jaguar delivered the supercharged 2014 F-Type S Convertible for me to review, I instantly recalled Kahn’s spot on analysis of the vehicle, the Jaguar F-Type is undeniably a beautiful car. 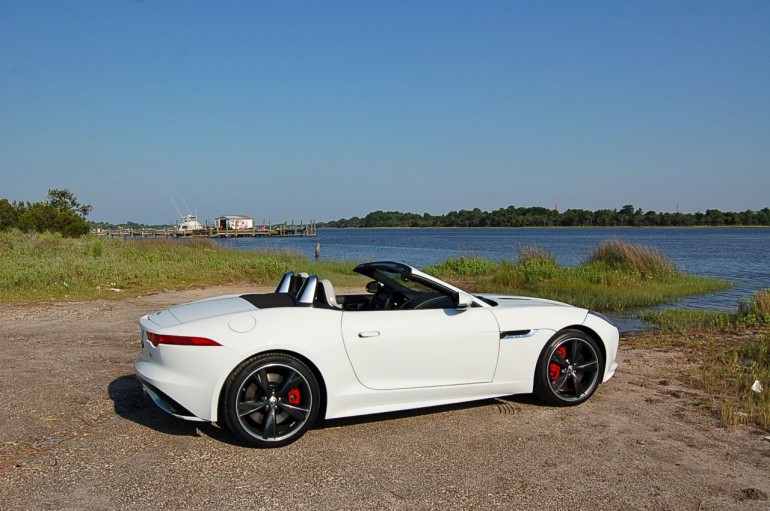 The exterior styling of the 2014 F-Type reimagines the classic shape of the vintage E-Type. The front grille and headlights, long louvered clamshell hood, sculpted doors that abruptly end giving way to a prominent bump that rises into the rear fenders and terminates at a sharp angle at the rear bumper will immediately remind long time Jaguar enthusiasts of the golden days of Jaguar’s legendary two-door convertible sports car. 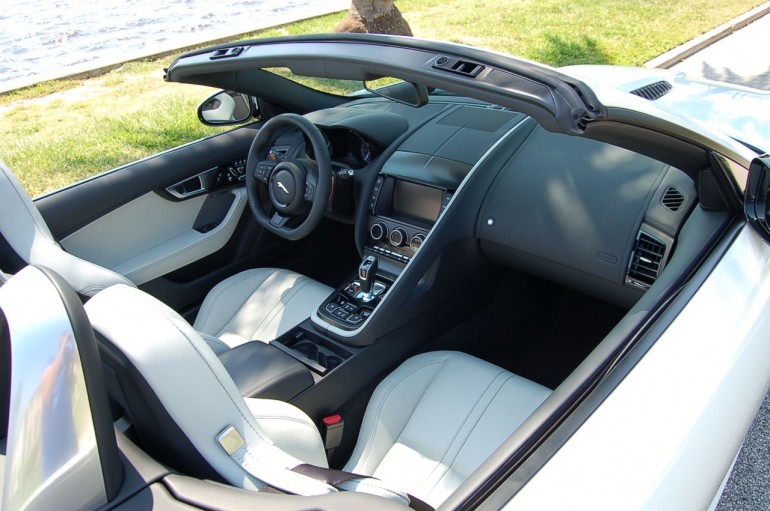 When you approach the F-Type and closely examine the painstakingly detailed roadster, you appreciatively recognize the craftsmanship; the car belongs along side the beautiful vehicles that Warner chose for the Cummer exhibition. From the carbon fiber accented wheels and brightly painted brake calipers to the contrasting black louvers and chromed badges that would look at home on the wall of a museum, the Jaguar F-Type also qualifies as driveable art. 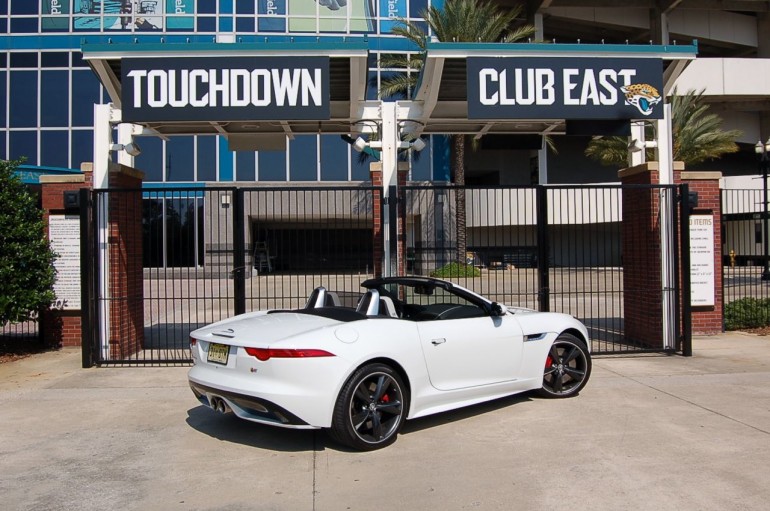 The interior is an exercise in performance luxury. The optional 14-way power leather performance seats allow the driver and passenger to dial in the perfect seating position and store it to one of three instant recall memory buttons. The dashboard and console represent modern computer based technology and touch screens, but Jaguar also realizes that a real volume knob for the radio and actual switches, buttons, and rotary dials are still preferred by the majority of drivers. Once again, the F-Type thrills by combining state of the art tech with time honored convention. 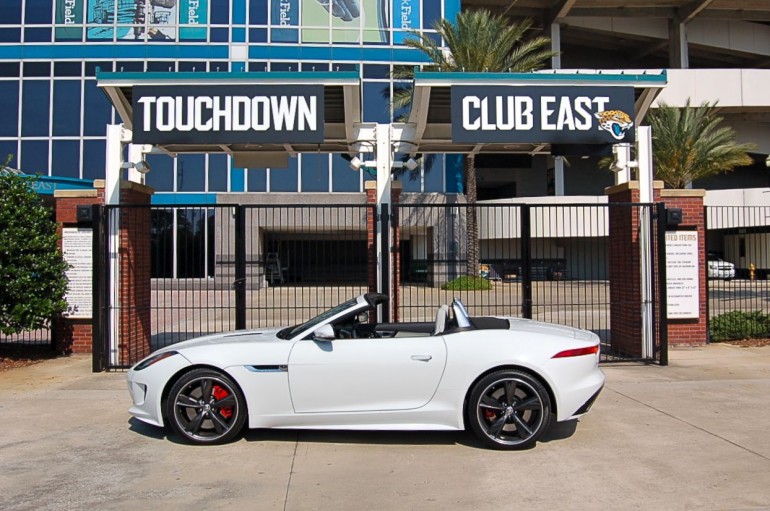 The 2014 Jaguar F-Type S, as beautiful as it is, would be completely remiss if relegated to the role of garage queen. The 2014 Jaguar F-Type S is a driver’s car.  The mid-level 380 hp, 339 lb-ft, 3.0L supercharged V6 engine is powerful enough to propel the two-seater from 0-60mph in 4.8 seconds and continue to a top speed of 171 mph. There are more powerful sports cars, even the F-Type can be equipped with a 495 hp 5.0L V8, but the supercharged 3 liter engine, spectacular 8-speed QuickShift transmission, and Adaptive Dynamics suspension provide one of the best driving experiences possible and reward your moderation with 19 mpg city and 27 mpg highway. Unlike many of today’s sport and muscle cars that require breaking the law to experience the car’s potential, the smaller displacement engine allows the driver to wring out every horsepower and push the car much closer to the edge before the flashing red and blue lights appear in the rear-view mirror. 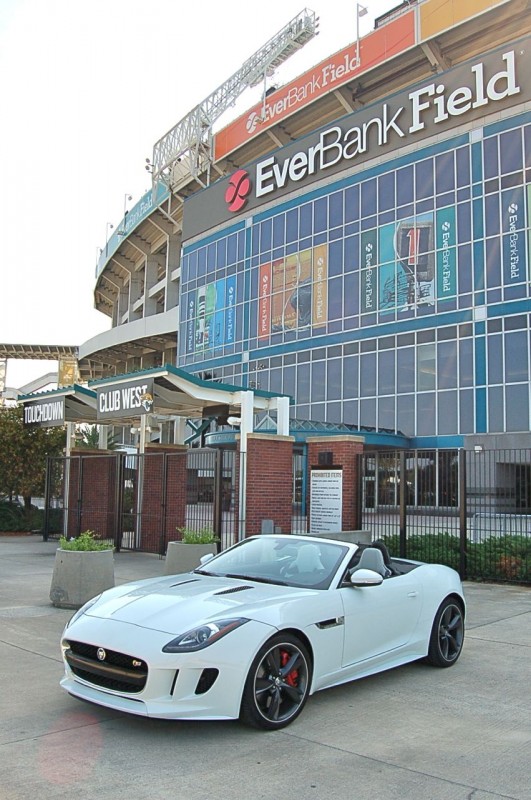 When I asked Amelia Concours founder Bill Warner for his opinion on Jaguar’s new F-Type he had two words for me, “the exhaust.” The work that Jaguar has done in tuning the exhaust note on the F-Type should be awarded with a Grammy nomination. Very few cars talk to the driver the way that the supercharged F-Type does. The initial snarl under acceleration is answered with a series of angry pops and gurgles when the throttle is released. The reinforcing explosion heard between shifts makes you giggle. 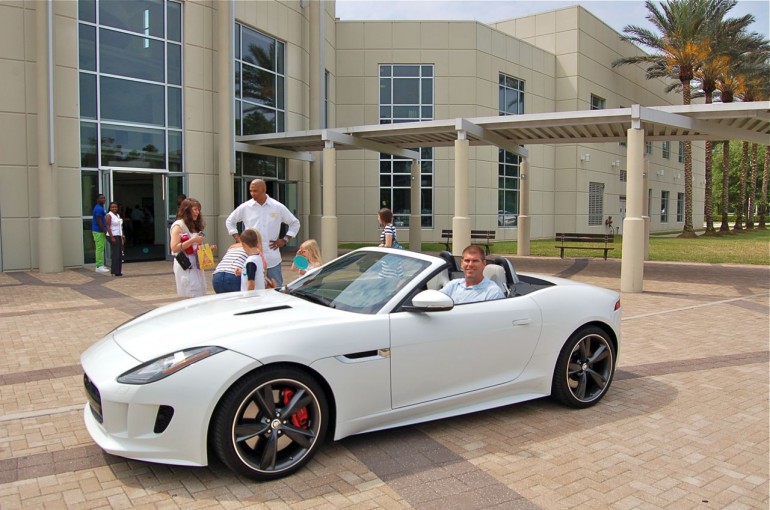