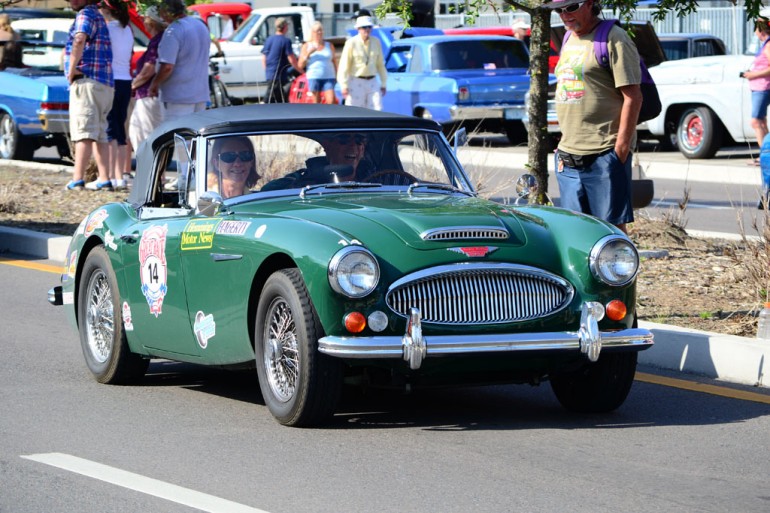 The sun was bright, nary a cloud in the sky, the air temperature in the nineties. Thousands of spectators lined both sides and the median of Main Street patiently awaiting the arrival of the first of the 109 cars that represented the 2014 Hemmings Motor News Great Race presented by Hagerty. 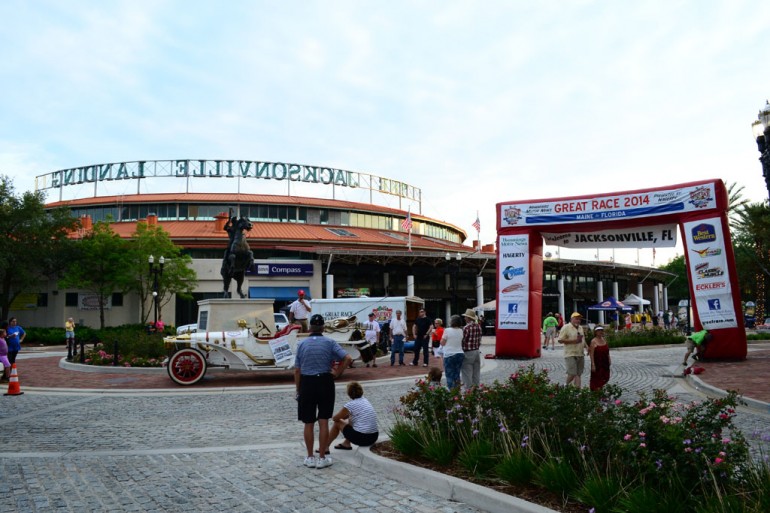 The 2014 Great Race began on June 21 at Ogunquit Beach, Maine and took the drivers and their vintage vehicles across 13 states and more than 2,000 miles of roadways. Thankfully, a few miles of the race included crashing Jacksonville’s Main Street Cruise and stopping at the Jacksonville Landing before making the final run to Lake Sumter Landing in The Villages, Florida.

Founded by Tom McRae and Norman Miller, The Great Race ran the inaugural event in 1983. Unlike a traditional run around a track, the goal of The Great Race is not who can cross the finish line first, but which team can most closely follow detailed instructions, winners are calculated through a points system accumulated as racers are judged while passing secret checkpoints. 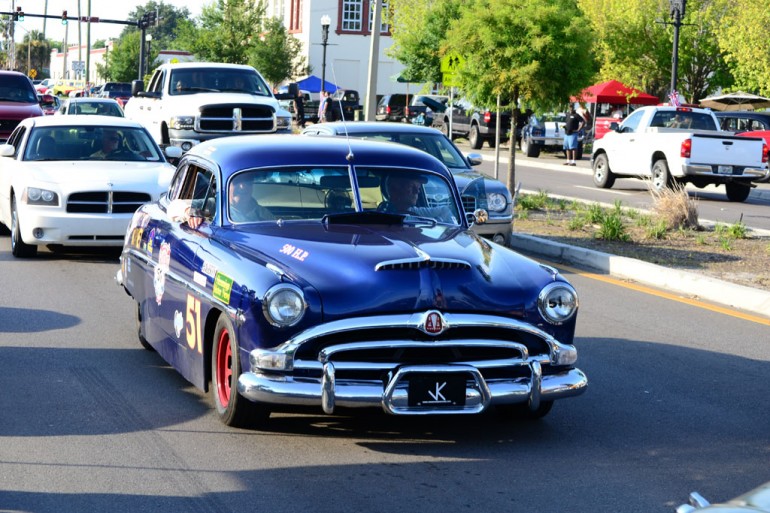 The Jacksonville reception of the The Great Race was enough to make even the most notorious of curmudgeons grin ear to ear. Between the collective sigh of relief after the recent city permit inspired cancellation and then re-institution of the Historic Springfield Main Street Cruise and the sheer joy of seeing vintage classic cars and their drivers nearing the end of what can easily be defined as one of the most grueling motoring experiences possible, the atmosphere was electric. 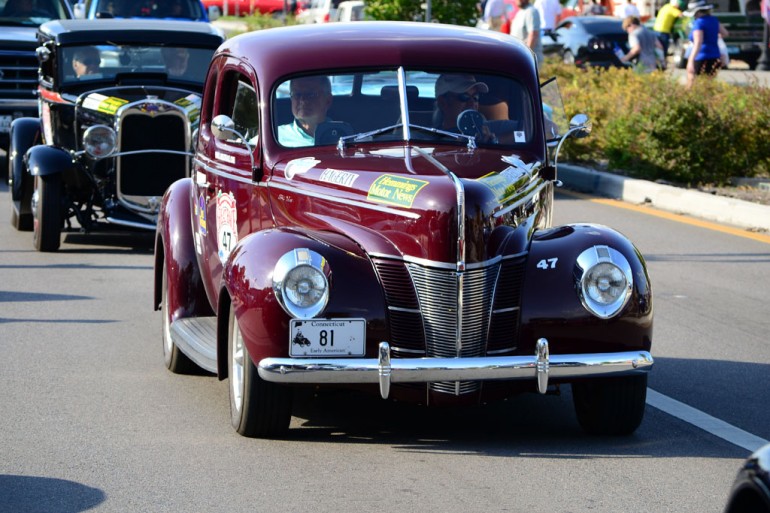 The combination of one of the nations largest cruise nights, hosting hundreds, if not thousands of vintage, classic and modern collectibles, and Hemmings legendary Great Race created an evening that deserves to be chronicled in the history of our city. 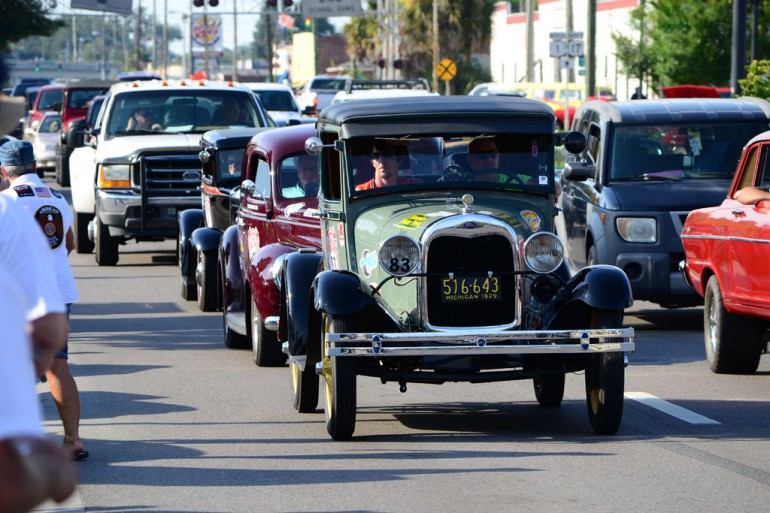 If the revival of downtown Jacksonville is a priority, then June 28, 2014 was truly a landmark date in that effort.

“We rolled into Jacksonville, Florida (JAX to its friends) to a STUPENDOUS welcome – the incoming street was lined with people and local specialty cars and cruisin’ goin’ on all over!  Hootin’ and hollerin’  One angel on the sidelines brought us cold wet towels!  Draped around our necks, they pulled our brain temperatures back into double digits, as we slowly passed the appreciative gauntlet.  Sorry, no pix – i worked hard not to crash into anything or anyone, pumping my brake pedal like a pipe organist.  The finish was a joy as well.  A handsome street by the water and mall: cool air, food court – who could ask for more?  Dave even recruited a team of locals for next year!  He’s also great with the spectator kids, who like to try on our big boat for size.  Likely he enjoys that play as much or more than the kids he entertains!”