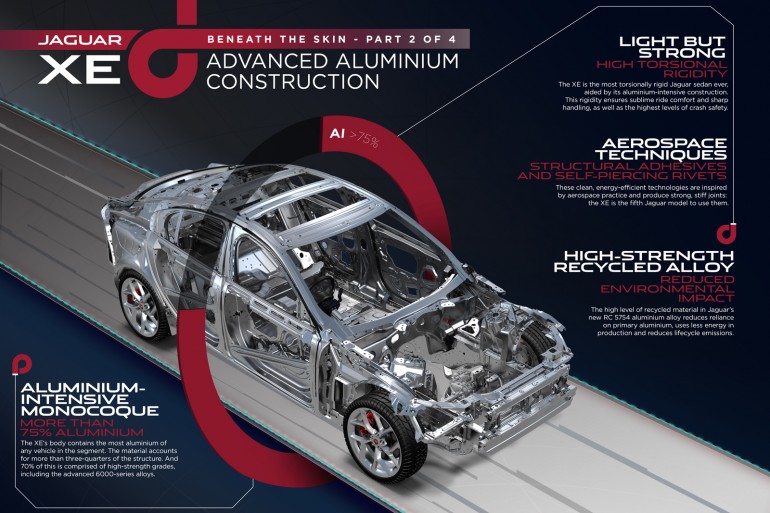 There is still much unknown about the yet-to-be introduced Jaguar XE other than it is due to be slotted as their new compact sports sedan aimed at the BMW 3 Series and other vehicles in that highly competitive segment. Details of the all-new Jaguar XE, suspected to arrive early 2016, are slowly emerging as we get our hands on the idea of the XE getting more than 62 mpg (over 75 mpg for European NEDC combined cycle standards / 62 mpg for US standards) from one of its powertrains.

Of course, with numbers like 62 mpg, that suspected powertrain is thought to be a diesel. The other engines, though not confirmed, is rumored to have a new 4-cylinder turbo and supercharged V6 with 380 horsepower join the rankings for powering the new Jaguar XE.

UPDATE: This is what the new Jaguar XE looks like… 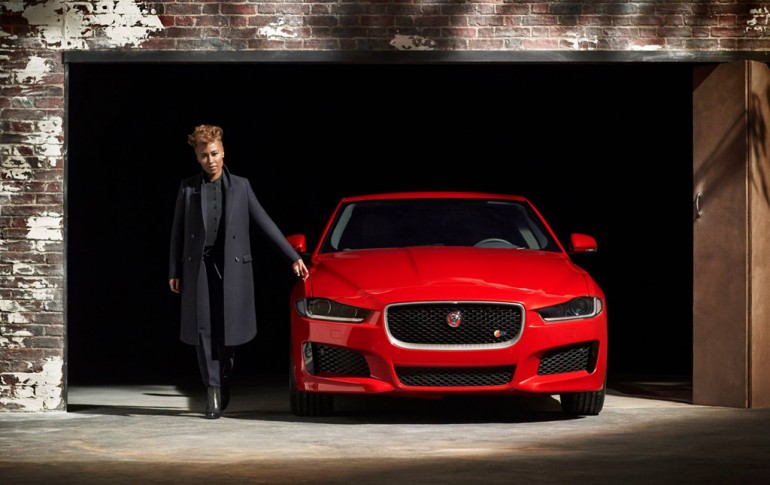 For now, we have the latest information below from Jaguar below about the amazing feat they say will be contributed to over 75% of the body structure being aluminum with unrivalled low weight and torsional stiffness.

THE NEW ALUMINIUM-INTENSIVE JAGUAR XE: THE MOST FUEL EFFICIENT JAGUAR EVER TO ACHIEVE OVER 75MPG

The innovative new Jaguar XE redefines the standard in its segment. Designed around Jaguar’s modular vehicle architecture, the XE is the only car in the class to use an aluminium-intensive monocoque, with lightweight aluminium accounting for 75 per cent of the structure.

This milestone in body engineering, a product of Jaguar’s world-leading expertise in high-volume production of aluminium vehicles, ensures that the Jaguar XE combines outstanding design with benchmark levels of ride and handling – it will be the true driver’s car in the segment.

Lightweight construction is a core element of Jaguar’s DNA and Jaguar is at the cutting-edge of aluminium technology in the automotive industry. The Jaguar XJ, XK and F-Type have all been developed using exceptionally stiff bonded and riveted aluminium structures: now the XE becomes the latest model to use this aerospace-inspired technology.

The weight reduction realised ensures that the XE is the most fuel-efficient Jaguar yet with fuel consumption and CO2 emissions on the NEDC combined cycle of over 75mpg and less than 100g/km respectively.

“The Jaguar XE body uses over 75% aluminium content, which far exceeds any other car in its class. This gives us a body structure with unrivalled low weight: it’s light but also immensely strong with extremely high levels of torsional stiffness. We’ve made sure our aluminium-intensive body structure exceeds all global safety standards without compromising on vehicle design or refinement.”

The Jaguar XE is also the first car in the world make use of a new grade of high strength aluminium called RC 5754 which has been developed specifically for the XE. This new alloy features a high level of recycled material and makes a significant contribution to Jaguar’s goal of using 75 per cent recycled material by 2020.

Designed and engineered in the UK, the XE will be the first Jaguar to be manufactured at a new purpose-built production facility at the company’s Solihull plant in the West Midlands in the UK.

The world premiere of the new Jaguar XE will be held in London on September 8th.