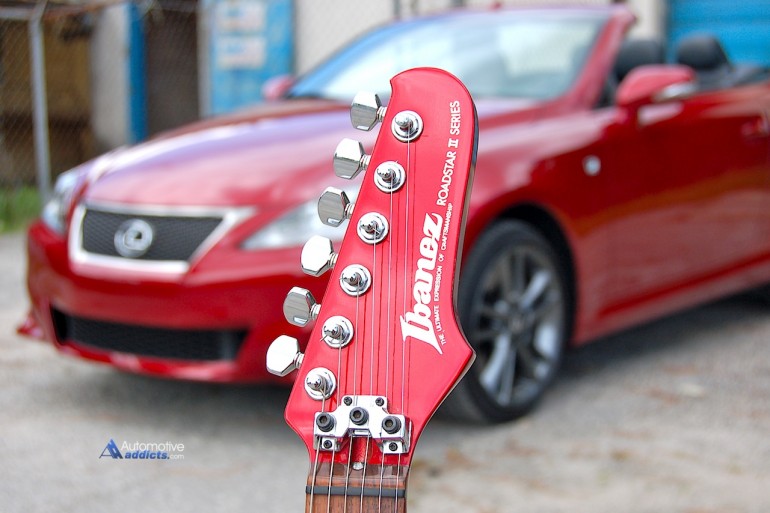 If a car and guitar could be distant cousins, I think the DNA of this mint condition all-original 1985 Ibanez Roadstar II RS440 and equally spotless 2014 Lexus IS 350 C convertible would reveal a genetic match. Both were built by influential and best selling Japanese companies that have flourished in the US market, Ibanez and Lexus are known for enduring quality that ages well and, when cared for properly, provides decades of service. 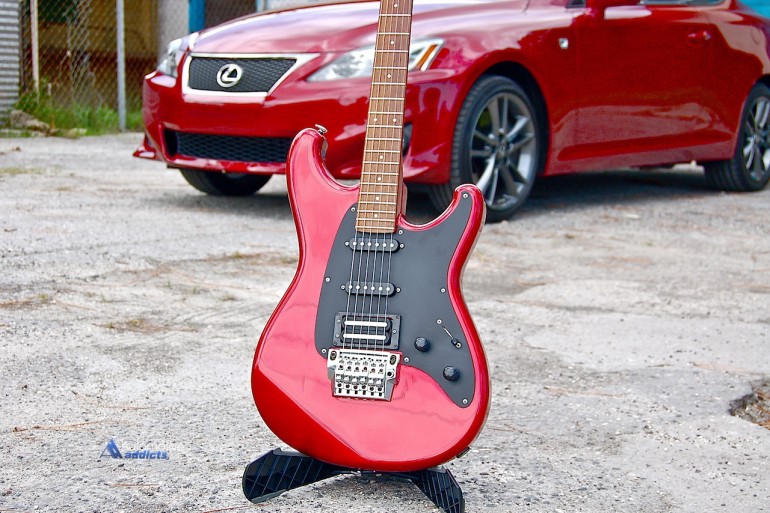 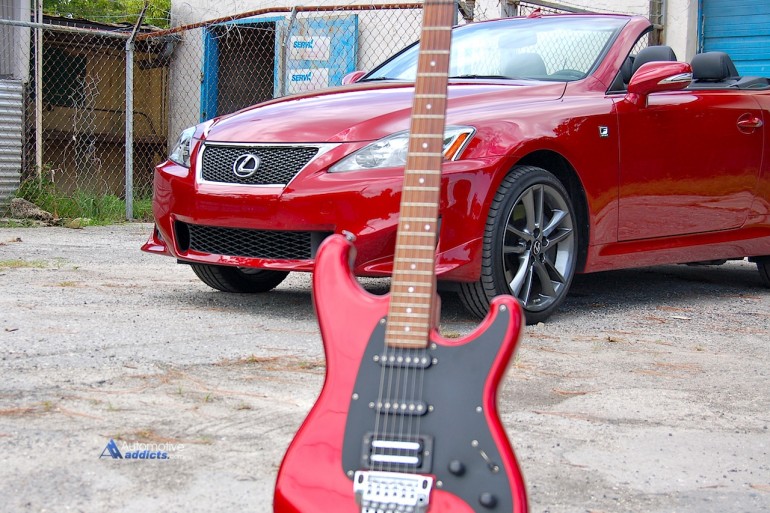 The Ibanez Roadstar II RS440 was built in 1985 at the Terada Plant in Nagoya, Japan by the now 102 year old Terada Musical Instrument Company and exported to the US. Although the Roadstar series is still a relatively quiet player in the vintage market, the build quality of the RS440 rivals that of many of the guitars being built in the US today and the values have slowly but steadily grown throughout the years. Although I am not a vintage guitar values expert, I predict that the Roadstar will be celebrated more widely as a true classic in the next decade or two as more players realize the quality and versatility of the line. 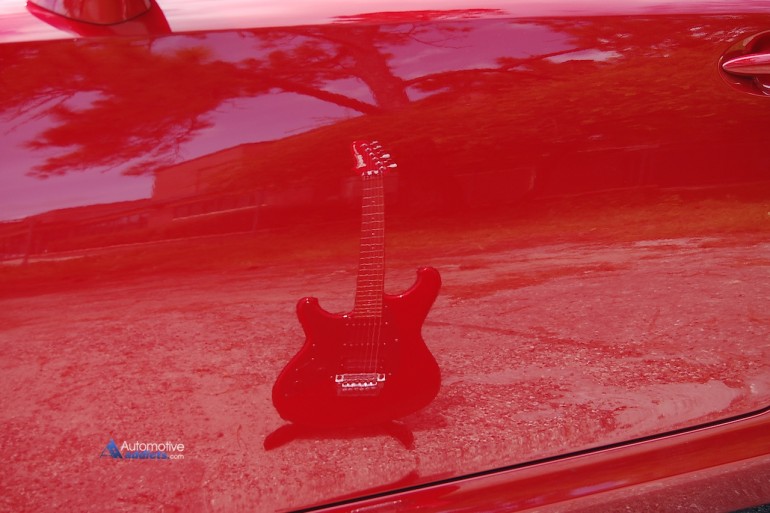 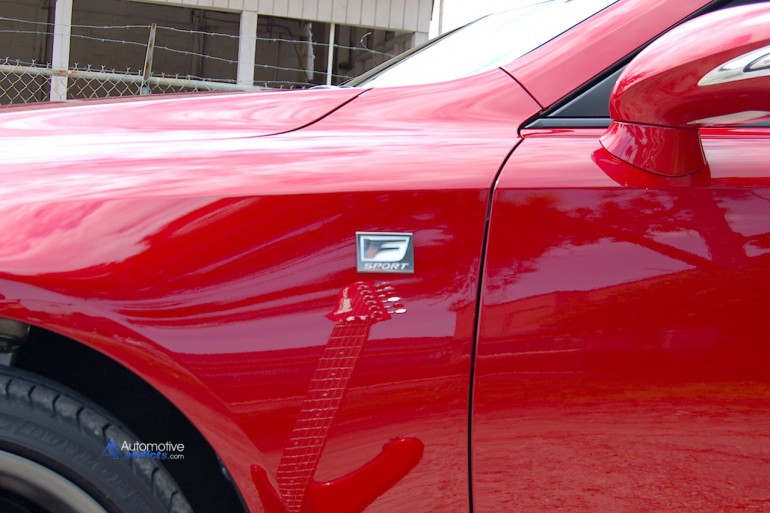 The fit and finish of the RS440 is top notch, the Fire Red metallic paint looks as crisp and fresh as it did in 1985 when it was carried off the showroom floor. The RS440 used either basswood or birch for the body and a gorgeous deep-grained rosewood for the neck. Headstocks were painted to color match the body, chrome hardware, including the Ibanez Pro Rock’R bridge, a matte black pickgaurd, and painted gloss black knobs finished the color scheme. 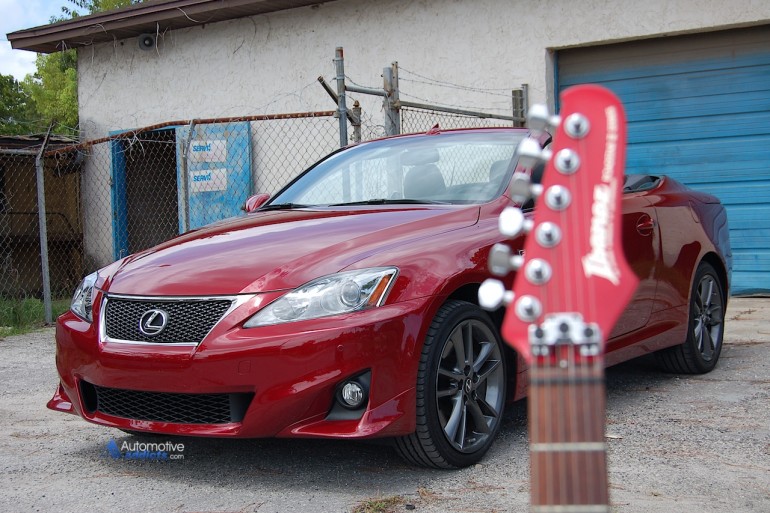 The bridge pickup, known as the V5 Blade, could be split to open up more tonal variations converting the “you can’t get any more 80’s than this” humbucker into a single coil lead monster. Ibanez called the wiring configuration “Duo-Sound”, activated by the push button built into the lower knob that still feels as snappy as it did when it was new, further illustrating the quality of the parts and assembly. The neck and middle pickups are single coil Super 7s and they sound great, Fender-ish, but with a tonal quality that is unequivocally 80’s Ibanez. 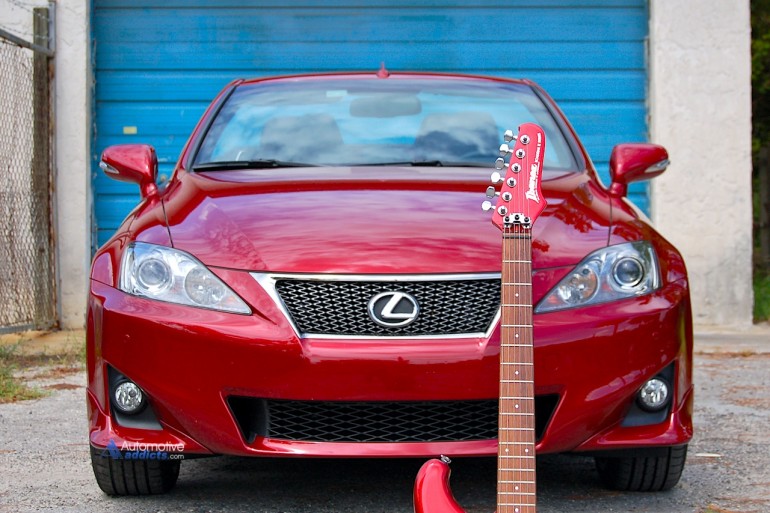 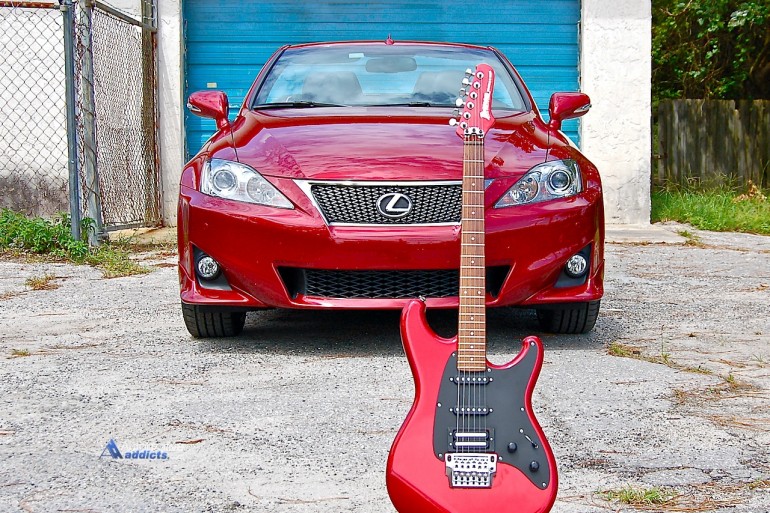 For a full AutomotiveAddicts.com review of the 2014 Lexus IS 350 C convertible

More about the Terada factory from The Guitar Dater Project:

The Terada Musical Instrument Co., Ltd. was established in 1912, at the beginning Terada was making Violins for Toy purposes, after World War II, around 1955 Terada started to make in earnest ‘Strings Instruments’. In the 1970’s they had three plants near Nagoya area and produced more than 10,000 guitars per month for Domestic market and also for Overseas market, but now 1/8 that amount today. The Terada factory is now building hollow and semi-hollow body guitars for Epiphone as well as their own ‘Thumb’ brand guitars. At one point made Tobias bases prior to Tobias being sold to Gibson.