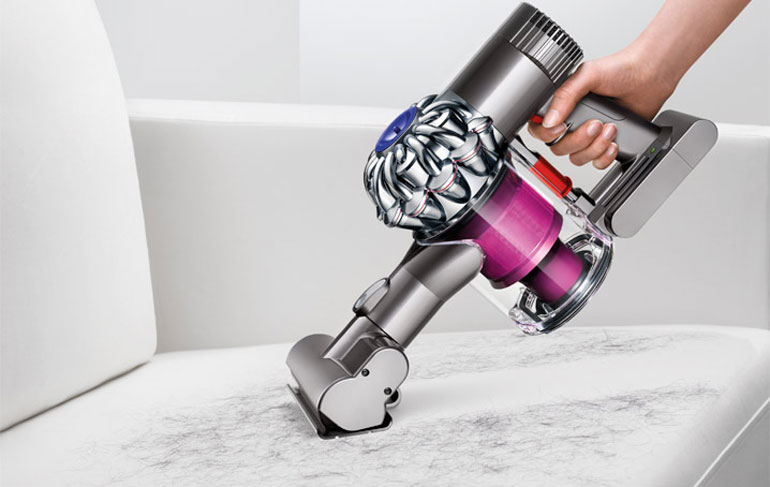 I never gave it much thought, but vacuuming is serious business in the scheme of cleaning out your car. Over the many years of automobile ownership, I have always left vacuuming as the final step in a full wash and detail of my cars. The essential part of extracting every last bit of loose dirt or substance that finds its way into the carpet, seats and tight crevasses of your car should never be taken lightly.

I will say this, the power of your vacuum is strongly dependent on the quality and outcome of your car detailing. Over the course of the past month, I have contemplated on replacing my handy shop vac that died upon the motor burning to a crisp melting the plastic housing emitting an awful smell throughout my garage. It was rather eventful to say the least.

In choosing my next vacuum I wanted to make this a one-time purchase that would last for many years. Additionally, I wanted something that served multiple duties and was cordless. Yes, I am no longer fond of utilizing a vacuum with a cord because I find myself on a weekly basis prepping vehicles prior to taking exterior and interior shots for my test drive reviews you find posted here. 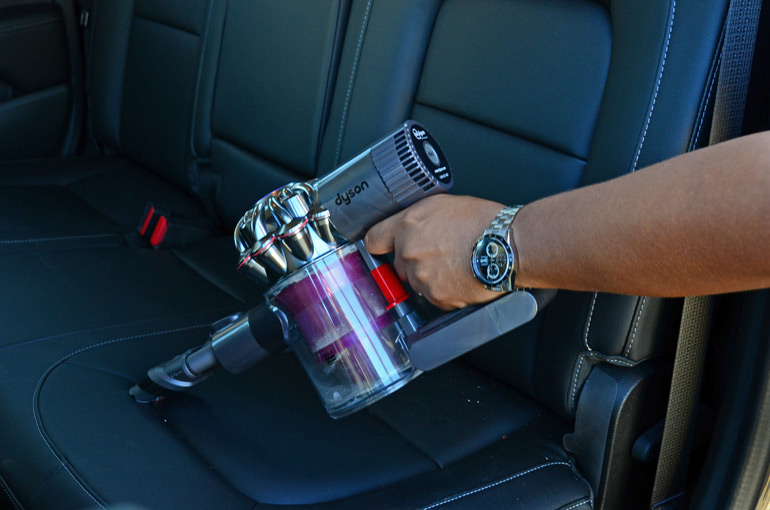 Dyson has always been a company that reminded me of Apple, something different, an innovator of their trade. I was given the opportunity to try out a new Dyson Motorhead DC59, an upgrade to the Animal stick vac predecessor, complete with a new motorized brush head attachment The interesting part of the new motorized head was that it includes carbon fiber, something I was all-to familiar with in many sports cars I have driven. The new Dyson vacuum, on the other hand, has Carbon Fiber filaments in its motorized brush floor tool. Use of the floor tool on car carpets is a breeze virtually brushing embedded debris into the powerful vacuum stream. The motorized head in the brush roller, the major upgrade to this vac over its predecessor, also proved to serve well with giving the car floor mats a freshly brushed look, one that is ideal for displaying in a car show. The motorhead also captured many fine particles deeply embedded within my car’s carpet floors and mats. 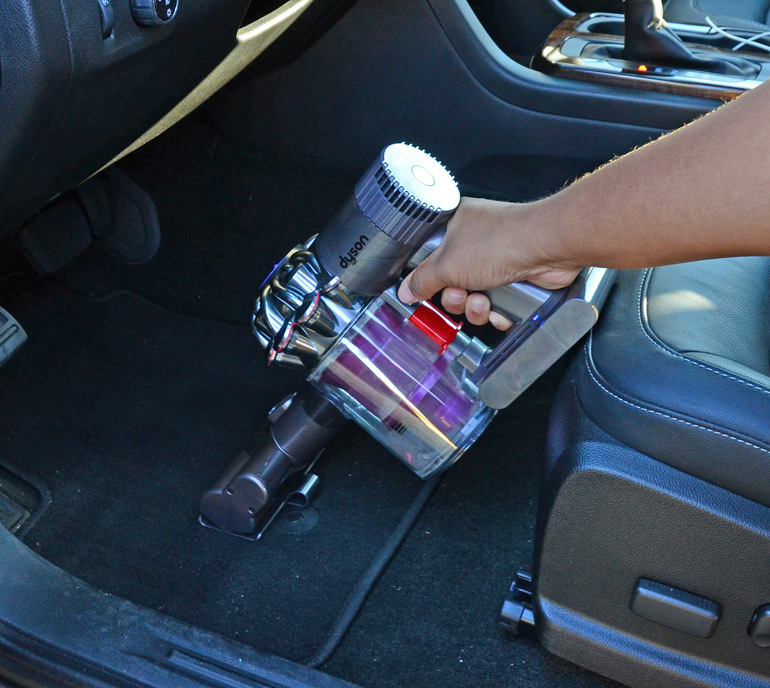 Being a wireless vacuum, battery life is always something in the back of your mind. I found that the new Dyson Motorhead DC59 lasted past its estimated run time of 26 minutes on a few occasions. The only exception was when using the motorhead – motorized roller, the battery life was significantly cut short by 5 to 8 minutes less than use without the motorized roller brush. Apart from using the motorhead brush, I was able to utilize the same charge for a couple days on two different vehicles. Moreover, the power flow was consistent even during the low-battery signal from the blue LED light on the back of the motor housing, mostly due to the technologically advanced nickel manganese cobalt battery. Use of the boost mode through the motor-housing button proved to be somewhat of an unnecessary feature for me until I attempted to vacuum up moist dirt. Oddly enough, the vacuum would not pick up all of the visible dirt on one pass without use of the boost feature. I suspect this would be the same case for use indoors on carpet, tile or hardwood flooring. 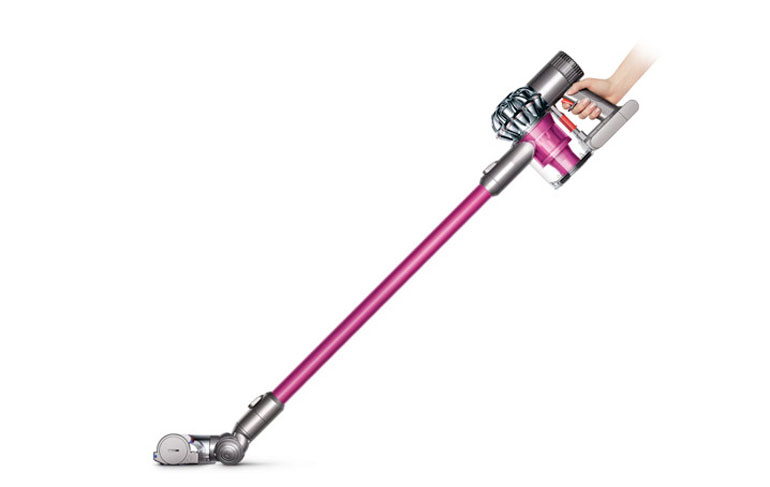 In all I can contest to the Dyson Motorhead DC59 being a remarkable and highly advanced piece of equipment that does just as advertised, even for your automobile interior. The only pitfalls would be the pricing, which may be justifiable after I get to spend a few years with it to prove its durability. The size of the unit may have limited my ability to reach within tight spaces in certain vehicles. Though, it wasn’t the end-all as the stick vac form-factor and its handy attachments were useful for reaching under and on the side of seats. 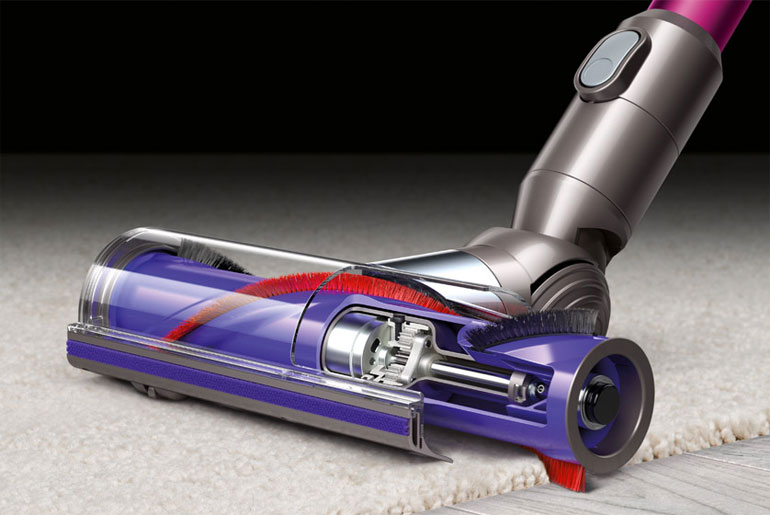 The Dyson Motorhead DC59 currently lists for $549.95 (there are several “good” deals to be found through online stores/vendors) 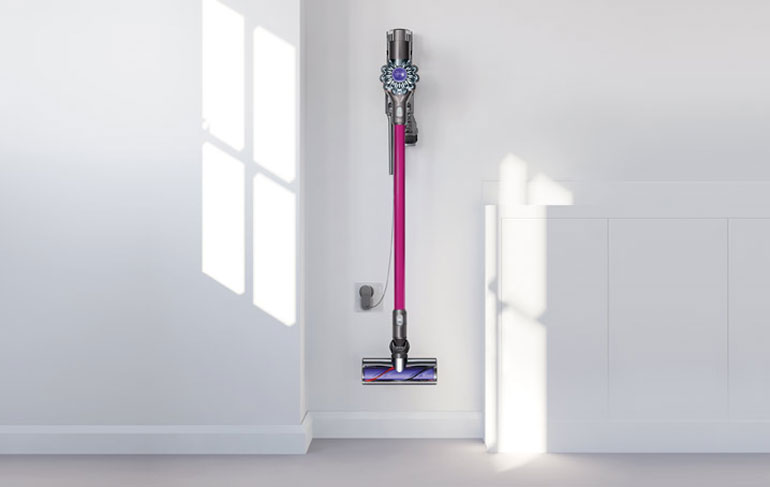