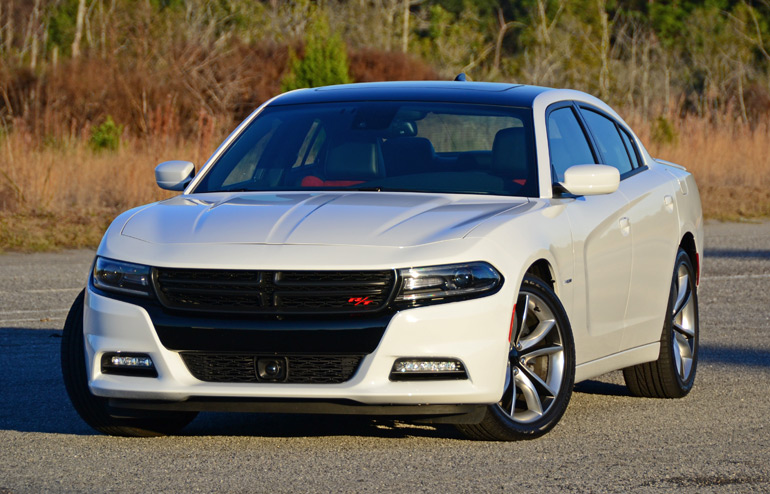 There has been some major hype circulating the internet waves when it comes to Dodge and their new-found performance path laid down by the new Charger and Challenger SRT Hellcat. The hype is completely justified, mostly due to all of its convincing 707 horsepower. At the flip side of the all-new 2015 Dodge Charger spectrum, the 370-horsepower R/T model finds its way into our hands before we get to rip around in its nearly twice-as-powerful sibling in the months to come. After spending a full week with the new Charger R/T, I have a new respect for the brand in offering a nicely appointed mid-range performance sedan that isn’t nearly as intimidating as the Hellacious fury bestowed by the top-trimmed SRT-branded models. 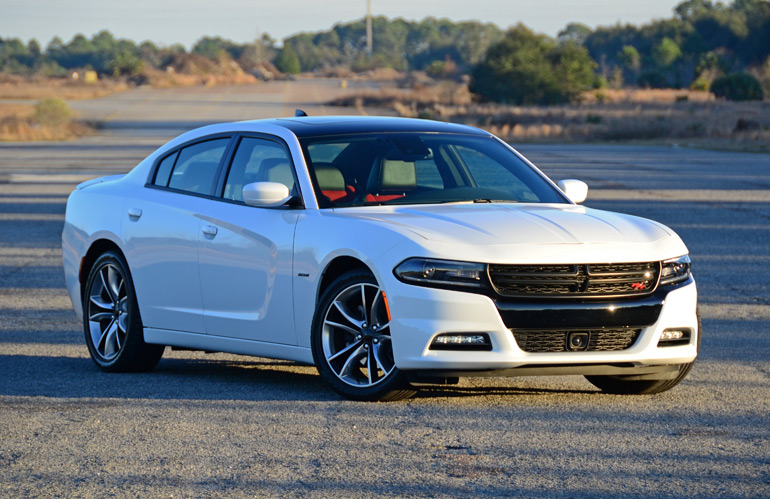 A great delight in the new 2015 Dodge Charger R/T is that you get a substantially-powered engine in its 5.7-liter HEMI V8 with 370 horsepower and 395 lb-ft of torque mated to a new 8-speed TorqueFlite automatic transmission. The combination of the HEMI V8 engine and a sport-tuned suspension on my Road & Track-trimmed Charger R/T test vehicle makes for a potent and capable performance sedan. A run from 0 to 60 mph in the Charger R/T is at a respectable 5.5 seconds, while the grip and handling abilities are left at the mercy of its smallish-patched 245/45 20-inch tires. With the R/T Road & Track package the Charger gets Sport mode II for rev-matched downshifts by way of its paddle shifters. 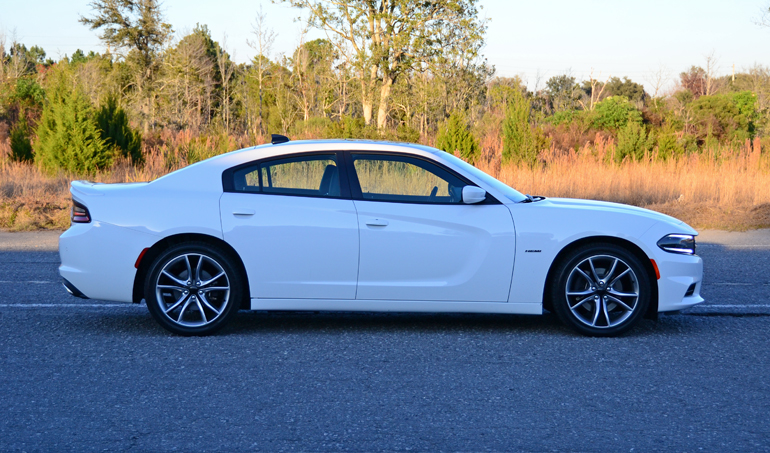 The all-new 2015 Dodge Charger R/T takes advantage of its new 8-speed automatic transmission for better gearing ratios giving the 370 horsepower and 395 lb-ft of torque from the HEMI V8 a higher level of efficiency in laying that power to the ground. Moreover, my test vehicle was equipped with a 3.07 rear axle ratio, a slight advantage for low-end power but at the cost of less miles per gallon.

The overall feel for the new Charger R/T is relatively tight but it still has that unique American muscle car feel with subtle wallows and somewhat of a rash feeling when pushing it near the limits. Not to take away from the decent handling traits, the Charger R/T still performs quite well and excels above its direct competition. It just begs for special treatment, as things can get a bit hairy when the rear end starts to break loose. 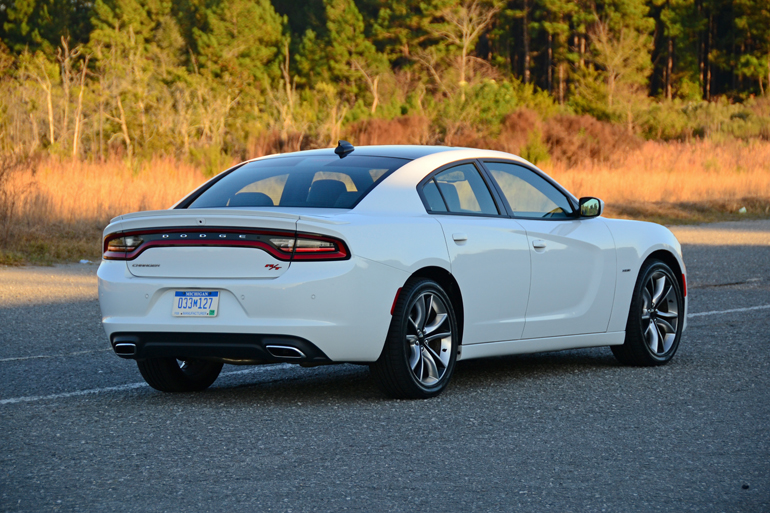 Speaking of breaking loose, the new Charger R/T is nothing short of a burnout machine. At the drop of your finger on the traction control button the Charger R/T lets the rear wheels spin to your heart’s desire and will even break loose while in 2nd gear. The 2015 Charger R/T isn’t shy about joining its more powerful SRT and Hellcat siblings with an all-American solute through plumbs of smoke and dark 11’s painted on the pavement. 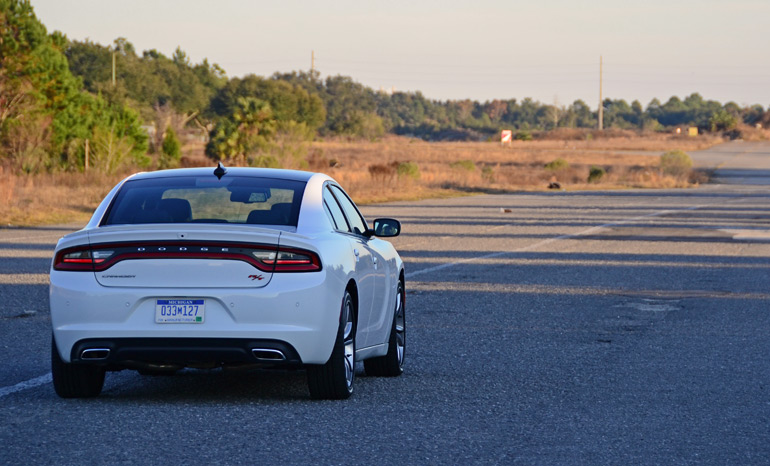 Apart from the fun, braking by way of its dual piston front calipers is strong, but not to the point of giving you enough confidence for a track session. Leave that to the Charger SRT trim levels and their beefier Brembo braking components.

The Charger R/T, despite its advantageous performance, seems more slated for back country roads than autocross and track duties. The 3-stage traction and stability control management is mapped to an advanced curve allowing you to break the rear end out a bit but preventing sloppy out-of-control movements in sport mode. I was quite surprise as to how much fun you can have in sport mode, basically allowing the rear wheels to spin while the body goes slightly sideways. It’s a hoot. Normal mode, of course, saps the fun much sooner and can be a bit intrusive.

With the new 2015 Charger R/T being properly fitted for back road fun rather than the track, it is not a big takeaway from the overall formula as it feels right at home on a public road; The ultimate fun machine and luxury cruiser for your daily commutes if you will. 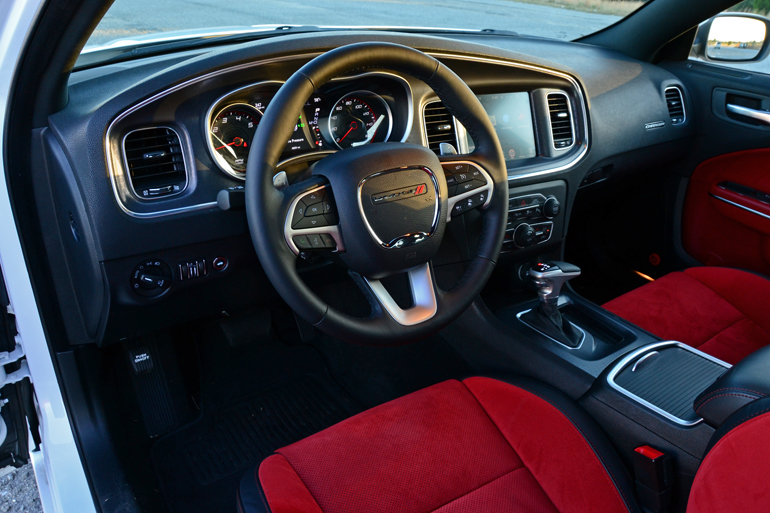 Inside of the 2015 Dodge Charger R/T loaded up to the max, you will find a likable cabin full of plush and very supportive heated and ventilated nappa leather seats with perforated alcantara inserts. Leather trimmed and alcantara heated rear seating, with just enough headroom for 6-feet-tall adults, are surprisingly supportive but can be a bit short of legroom for some. The padded dashboard houses the large 8.4-inch Uconnect infotainment LCD touch screen, combining a high level of user-friendly integration, is a breeze to use and responds quickly to your inputs. Together, the latest iteration of Dodge’s Uconnect system is among the best in the business that gets no complaints from me. The integration combined with its well-designed colorful icons and menu sets all formulate an inviting environment that is also less of a distraction while on the road than you would think. 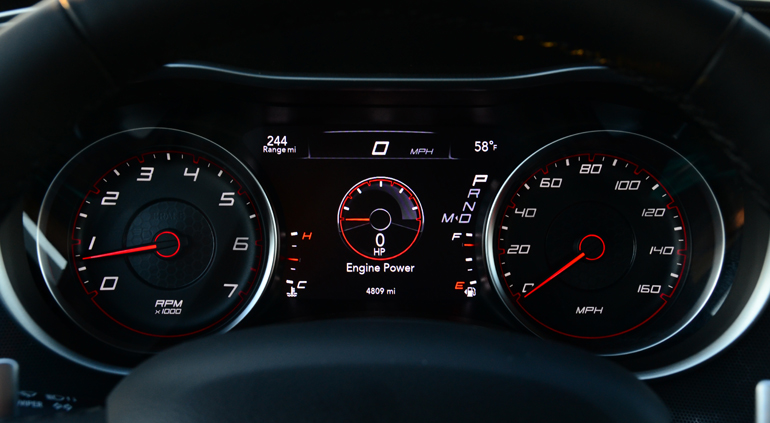 The new instrument gauge cluster with a center color LCD screen brings several vehicle information readouts to the table toggled by steering-wheel-mounted buttons. There is enough information through this screen that at any point and time you know enough to keep your Charger R/T from visiting the service center, whether it be the coolant temp, transmission temp, or your latest 0-60 mph time you logged via the popular performance pages. Hardly any stones were left unturned with vehicle controls, information and integration. To boot, many of the controls on the dashboard are easy to reach and conform to a higher level of refinement with large aluminum trim pieces around the shifter, gauge cluster and infotainment screen. 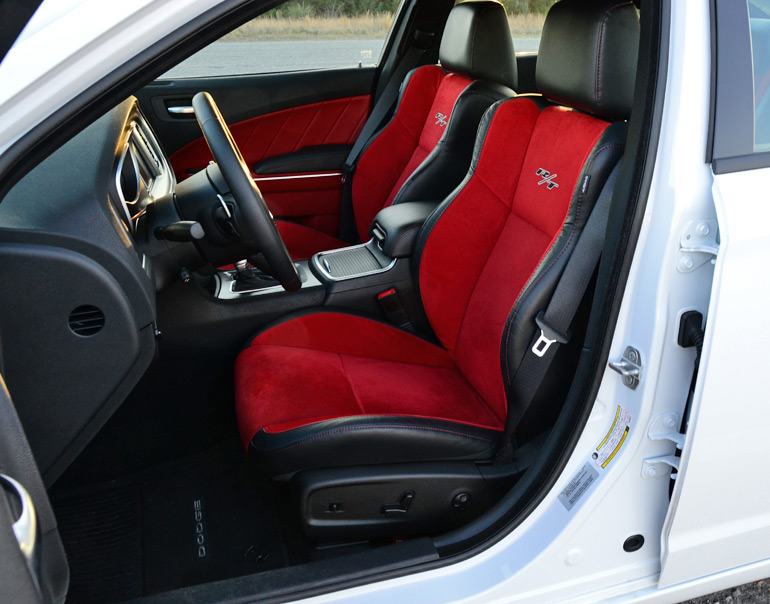 The design aspect of the 2015 Dodge Charger has not drastically changed for the all-new model year. Though, many of the exterior body panels have been slightly reworked retaining much of the familiar design of the outgoing model. Up front and out back remain to be the major areas for change for the new Charger. The front fascia on the Charger R/T gets darkened brand-signature crosshairs flowing into the center portion of the front bumper. The darkened headlamps encase bi-function HID headlights, LED signals and LED daytime running lights, while the lower bumper has LED fog lights. 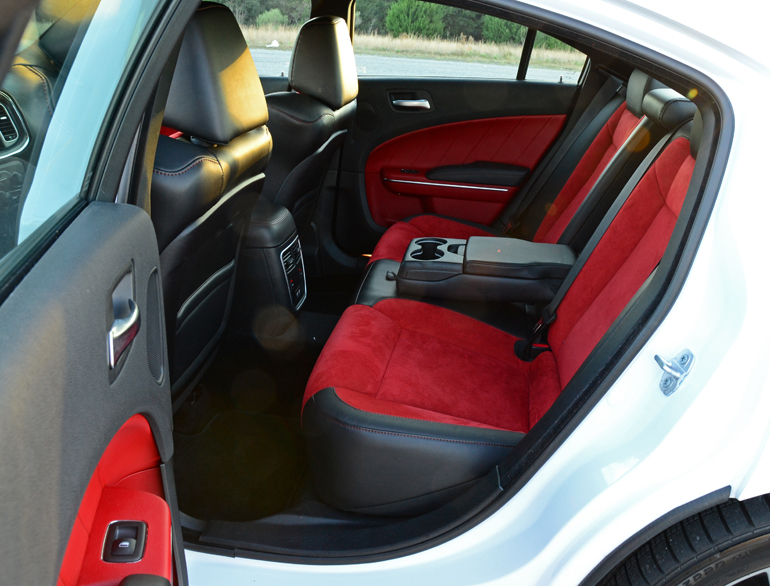 In my enjoyment of the many amenities and luxury tech found on my 2015 Charger R/T test vehicle, it was comforting to agree with its dual nature acting as a luxury cruiser and sports sedan. Even the ride quality was a nice compromise in those departments, never overly harsh and just enough dampening to remain civilized over harsh surfaces. 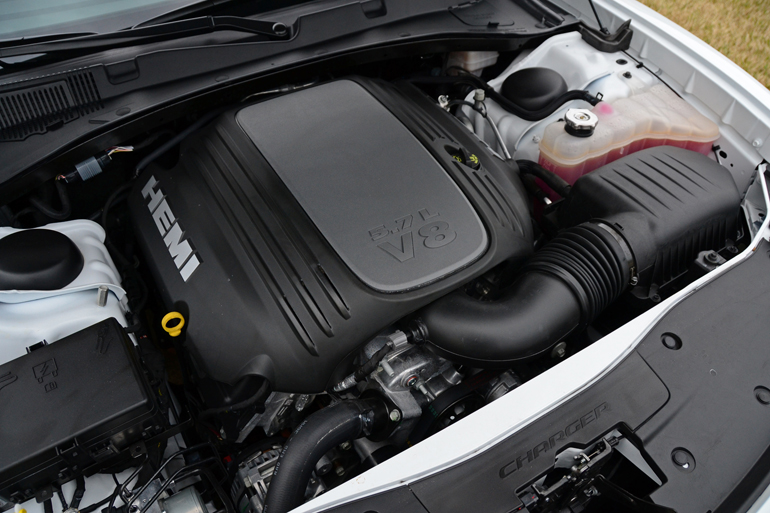 The economics of the all-new 2015 Dodge Charger R/T line up with its vast competition. The only exception in this department would be its mediocre fuel consumption numbers of 16 mpg city, 25 mpg highway and 19 mpg combined. I found myself visiting the pump for massive amounts of regular unleaded a few times. I was assured this was no Hellcat, but it was almost just as thirsty. I averaged about 19.1 mpg around town with an even mix of city/highway driving.

Apart from the uninspiring mpg figures, the pricing of the new 2015 Dodge Charger R/T, at an as-tested $43,965, makes for an attractive buy. Considering the amount of tech goodies, plenty of power, a nicely balanced ride with a supple cabin exuding a bit of sport and luxury, the all-new 2015 Dodge Charger R/T appeases to many senses. The new 2015 Dodge Charger R/T speaks volumes for those who consider the top-tier performance SRT and SRT Hellcat models a bit intimidating with its massively large horsepower numbers and slightly bigger price. The Charter R/T is quite the delectable compromise, for the driver and family, and I like it.