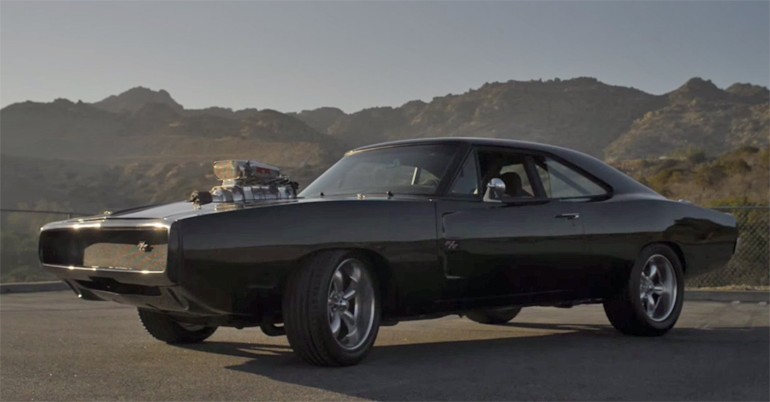 I don’t know about you, but I find movie cars to be fascinating even if many of them are gutted-out props. The Fast and Furious movie franchise has naturally gone through several vehicles in different modified forms, many that will never return to the big screen. One vehicle in particular has stood the test of time, the one that has been featured in 6 of the 7 Fast and Furious movies, the 1970 Dodge Charger driven by Dom (Vin Diesel), is featured in short video. The exclusive video below is a quick documentary of its ownership, a prized possession of a very lucky individual (Bob Hartwig) who is living his dream in his collection of fine movie automobiles. Check it out!