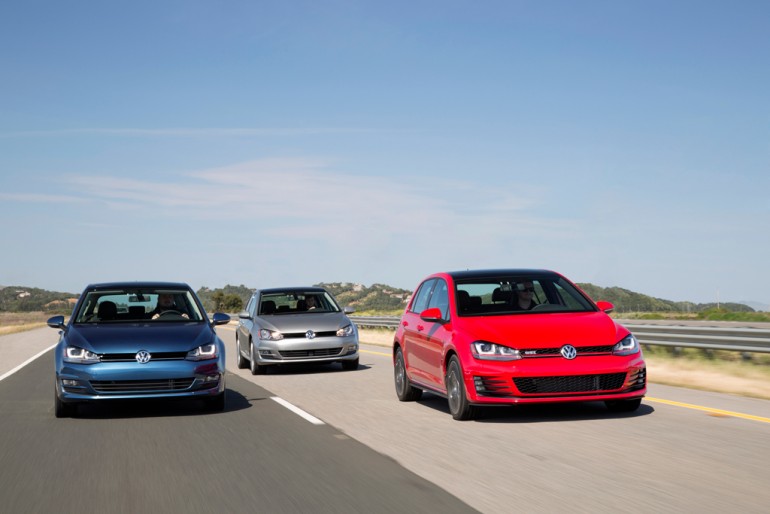 Most of us here in Jacksonville, FL are accustomed to driving over bridges just about every day that we make an attempt to go ‘across’ town. Most of our bridges give way to an amazing sight of our ports and thousands of vehicles that we import to our city to transport and process through various distribution centers. Car manufacturers are just as aware of this as we are, which is why Volkswagen Group of America has announced the port of Jacksonville, FL as its southeastern U.S. Port.

What does this mean? Basically, Volkswagen, Audi and Bentley will import and distribute vehicles through our Jacksonville ports and in process have extensive plans laid out to transport about 550,000 units in the next five years. The states that this will cover for distributing vehicles landing in Jacksonville include Florida, Georgia, South Carolina, North Carolina, Alabama, and Mississippi. That’s how JAXPORT/Jacksonville rolls, the second ranked port in volume of vehicle shipments in the USA. According to port officials, JAXPORT exports more cars than any other port in the nation. Welcome to the dirty south!

— Volkswagen, Audi and Bentley will import and distribute vehicles through the port, with plans of transporting approximately 550,000 units in the next five years —

Jacksonville, Fla. (February 11, 2015) – Volkswagen Group of America, Inc., today, joined Gov. Rick Scott (R-Fla.), Florida Department of Transportation Secretary Jim Boxold, state and local dignitaries, as well as AMPORTS, one of the largest auto processors in North America, to announce the Port of Jacksonville, Fla. (JAXPORT) as VWGoA’s Southeastern U.S. port. Factory-new Volkswagen, Audi and Bentley vehicles will be imported and distributed through the port. VWGoA plans on transporting 100,000 cars within one year, and approximately 550,000 units in the next five years through JAXPORT.

“Floridians have demonstrated a strong support for the Volkswagen Group of America brands, and selecting the Port of Jacksonville as our Southeastern U.S. port is part of our growth strategy in the Southeast. In fact, the Volkswagen Group sells more vehicles here than nearly every other state—Florida is our second largest market behind California,” said David Geanacopoulos, Executive Vice President for Public Affairs and General Counsel, Volkswagen Group of America, Inc. “In utilizing JAXPORT, we will be able to bring Audi, Bentley and Volkswagen products closer to our Florida customers, and provide enhanced customer service in this key market. We are proud to be joining Gov. Scott in making this exciting announcement.”

“The Scott Administration has made historic investments in Florida’s ports because we know that strong infrastructure is key to making Florida a global leader in international trade,” said Gov. Scott. “With this exciting project at JAXPORT, Volkswagen Group of America has chosen the perfect place to expand operations and utilize a growing and talented workforce.”

Exports out of JAXPORT include the Chattanooga, Tenn.-manufactured Volkswagen Passat, and later, Volkswagen’s new seven-passenger SUV, which will also be built in Chattanooga, Tenn. Some of the cars brought into the port include the North American Car of the Year, Volkswagen Golf and Golf GTI. Vehicles arriving into the port will be distributed within Florida, Georgia, South Carolina, North Carolina, Alabama, and Mississippi.

The selection of JAXPORT adds to VWGoA’s 260,000-square-foot parts distribution facility in Jacksonville, Fla., which opened in 2009, and services 118 Volkswagen and Audi dealers in the Southeastern U.S.

VWGoA will begin to import and distribute Volkswagen, Audi and Bentley vehicles through the 85-acre JAXPORT facility on May 1.

About Volkswagen Group of America, Inc.

Volkswagen Group of America, Inc. (VWGoA) is a wholly owned subsidiary of Volkswagen AG, one of the world’s leading automobile manufacturers and the largest carmaker in Europe. VWGoA operates a manufacturing plant in Chattanooga, Tennessee and houses the U.S. operations of a worldwide family of distinguished and exciting brands including Audi, Bentley, Bugatti, Lamborghini and Volkswagen, as well as VW Credit, Inc. Founded in 1955, the company’s headquarters are in Herndon, Va.; VWGoA brings vehicles to the U.S. that marry the science of engineering and the art of styling, with the goal of offering attractive, safe, and eco-conscious automobiles that are competitive and set world standards in their respective classes. The company has approximately 6,500 employees in the United States and sells its vehicles through a network of over 1,000 dealers.