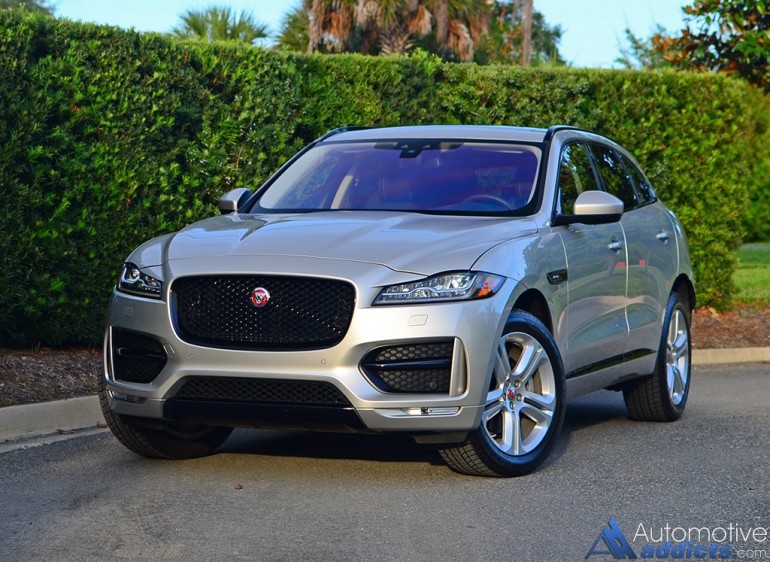 There is undeniably a new movement within the automotive industry in America when it comes to the offerings of crossover utility vehicles (CUV). There used to be a time when American suburbs were densely populated with sedans, trucks, and minivans – and nothing else. Today, the tables have turned greatly to give way to the crossover utility vehicle being the dominating vehicle of choice, and Jaguar has cleverly jumped on the bandwagon to introduce the all-new F-Pace CUV.

>> Get the best price on the Jaguar F-Pace from a network of local dealers now. << 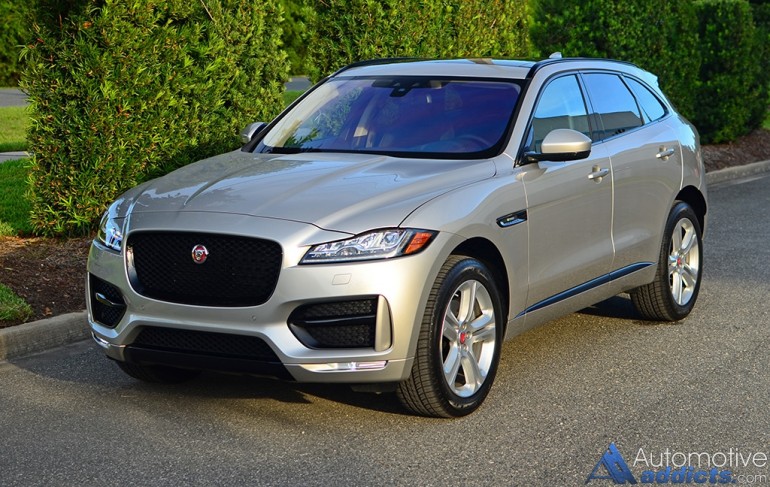 The 2017 Jaguar F-Pace a new offering from the brand, their very first utility vehicle with a new architecture from the ground up incorporating an exclusive chassis that isn’t borrowed from any of its Land Rover brethren. The new Jaguar F-Pace has already taken the luxury crossover market by storm being the brand’s bestseller out of the gate, and I totally understand why after a full week with the new pouncing cat.

Jaguar has always been a low-volume seller when pitting against major luxury offerings in the massive-proportioned automotive spectrum of today. This time around, jumping on the growing CUV bandwagon isn’t a bad thing at all. In fact, the Jaguar F-Pace, from my week-long test drive, is one of my favorite offerings one of the fastest growing and most competitive segments for this year. 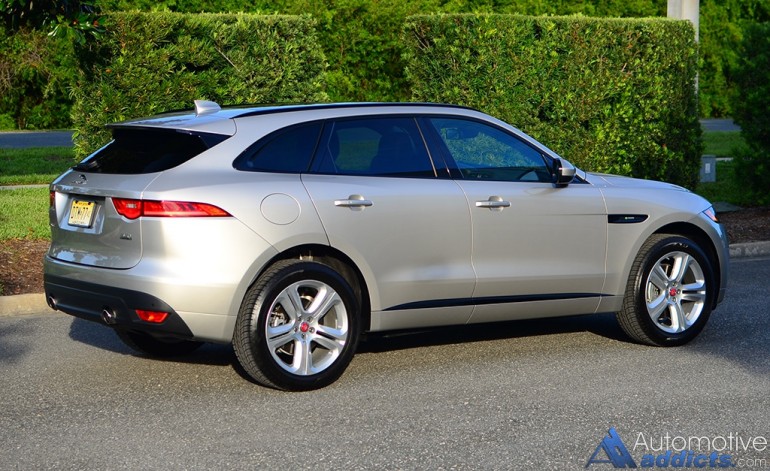 The all-new 2017 Jaguar F-Pace resides as a compact luxury crossover with that embodies practicality, beauty, and that spirited drive that you expect from the Jaguar brand. The F-Pace, pitted as a performance crossover, is available in six initial trim levels starting with the base F-Pace and then moving to a Premium model, Prestige, R-Sport, F-Pace S, and a limited-production First Edition. The F-Pace S gets an additional 40 horsepower over the standard 340 horsepower found in my F-Pace R-Sport test vehicle. 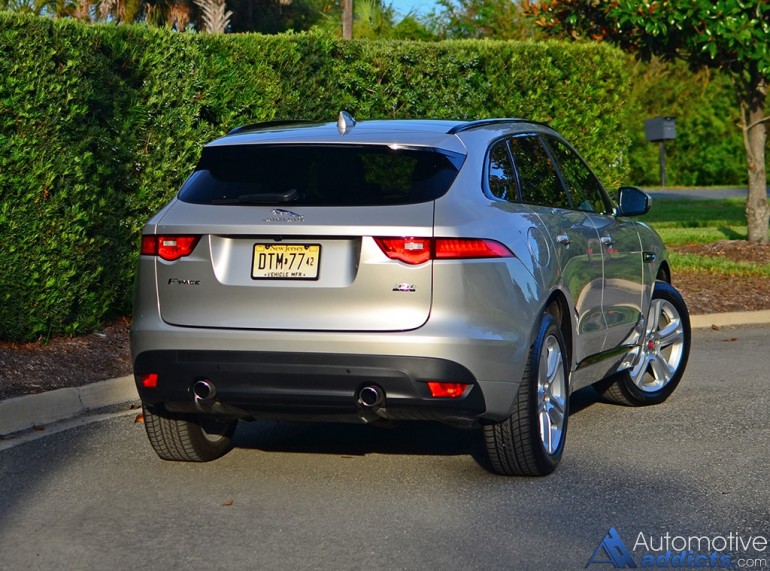 The F-Pace gets the brand’s 3.0-liter Supercharged V6 engine that pumps out 340 horsepower and 332 lb-ft of torque, which is much more than you get in the scope of the compact-to-midsize luxury crossover segments. All Jaguar F-Pace crossovers get all-wheel-drive as standard and power is sent through an 8-speed automatic transmission. The rear-wheel-drive bias on the all-wheel-drive system is noticeable if you ever push the eager-to-pounce Jaguar F-Pace 35t R-Sport out of the hole aggressively or out of sharp turns. Overall, the chassis is rigid and nicely planted with all four of its 20-inch 255/50R20 all-season tires grappling the pavement. The ride quality is a bit firm but proves its prowess with a sporty attitude that inspires confidence when you strap behind the wheel of the F-Pace. I would say, for the most part, the F-Pace is very sports car-like in its drive quality and forward momentum. The only traits that give way to it being a crossover are its higher stature and extra weight transfer out back that is conducive to oversteer that the stability and traction control quickly composes. 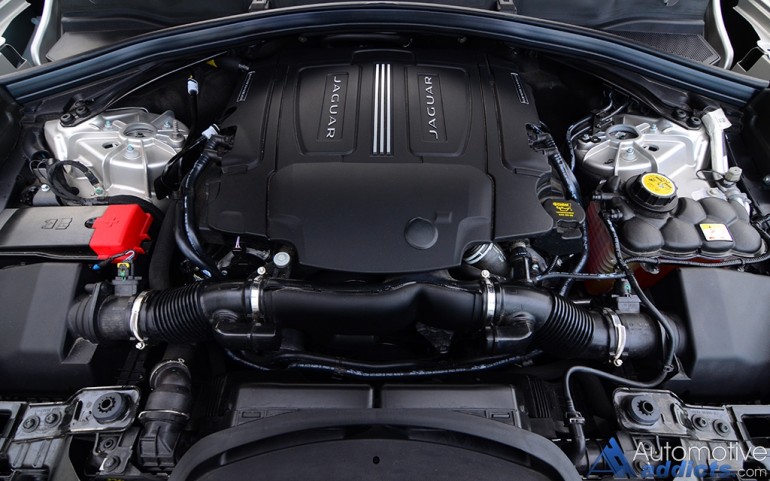 The steering feel is good in both normal and sport drive modes. The 8-speed automatic transmission is well adapted to the broad power band of the supercharged V6. However, the 8-speed tends to do a lot of unnecessary shifting and second-gear starts that usually upset momentum with a quick upshift to first when additional power is demanded. Part of the transmission’s cog-shopping probably diminishes fuel economy, which doesn’t inspire much with an EPA estimated 18 mpg city, 23 mpg highway, and 20 mpg combined. Though, use of the aggressive start-stop system has its long-term benefits for sitting in traffic but does become somewhat of an annoyance due to its repetitiveness.

The cabin of the new Jaguar F-Pace is unique with its exclusive design and chassis, and only brings a few giveaway traits of its not-so-distant siblings in the Jaguar and Land Rover lineup. Most areas that you will end up touching on the door trim or rubbing against on the side of the center console are soft-touch with contrasting stitching. However, there are several hard plastics on the lower beltline of the interior, which are mostly hidden out of the way. Though, those that take the liberty to become touchy and feely with the new F-Pace may end up getting a cheapened feeling. 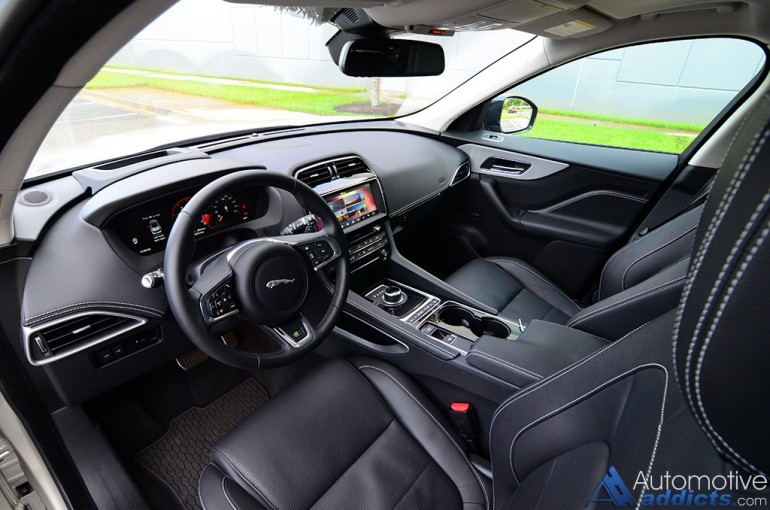 Seating positions are ideal, and there is a clever utilization of space throughout. The driving position is excellent, and you get just enough rearward visibility to avoid complaint due to the F-Pace nearly merging into the midsized crossover segment territory when it comes to overall space. The sporty heated and ventilated front seats in my F-Pace 35t R-Sport were very supportive with thick bolsters but never overdone to the point of risking fatigue on long drives. The rear seats have decent room, too – with nicely accented stitching and perforated leather surfaces and a small amount of bolster support on the outboard heated seating areas. Cargo space is surprising, at a total of 33.5 cubic feet, the best in its class. Putting the rear 60/40-split seatbacks down opens the cargo capacity to 63.5 cubic feet, all surprising numbers for such a sleek-looking compact crossover utility vehicle. 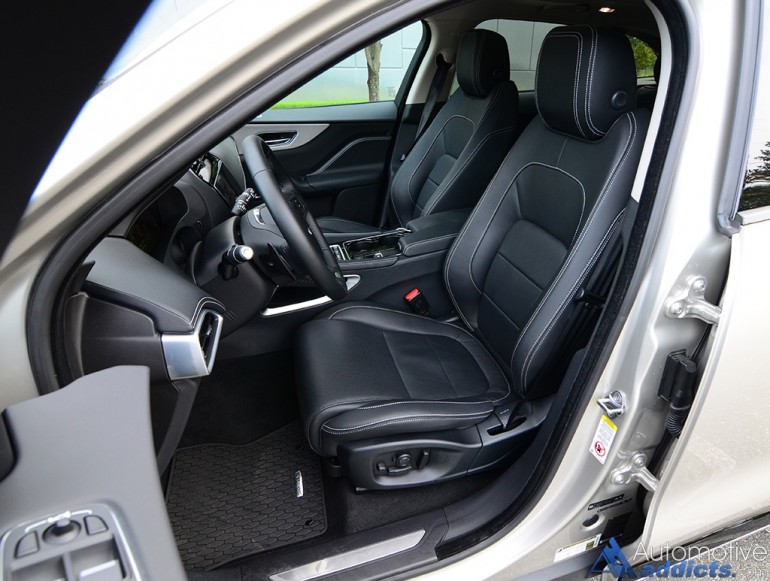 The latest upgraded infotainment unit from Jaguar is used in the F-Pace but comes with many disappointments in its overall execution of several menus and functions. In totality, the system is among the worst in the industry, which is the basis of its inconsistencies, confusing menu lists, and slow initial loading time for all functions. Once the system fully loads, most functions react much faster than the outgoing infotainment system of other Jaguar models thanks to an upgraded Intel quad-core processor. Though, the F-Pace’s infotainment is riddled with enough inconsistencies and thoughtless menu structures that lead to pure frustration, such as the inability to enter a destination address through the voice prompt. For the life of me, I couldn’t find the setting to change the clock’s time, and I have several Computer Science certifications. Jaguar, you can do better here! 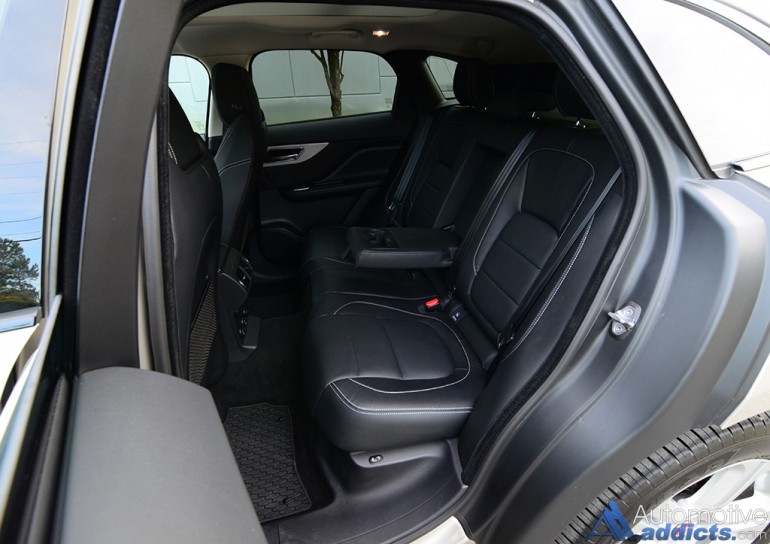 Potentially making up for the Jaguar F-Pace’s disappointing infotainment system is the versatility and practicality wrapped up in one of the best-looking crossover packages on the road today. Somewhat mimicking of the rest of the Jaguar lineup, are the smooth, lightweight aluminum-structured body lines of the F-Pace that mostly resemble the sporty F-Type Coupe out back and leads to a sleek front end taken from rest of the Jaguar sedan lineup only with a much taller designed stature. Encapsulating adaptive LED headlights, LED daytime running lights, low-mounted fog lights, and a large darkened grill up front you will find a menacing look that is reminiscent of a mean Jaguar ready to attack its clear-in-sight prey. All design aspects of the F-Pace are traditional to a new movement of the Jaguar line, easy on the eyes to say the least. 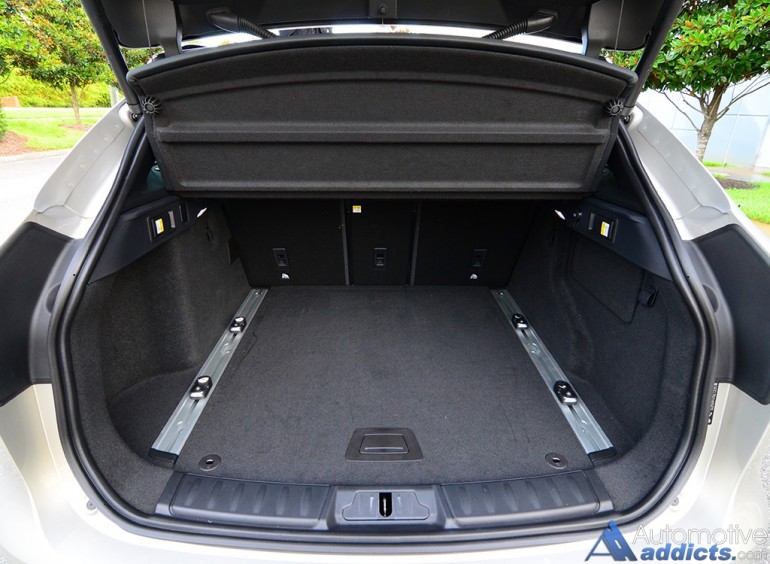 Jaguar has done a good thing in the all-new F-Pace apart from appeasing the American masses with yet another crossover utility vehicle. With the F-Pace, the brand is more recognized by those who would never give a Jaguar a second thought. With that I mean the F-Pace has a price point that could captivate a new demographic when seeking something different from the mundane every-day crossover. With its remarkable performance, practical versatility with class-leading cargo room, stunning looks, and a price starting at just $40,990 before any fees, the F-Pace is a no brainer. That is if you can overlook its very few shortcomings surrounding its hideous infotainment system. In totality, I get the F-Pace and commend Jaguar for making the move to keep the formula unique and not re-bodied a Range Rover.

>> Get the best price on the Jaguar F-Pace from a network of local dealers now. <<