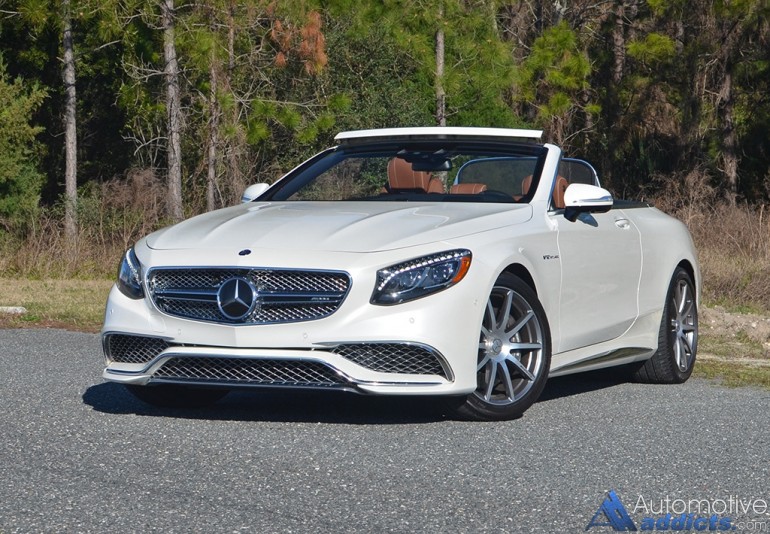 When your self-image means a little more to you than the next guy, Mercedes-Benz aims to please with their latest V12-powered masterpieces from their Mercedes-AMG outfit. Among the line of prided Mercedes-AMG models, the S65 Cabriolet stands in as a notable competitor to vehicles like the Bentley Continental GT Convertible and Rolls Royce Dawn. In such a coveted segment, one reserved for one-percenters or those who want to stretch the budget to the brink of bankruptcy, there are certain expectations that Mercedes-AMG fulfills with a dash of enthusiasm and classiness that can only be found behind the famous three-pronged star. 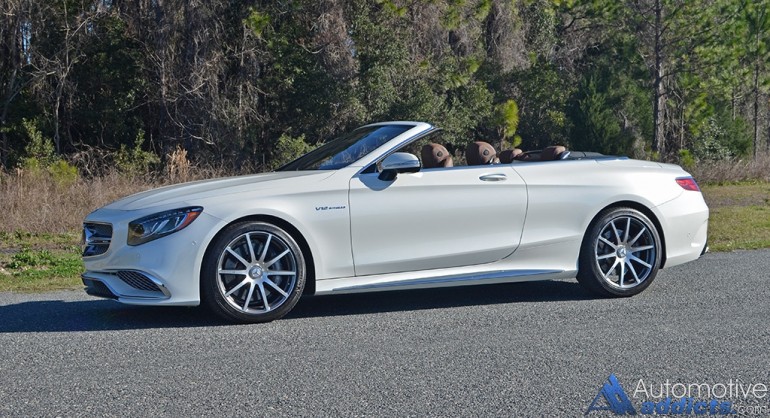 The new 2017 Mercedes-AMG S65 Cabriolet takes the beautifully executed S-Class coupe design and uniqueness to add a power-folding fabric top, one that when up- nearly isolates the outside environment as well as its coupe counterpart. The quickly folding fabric top quietly performs its dancing act to open or retract in just 20 seconds at vehicle speeds up to 37 mph. In a way, the drop top emboldens the S65 Cabriolet to have many hats to function as a luxurious roadster or a thrashing Grand Tourer ready to pounce on long stretches of highway with the proper luxury appointments to isolate you from the polluted and tensed world of today. 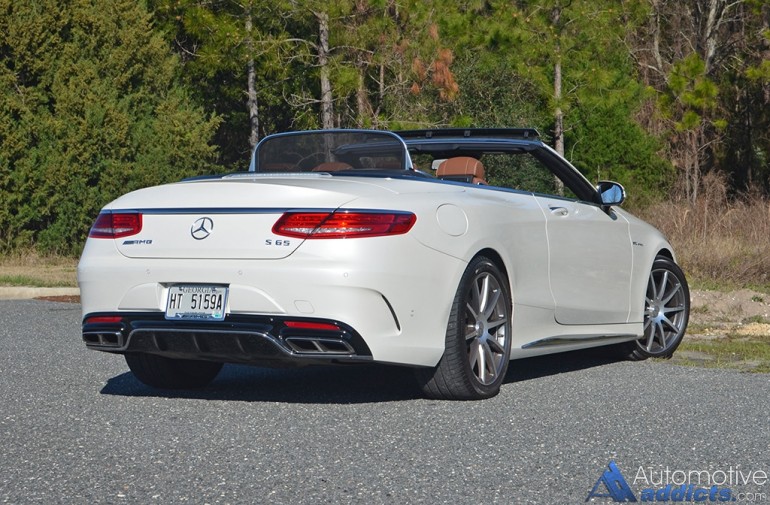 Mercedes-AMG has been poised to deliver the proper performance goods in each of their AMG-badged vehicles, and the S65 Cabriolet being at the top of the brand’s food chain is no exception. Powered by the familiar BiTurbo V12 engine found in all other vehicles with the 65 significations, the S65 Cab moves with eye-watering thrust. The torque alone, at an astonishing 738 lb-ft, is enough to break the rear wheels loose at highway speeds just by stomping on the gas pedal. The 621 horsepower from the twin-turbo V12 engine carries the 4,971 pounds of drop-top AMG sexiness up to 60 mph in just 4.0 seconds smoothly.

While the S65 Cabriolet isn’t a sports car in the sense of something with the proper chops to record respectable lap times on famous race circuits, it does, however, show multiple personalities when they are demanded without fault. The adaptive suspension system quickly reacts to every motion keeping the body mostly level on sharp turns, heavy braking, and even during hard acceleration. The assuredness of driving the S65 Cab is something you would expect more from an exotic vehicle poised for the track, and it mostly delivers. The 20-inch staggered tires wrapping classy-looking alloy wheels claw at the pavement and are limited to small barks at the mercy of a quick but not very intrusive stability and traction control system. 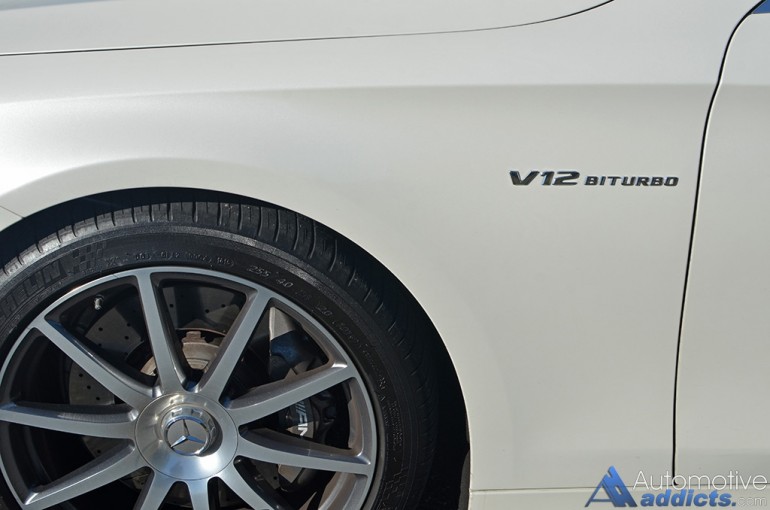 Apart from the many surprising aspects that you expect a BiTurbo V12-powered convertible to bring to the table, the S65 Cabriolet is well endowed with supple luxury. The cabin is mostly laced in soft leather and fine stitching. The only hard surfaces are a tasteful selection of carbon fiber trim, tactile-feeling metal-trimmed vents, and a welcomed high-quality feel of metal-surfaced buttons and knobs throughout. Mercedes-AMG left no stones unturned when it comes to making the cabin feel world class, as it should when you glance at the price of admission for driving such a vehicle. 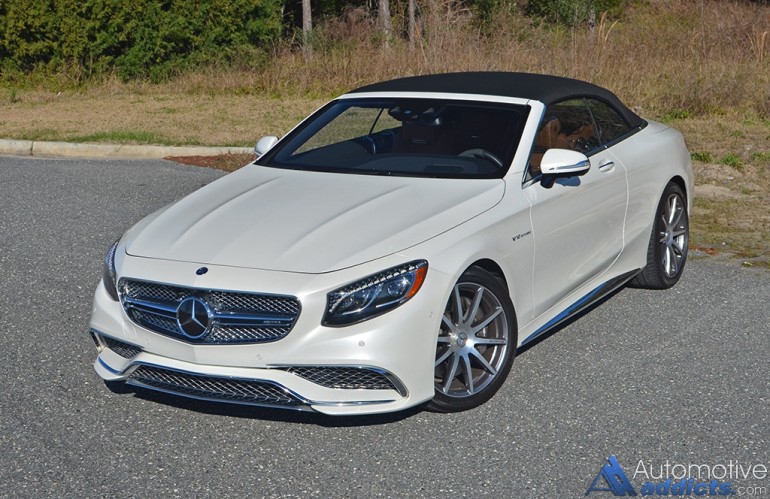 Serving as a grand tourer, a very fast one I might add, taking a long journey in the S65 Cabriolet is a serene experience. The only pitfalls remain to be the dismal fuel consumption numbers at an EPA estimated 14 mpg city and 21 mpg highway, and the smallish trunk space at 8.8 cubic feet when the partition is in place permitting the top to be lowered. However, accessed by a hands-free trunk lid, trunk space opens up to a nice 12.4 cubic feet with the partition collapsed, which won’t allow opening of the roof. 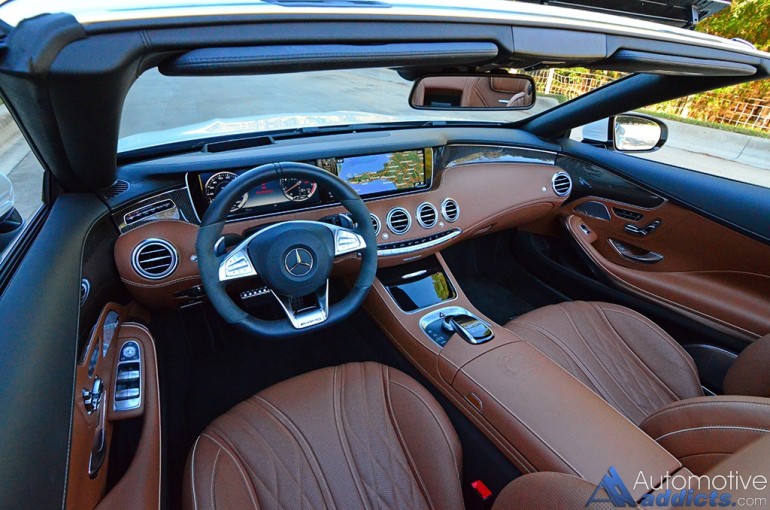 The massive safety blanket of the S65 Cabriolet is no less than one you expect on other properly-equipped Mercedes vehicles. If ever the safety alerts, such as the forward collision warning don’t enable you to react in time, the S65 Cabriolet will perform an emergency braking act upon detecting an imminent collision. The adaptive cruise control combined with the active lane keep assist system virtually enables the S65 to drive itself only asking that you grab the steering wheel after a few seconds of not sensing your steering inputs. The level of automation further isolates you from the road, in a good way as to not take away some of the inspired performance that AMG injects into each one of their proper-badged vehicles. 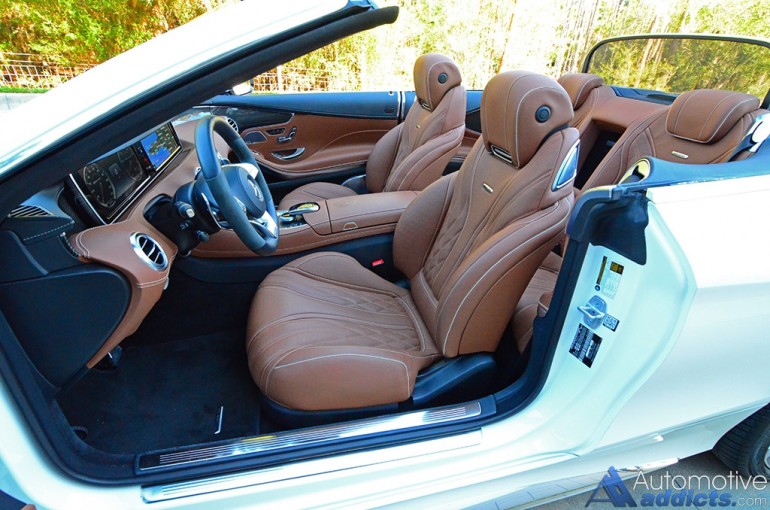 The night vision system equipped on my test vehicle proved its usefulness by automatically enabling upon detection of a walking pedestrian approaching. While Mercedes equips the S65 with remarkable adaptive LED headlights, I didn’t notice the night-vision-detected person until a few seconds after the night vision system popped up the imagery on the massive 12.3-inch color instrument cluster highlighting the person in red. 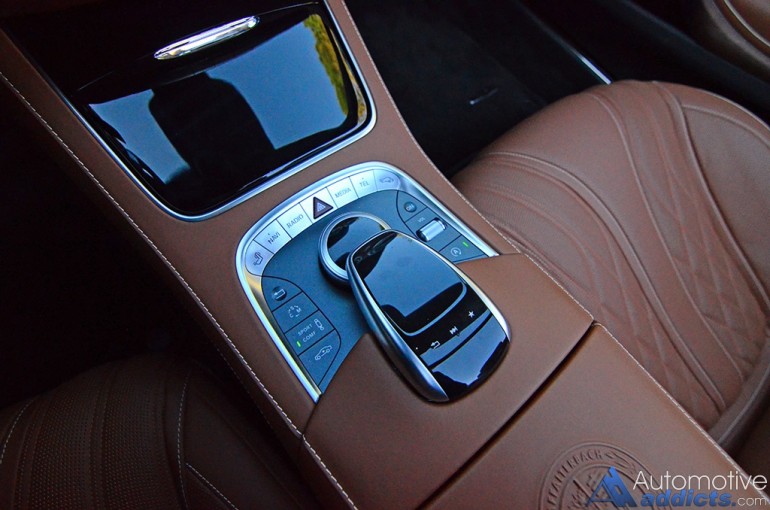 The S65 Cabriolet, being a 4-seater coupe-like variation of the larger S-Class sedan, permits a usable rear seating environment. The two rear seats, almost as lush and comfortable as the fronts, are deep and supportive but play with space by the adjustment of the front seats. In other words, if you have 6-feet-plus occupants up front then you must have someone much smaller to fit in the back if you want them to have enough legroom. The rear heated seats are extremely limited regarding amenities when compared to the vast availability of seating options for the S-Class sedan. Though, the front multicontour seats, which are the most comfortable I have experienced in a Convertible vehicle, are well appointed with a 6-mode massaging feature, heating and cooling, 12-way power adjustments, a heated AIRSCARF neck-level heating system, and heated door panels and armrest. Keeping the whipping wind to a minim when the top is down is the job of the AIRCAP wind deflector system, which I found useful on several occasions to keep my hat from flying off of my head on the highway. 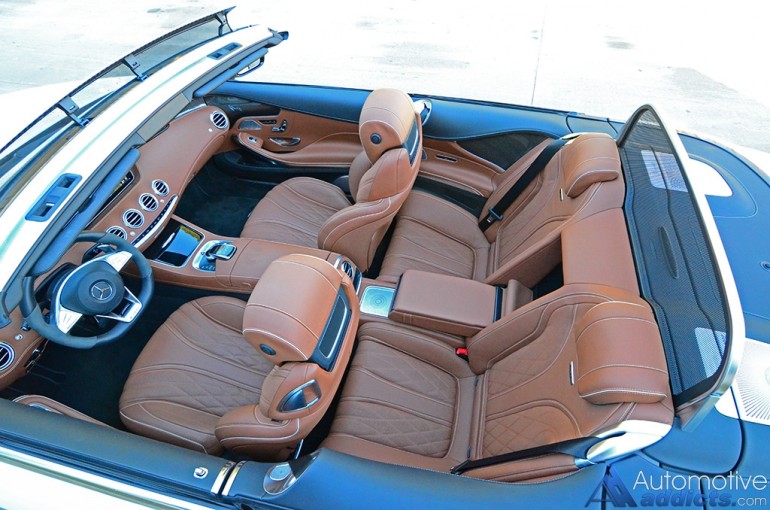 There really isn’t much that’s left out of the true luxury formula when it comes to the Mercedes-AMG S65 Cabriolet. Think of it as the best and fastest S-Class with a drop top and two fewer doors. I will say, the BiTurbo V12-powered S65 Cabriolet is more of a rolling statement for those who want to edge out others in the area of expenditures when they pull up next to a V8-powered AMG vehicle. After all, the S65 Cabriolet isn’t any faster than its BiTurbo V8-powered S63 Cabriolet sibling. The same goes for the S-Class Coupe variation. But don’t tell anyone who has laid down the $255,120 price tag that affords you the best of the best in Mercedes-AMG drop-top luxury and performance. To put the price into shocking perspective, the S65 Cabriolet is a bargain for some when you consider the price tag of new Rolls-Royce Dawn, which is over $340K. For those who have the means to play to such a tune, no one’s really counting at this point. It all comes down to personal preference, which I lean more towards the AMG product.