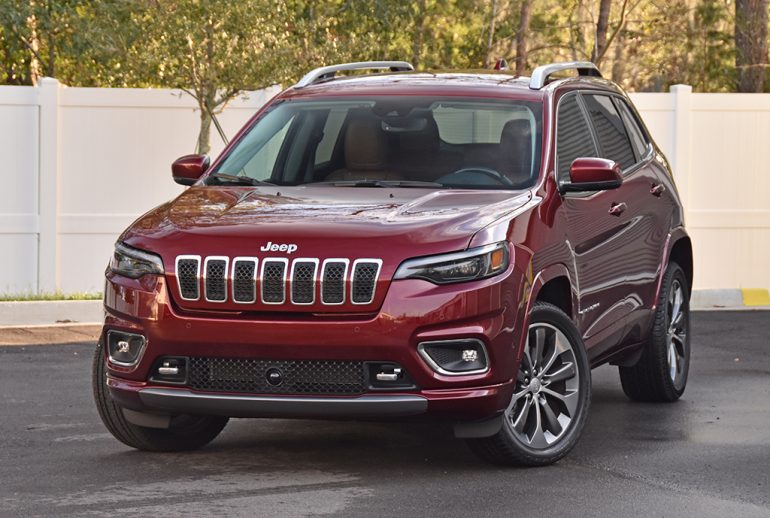 Jeep has always kept a steady pace and met their fans halfway to appease them when it comes to the creation of Jeep vehicles. The Jeep Cherokee has been in the mix to give the masses what they asked for but now with more of a pedestrian approach to quench the thirst for crossover utility vehicles.

>> Get the best price on the Jeep Cherokee from a network of local dealers now. << 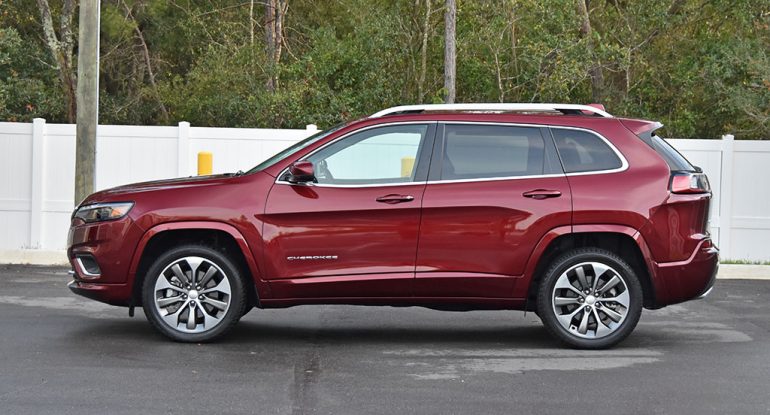 Having experienced the new Jeep Cherokee in the top-level Overland trim, I can walk away knowing that it’s a vehicle that I will never buy, but I now get why it sells so well where it gives those who aren’t exactly thrill-seeks a decent crossover with some off-roading chops. 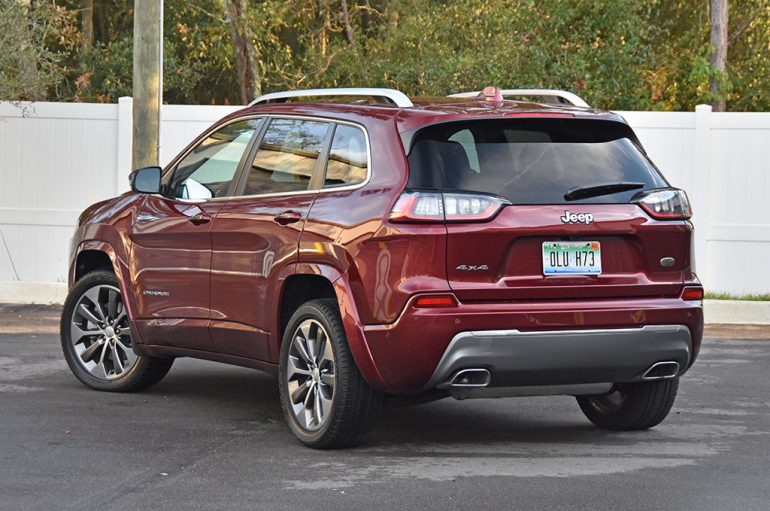 The 2019 Jeep Cherokee now gets the availability of a 2.0-liter turbocharged 4-cylinder engine found in my test vehicle good for 270 horsepower and 295 lb-ft of torque, which is 56 more lb-ft than the V6 engine if you’re taking note. The engine gets mated to the brands 9-speed automatic transmission, which I found needed some improvement for its shift points and responsiveness. Overall, the 9-speed automatic transmission was the downfall for the Jeep Cherokee’s performance due to its slow response to down-shift when power was demanded. However, the mishap could have been a programming issue that may later be remedied with an update from the dealership. Either way, I felt the Cherokee becoming almost dangerous due to the slow response of the transmission for downshifts leaving me out in faster traffic praying I could get out of the way faster vehicles. Otherwise, the Cherokee Overland with the 2.0 turbocharged engine is decent on the road and well-footed ready to tackle many off-roading duties. 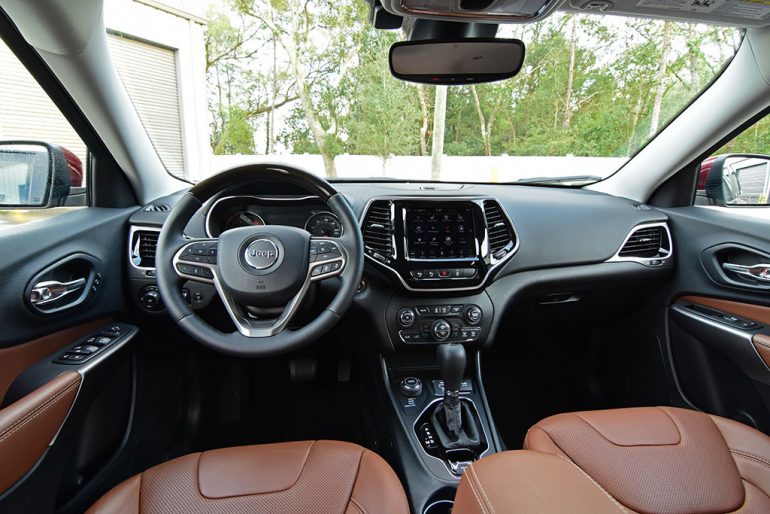 Inside of the new Jeep Cherokee in the Overland trim is a cabin that doesn’t come with many surprises, which can be a good thing. Most controls are laid out properly with the one exception of the climate control knob being mistaken for the volume knob at times, a common issue for many of Jeep’s vehicles that use the latest branded infotainment unit. The system is pretty straight forward and is a delight to navigate through the menu sets and customize certain screen icons and controls to your liking. Jeep and its Chrysler outfit have done well with their infotainment unit, and the Jeep Cherokee Overland’s is no exception. 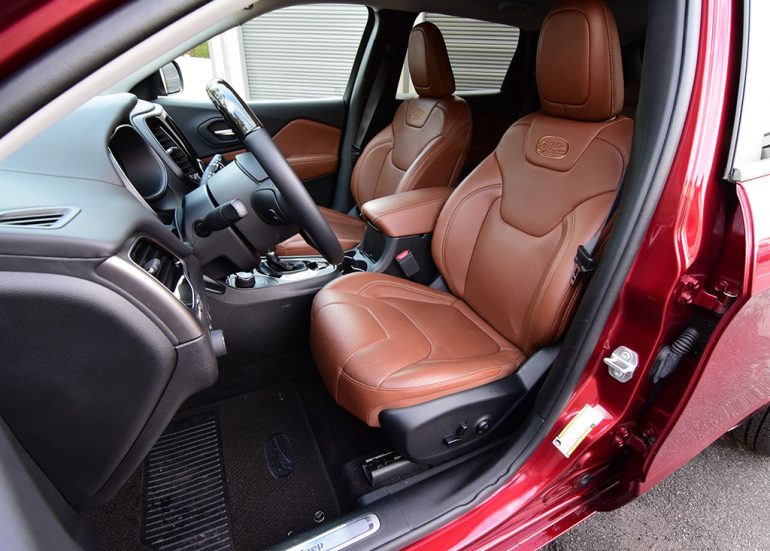 On the side of safety and other tech, the Jeep Cherokee Overland packs in the goods, which makes it a respectable value with an as-tested price just at $40,000. The new Jeep Cherokee at the base level with the naturally-aspirated 2.4-liter 4-cylinder engine starts at just $26,990.

>> Get the best price on the Jeep Cherokee from a network of local dealers now. << 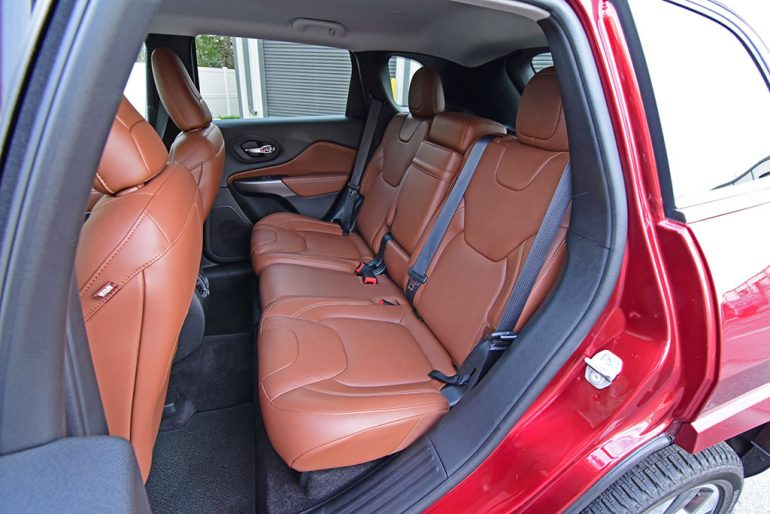 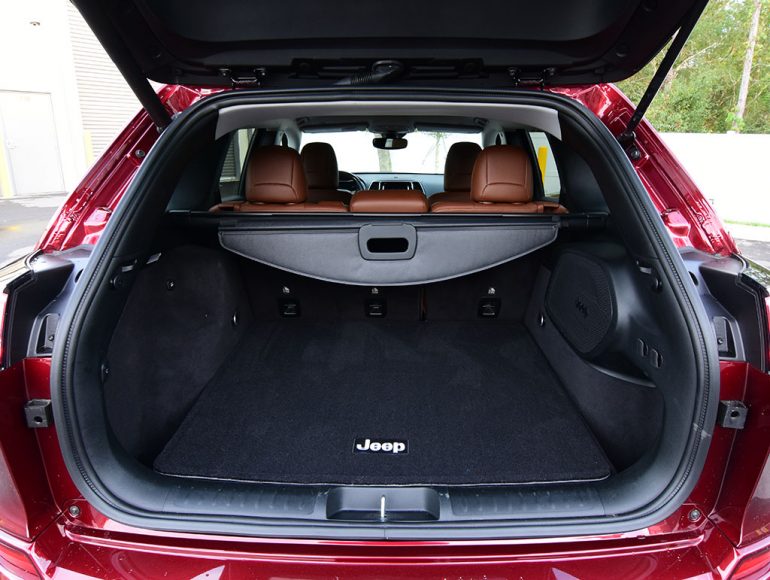