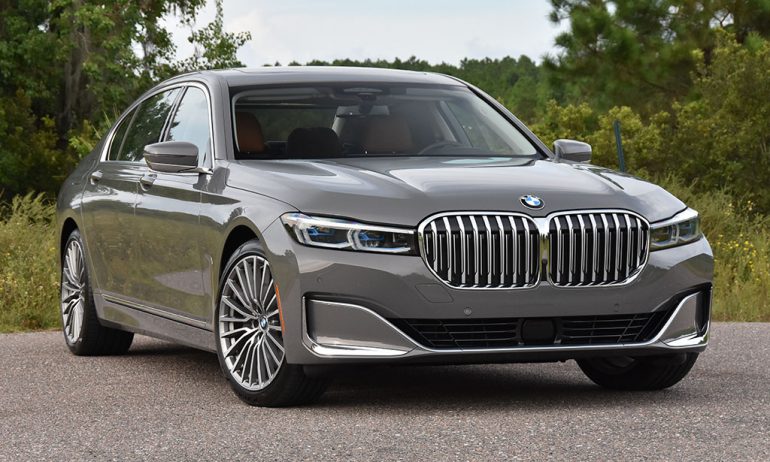 The art of balancing luxury and performance has been a forte of the German automotive brands for many years. At the pinnacle of luxury for BMW, the 7 Series has long been among a select group of driver-focused full-sized luxury cars. For the 2020 model year, such rings true for the large Bavarian cruiser that with its updated styling up front and out back, making more of a profound statement rolling down the road with bold visuals that stun in both good ways and questionable ones when it comes to its new massively-sized front grille.

>> Get the best price on the new BMW 7 Series from a network of local dealers now. <<

Receiving a refresh for the 2020 model year, the BMW 7 Series retains much of what is found in late model BMWs, which is a good thing considering the abundant use of forward-thinking and innovative tech. 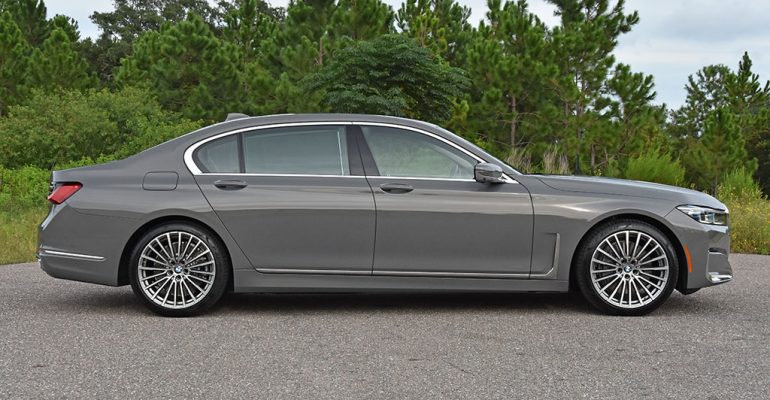 The new 2020 BMW 7 Series continues the current generation’s path that only offers one wheelbase size that is long enough to appease those who wish to be chauffeured, but short enough for those who enjoy piloting the 7 and departing from the “L” nomenclature. 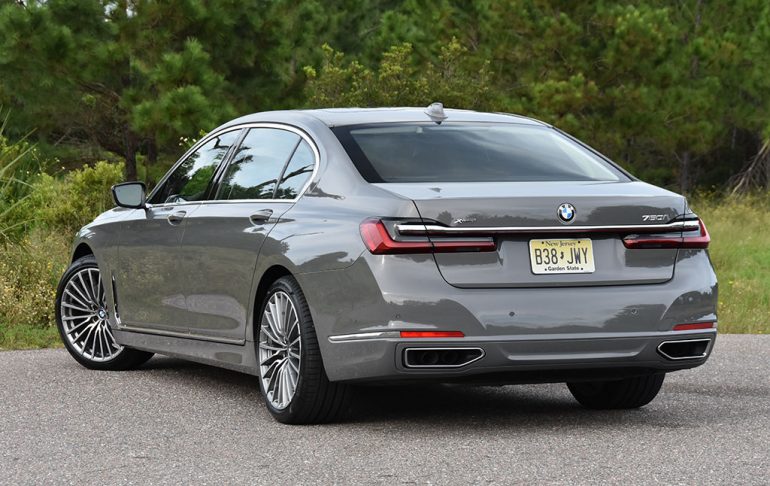 Powered by the latest iteration of the brand’s 4.4-liter twin-turbo V8 engine, the new BMW 750i in my possession now pumps out a healthy 523 horsepower and 553 lb-ft of torque through a proven and direct-feeling 8-speed automatic transmission. The 750i can only be had with the xDrive all-wheel-drive system, which is drama-free in its execution to get power down to the pavement. 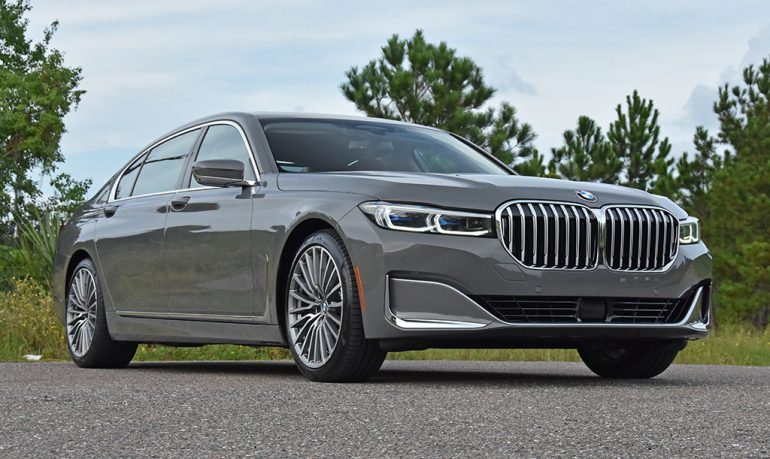 Performance of the new 2020 750i, which trumps the 740i, is surprising for such a large vehicle. While the standard air suspension of the 750i is soft in the default Comfort mode and even softer in Comfort Plus drive mode, the 750i manages to keep its composure, much more than something like the new Audi A8L. The Integral Active Steering system virtually shortens the wheelbase by steering the rear wheels at certain speeds, which comes in handy to maneuver the large 7 Series. The dynamics of the road preview feature of the suspension system to preload the adaptive dampers for upcoming road imperfections combined with the quick reactions of the system to firm things up in an instant are welcomed to balance all 4,722 pounds of heft. I will say, the 750i does exhibit a bit of body pitch when accelerating, in addition to some slight lofting when its pushed near its limits. There’s often a reminder that you’re far from driving an M vehicle with all that the 750i offers, even though its engine is powerful enough to get the German luxury cruiser up to 60 mph from a standstill in just 3.9 seconds using a convenient launch control feature. 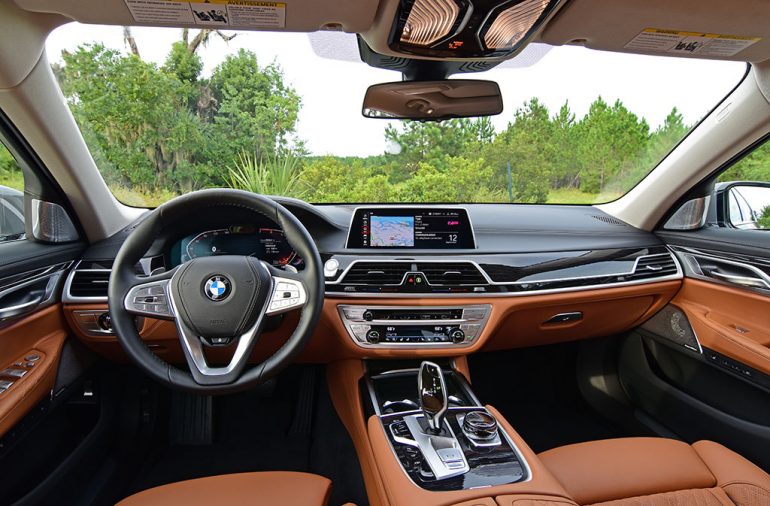 While performance of the 750i is at your beckon, there’s a luxurious character of the new 750i that cannot be denied where it may sap some of the canyon carving fun, but it gives you the pleasure of having plentiful power on tap and just enough sure-footedness to give the driver confidence to arrive at the next business meeting with time to spare. All can be done getting the EPA fuel consumption numbers of 17 mpg city, 25 mpg highway, and 20 mpg combined. 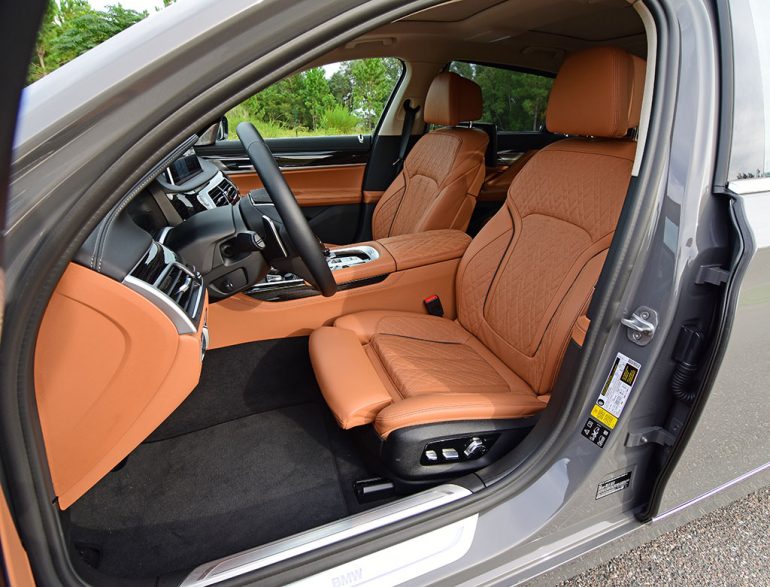 The presence of the new BMW 7 series has never been so profound, which is mostly due to the massively-sized front grille, the largest ever on a BMW. The kidney grille proportions are almost comical but somehow the designers pulled off an act that gets people’s attention, both to either mock the 7 Series or praise its proud demeanor that almost begs slow traffic ahead to get out of the way. I won’t dwell on how the front grille is a love or hate item, I’ll just reiterate its portly appeal that can be taken many different ways all dependent on one’s first impression of how a modern BMW should look.

Other design aspects that have been updated for the 2020 7 Series includes the headlights, which can be had in the LED Laser light flavor that still await the government to allow their full potential, and the rear of the vehicle with restyled LED taillights that are true to the current BMW theme. 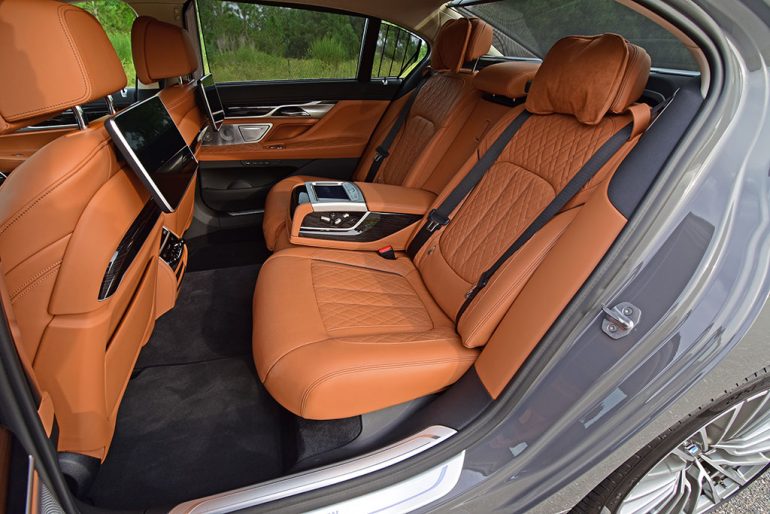 The interior of the new 7 Series is somewhat refreshed but falls in line with the rest of the lineup without any surprises, other than the added passenger volume that “fits” the theme of a 7 Series. All of the expected luxury amenities are in place in my nicely-equipped test vehicle, including the optional Luxury seating package and Executive package, which together add front and rear comfort seats with massaging, heating, ventilation, and several power adjustments. Adding to an inviting luxury environment is a new Panoramic Sky Lounge LED roof, which has a matrix of imprinted dots along the glass that are illuminated by LED lighting for a twilight effect. 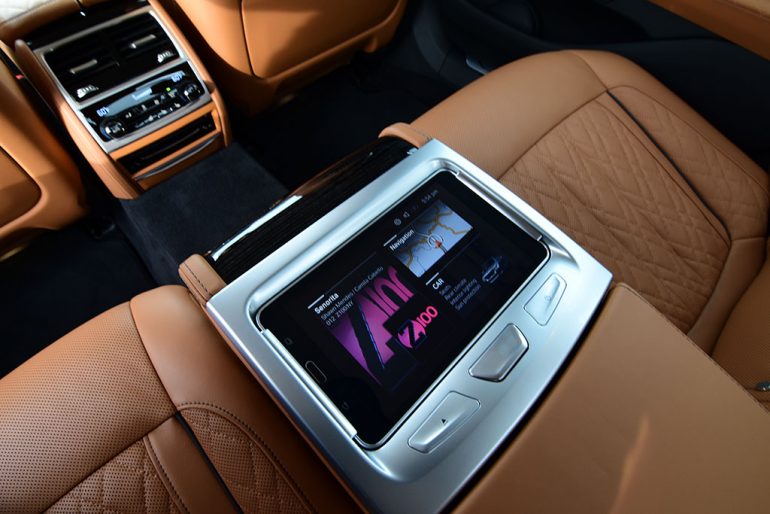 All of the creature comforts that you expect in a luxury vehicle are present in the BMW 750i along with the proper connectivity of wireless Apple CarPlay, Android auto, and you get the latest iteration of iDrive, which retains its quick response, high-resolution touchscreen, and short learning curve for a welcomed immersive experience with many redundant methods of control. 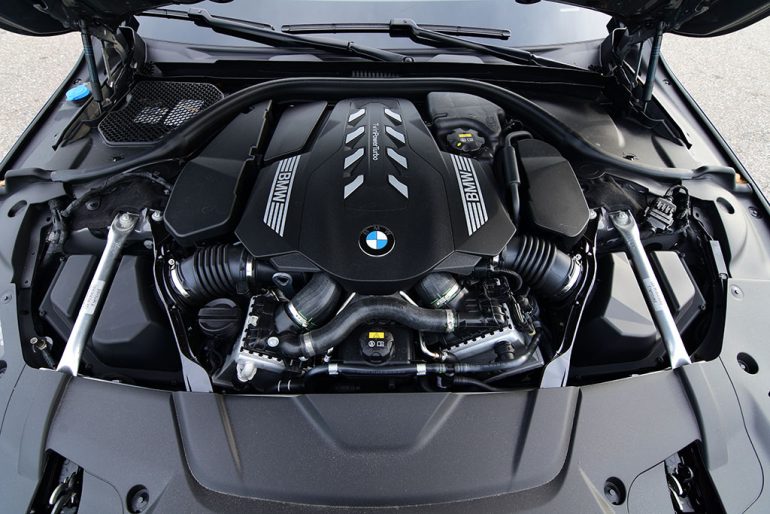 The pay-to-play aspect comes to mind when pricing out a new 2020 BMW 750i that’s nearly fully loaded like my test vehicle, which comes to $126,145. While SUVs like the new X7 are gaining momentum, a select group still take delight in the full-size luxury segment, and the new 7 Series is one that will at least get everyone’s attention at first sight.

>> Get the best price on the new BMW 7 Series from a network of local dealers now. <<