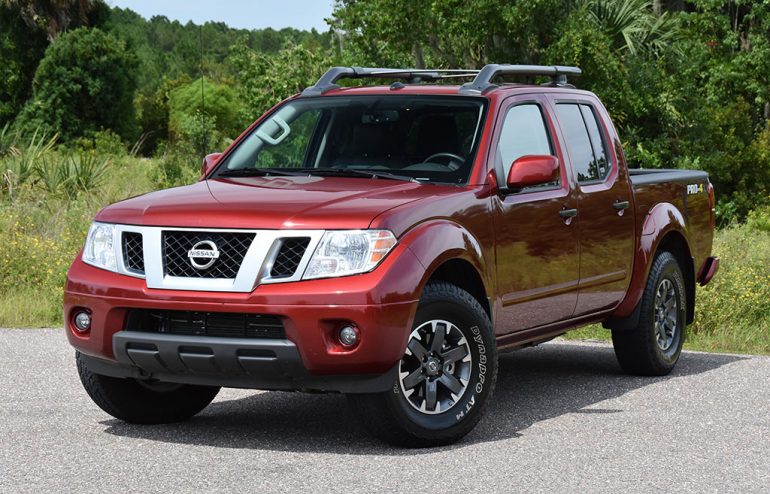 Often, it’s obvious that a manufacturer may be attempting to prove a point with the introduction of a new product that comes equipped with several groundbreaking features and an eye-catching design. On the flip side, there are vehicles that rely on their proven and well-known characteristics to win over those who don’t often venture into the unknown, which brings us to the Nissan Frontier.

For the 2019 model year, the Nissan Frontier oddly remains the same – which it has for the about the past fifteen years. If Nissan ever needed to overhaul a vehicle, it is the Frontier midsized truck. 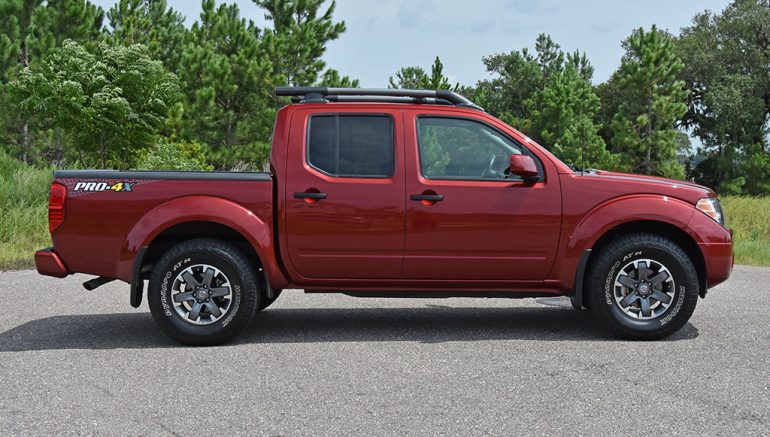 Stepping into the Frontier takes you back many years where its interior instrumentation is a few generations removed from just about every other current model year vehicle on the road. However, with its “classic” smallish interior and an exterior that has stood the test of time, there’s a proven formula that some buyers still welcome in knowing that the Frontier is trustworthy and the most affordable truck of its kind that you can buy new off of a dealership lot. 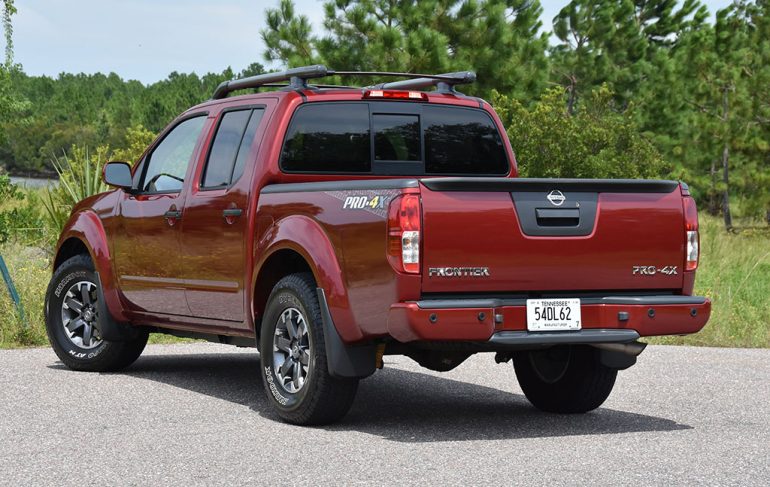 In reviewing the Nissan Frontier last year, I mostly summarized my experience around newly offered trim for the 2018 model year, that being the Midnight Edition. Now, for 2019, Nissan offers the Cayenne Red Metallic exterior color of my test vehicle across the trim range along with having a larger 7-inch touchscreen infotainment display standard. It’s almost as if Nissan has given up in some ways when it comes to the Frontier – almost expecting the lovely public to overlook the aged vehicle that still uses the eager and proven 4.0-liter V6 engine mated to a 5-speed automatic transmission. The V6 engine produces 261 horsepower and 281 ft-lbs. of torque, which is good enough for the tasks thrown at a midsized truck. Another area that is long overdue is the fuel economy for the Frontier V6, mustering out the EPA figures of 15 mpg city, 21 mpg highway, and 17 mpg combined. With such a configuration, you can tow up to 6,370 pounds and haul over 1,400 pounds. 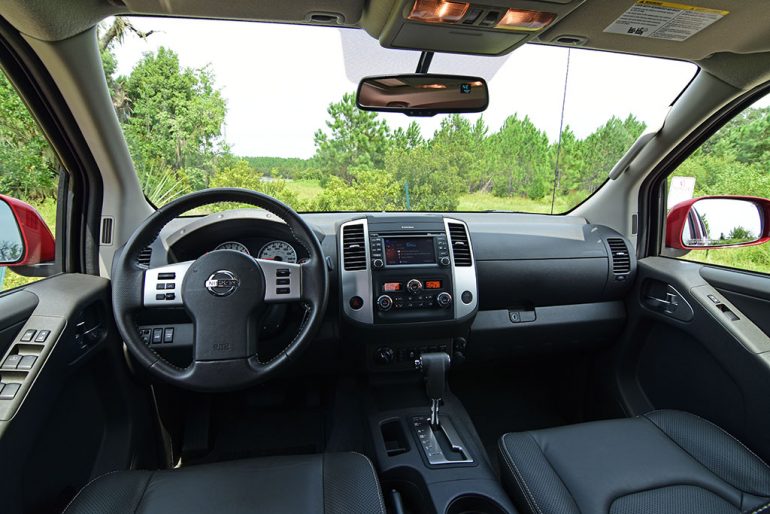 The approach of the Frontier is minimalistic, and that theme carries through the bottom line that Nissan offers having a starting price of just $19,090 for the base S trim with the 2.5-liter 152 horsepower and 171 ft-lbs. of torque 4-cylinder engine. My test vehicle, which is the top-trimmed PRO-4X Crew Cab 4×4 Automatic V6, fits the bill for a look that has stood the test of time with body-colored bumpers, Bilstein off-road shocks, skid plates in the right places, locking rear differential, and all-terrain tires wrapping 16-inch alloy wheels. As equipped, my Frontier comes to a price of $37,440. 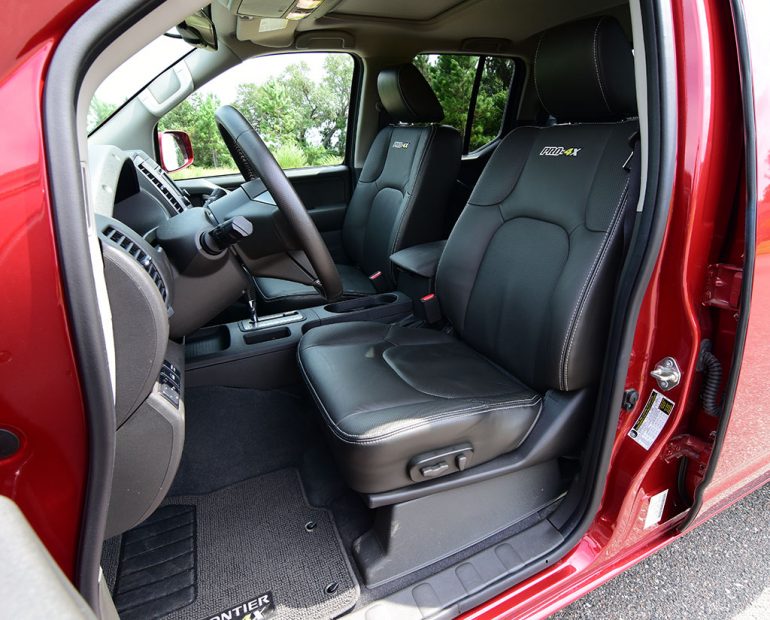 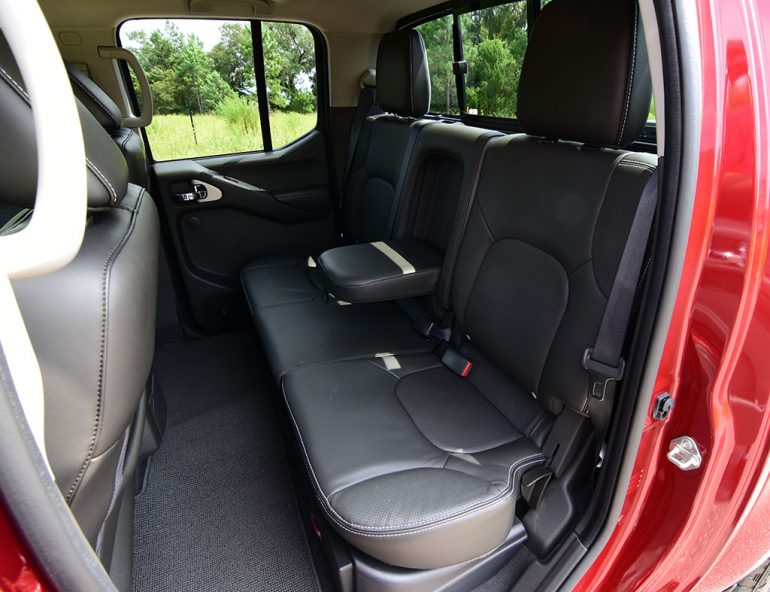 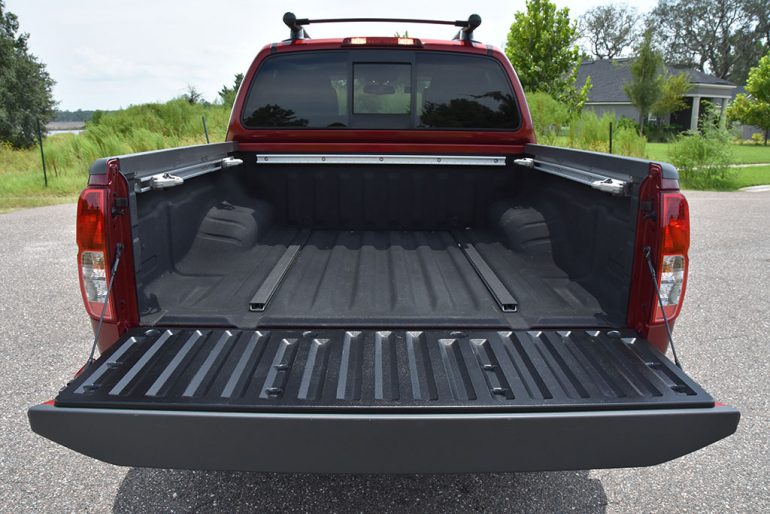