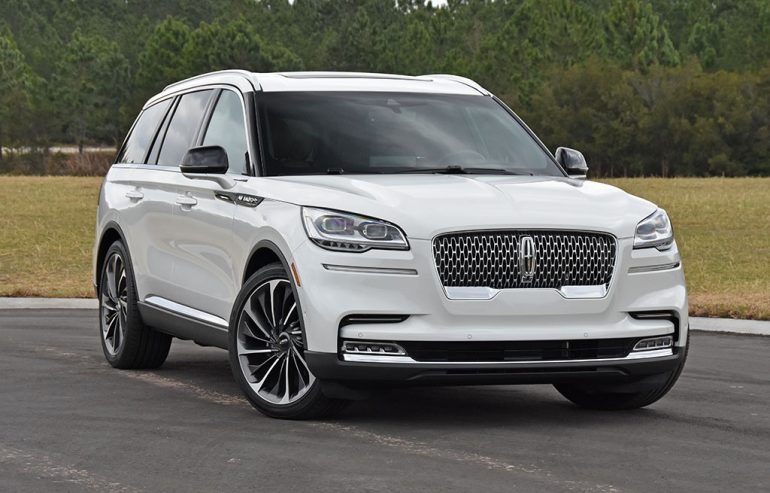 The Lincoln Aviator has made a return and has taken American automotive luxury on its own terms in a new direction not to follow the status quo of luxury traditionalist from German brands or its direct American competition. The 2020 Aviator is all-new from the ground up riding on a rear-wheel-drive platform that has set the tone for the new Ford Explorer sharing some underpinnings. However, the new Explorer and Aviator differ greatly, which is a good thing to shoo away the critics who want to dub the Aviator as a dolled-up Explorer – it’s nothing of the sorts, I can assure you, because I happen to own a new Aviator in the Black Label trim.

Powering the new 2020 Lincoln Aviator is a reworked version of the brand’s 3.0-liter twin-turbocharged V6 engine touting a healthy dose of 400 horsepower and 415 pound-feet of torque. The power is sent through a 10-speed automatic transmission to the rear wheels on base models of the Aviator or through an optional all-wheel-drive system that comes as standard on specific equipment groups and on upper trims, such as the Black Label and on the Grand Touring plug-in hybrid variation. 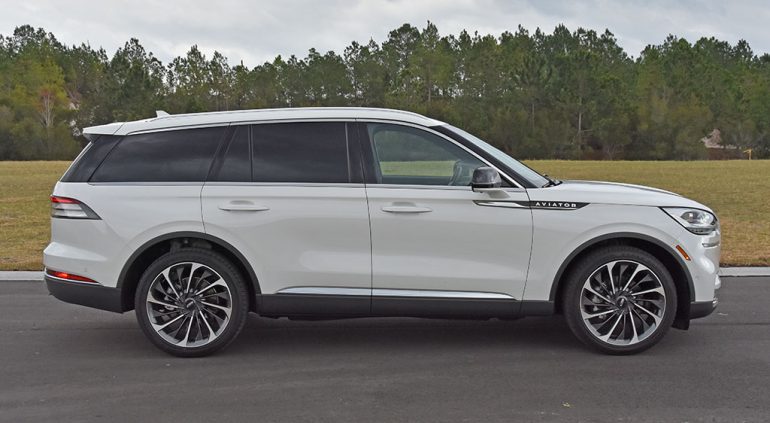 Making a good move to do away with the confusing “MK” vehicle naming scheme, Lincoln has brought back names that fit a proper theme of each vehicle. Moreover, Lincoln makes a good move by offering a plug-in hybrid drivetrain, which comes in the Aviator Grand Touring model with 494 horsepower and 630 lb-ft of torque. The Grand Touring trim expands the reach for the Aviator to not only have more power, but to offer consumers a plug-in-charging option with about 21-miles of pure electric range. 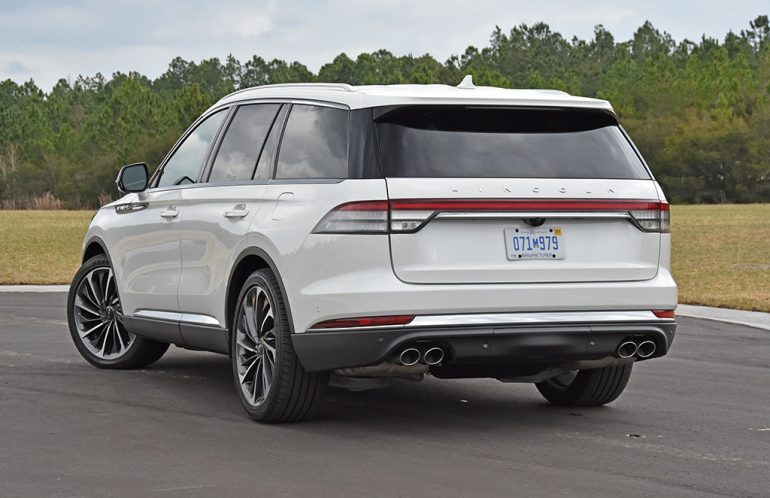 In driving the new Aviator Reserve loaded up with nearly every option available for the mid-level Reserve trim level, there’s an overall softness to its character. While the 400-horsepower turbocharged V6 is eager to run, it does so without the apparent need for any additional power where the 10-speed automatic transmission, which is found in both the gas-powered Aviator and the plug-in hybrid Grand Touring model, hardly ever unnecessarily hunts for gears. The Aviator is also good for towing up to 6,700 pounds when equipped with the towing package and up to 5,600 pounds on the Grand Touring plug-in hybrid. 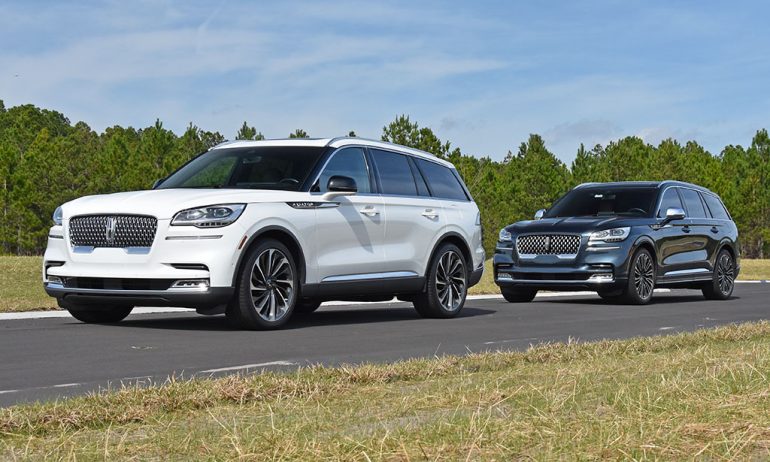 Fuel economy is estimated at 17 mpg city, 24 mpg highway, and 20 mpg combined for my all-wheel-drive Aviator Reserve II test vehicle. I averaged about 19 mpg in mixed driving and was able to muster out about 23.5 mpg on the highway obeying the speed limit.

Initial acceleration is strong without any turbo lag, but the engine noise is a bit MORE than I expected on mid to full throttle application. Overall, the Aviator is very quiet with the proper sound insulation in the right spots to isolate road noise, but the engine sound seems to find its way into the cabin when power is demanded. Once you get up to cruising speed, the growling engine sound nearly disappears but quickly resurfaces if you ever put your foot down on the accelerator. If the sound is too much, there’s always the volume knob of the optional 28-speaker Revel Audio system to turn up – in what is among the best audio systems I’ve experienced in a vehicle fresh off of the assembly line. 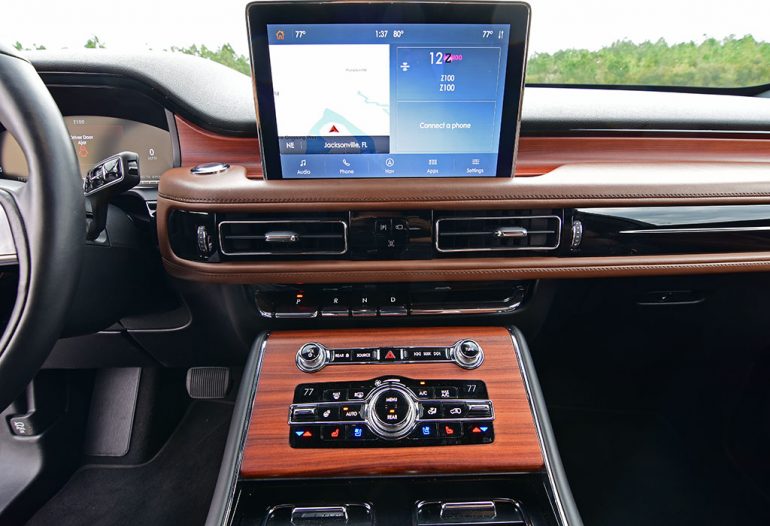 The handling of the Aviator is decent and often surprising for such a soft suspension system – in a good way. At times I do wish the suspension was a bit firmer to reduce an abundance of body pitch and dive on hard acceleration and braking. On my loaded-up Aviator Reserve test vehicle, it came equipped with the optional Dynamic Handling Package, which replaces the standard coil springs for an air suspension setup and a road preview system that reads the road through the front windshield camera to preload the adaptive dampers through detecting road dips and heaves ahead reducing impact to the driver and passengers. The system appears to work well but there’s no indication of it actually working other than you going over a familiar road imperfection that feels remarkably softer than it does in your other car(s). 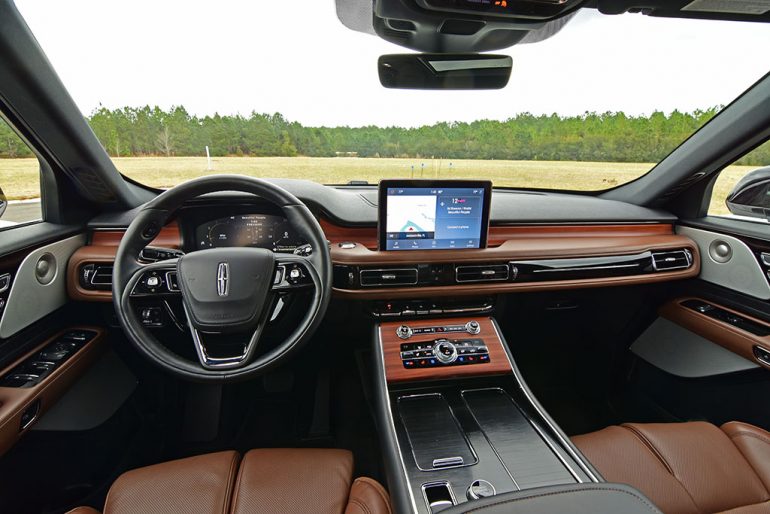 In all, the Aviator Reserve with the Dynamic Handling Package rides just as good as full size six-figure German luxury sedans despite the large 22-inch wheels. The larger 22-inch wheels that come as part of the Reserve II option package (over the standard 20-inch wheels), appear to aid in the Aviator’s handling abilities being that they are wrapped with meaty 275/40R22 Goodyear Touring tires that are foam-infused to also help reduce road noise. Other features of the air suspension system include an easy entry/exit setting that will automatically lower the vehicle upon approach to unlock and enter, what Lincoln calls kneeling. When exiting, the vehicle will lower some but not to its fully “kneeled” position. Additionally, the system will lower the vehicle when the rear power liftgate is opened for easy loading. The five distinct drive modes (normal, conserve, excite, slippery, and deep conditions) also play a part in controlling the air suspension for the proper drive height adjustments where deep conditions raises to the highest point, excite – essentially a sport drive mode – lowers the vehicle a few millimeters, while normal, conserve, and slippery keep it at a normal height but will lower for better stability and aerodynamics around 70 mph. 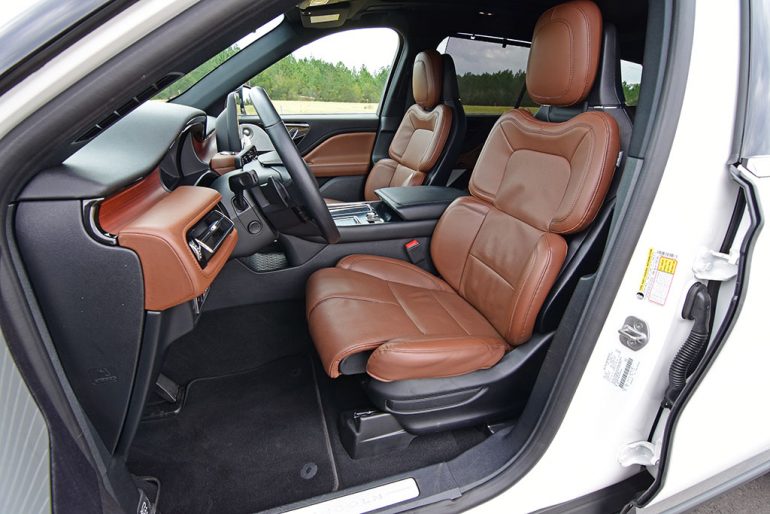 The new 2020 Aviator brings pure luxury to the table with a cabin that’s laced with the proper appointments for all six or seven passengers, depending on the second row being configured with the two captain’s chairs or a no-cost option bench seat. The latest Sync infotainment system, fed through a large and somewhat out-of-place 10.1-inch touchscreen, is user-friendly and responds well after it finishes its initial loading sequence. The clarity and resolution of the screen is very good, giving you crystal clear graphics and an excellent representation of the 360-degree camera system. 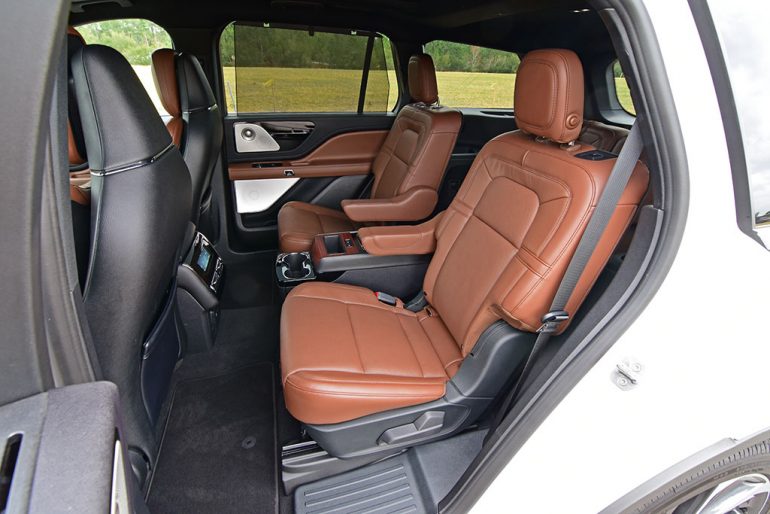 Most will notice that the Aviator somewhat follows the theme of its larger Navigator sibling, which is also a good thing considering how the new Navigator took its king-of-the-hill place for its segment. The “perfect position” 30-way adjustable heated, cooled, and massaging seats that come as part of the Reserve II equipment group (Luxury Package), are supportive and comfortable at the same time. One thing to note is the 30-way seats do take a while to find an optimal adjustment. Just jumping in the front seats and making a few quick adjustments hardly ever suffice to feel right, no matter how tall, short, small, or big you are. In the second row, there’s heated and cooled seats (outboard seats with the bench) and a good amount of legroom to spare. The Captain’s chairs have relatively accommodating adjustments and comfy wide armrests. Getting into the third row is somewhat easy at the press of a button to ‘spring’ the second-row seats forward. The third row is low and more accustomed for smaller children, or two adults in a pinch, as you would expect in a midsized crossover that seats six or seven. Behind the power-folding third row of seats is a good amount of cargo room, a bit more than a lot of the Aviator’s luxury competition. 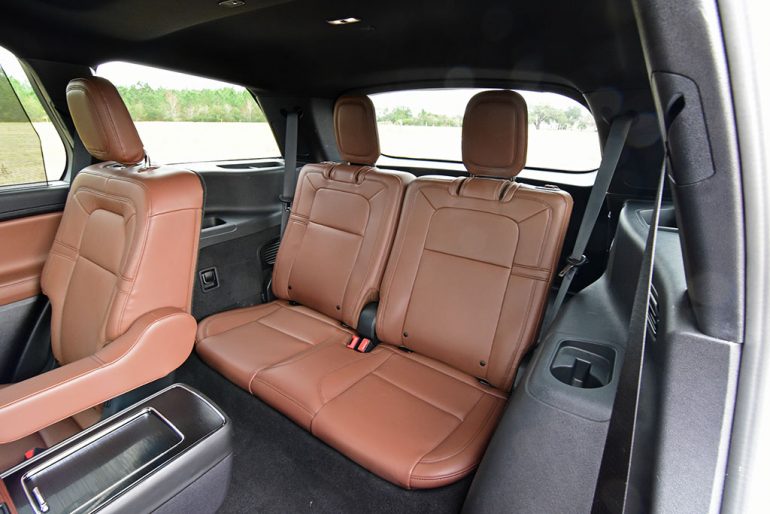 The dashboard materials are mostly of good quality with any trim – but are taken to the next level with the Black Label trim providing different leathers, additional accent stitching throughout, soft-touch lower door trim, and a suede-like headliner, which will cost just over $6,000 on top of a nearly-loaded Reserve trim at about $72,000 ($74,000est as-tested price). With the Aviator Black Label, which can be had in the plug-in hybrid Grand Touring configuration as well, there are a bevy of additional concierge benefits and a robust no-cost maintenance plan that help justify the extra price, apart from the three pre-set unique interior themes that you must select. 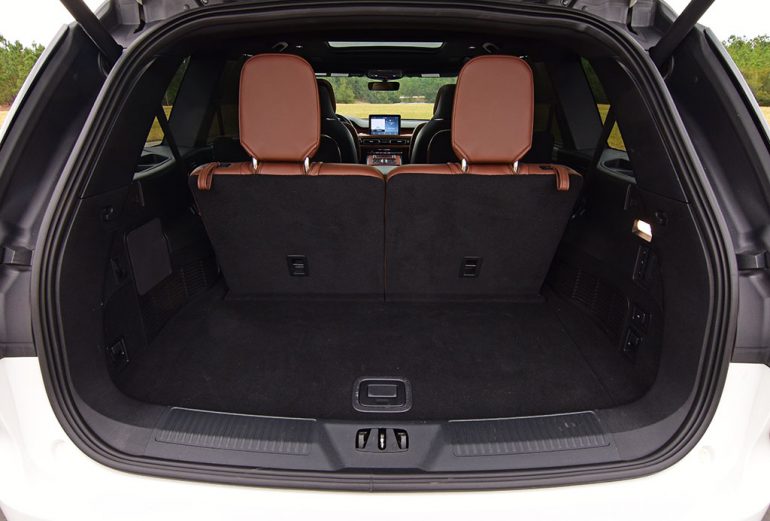 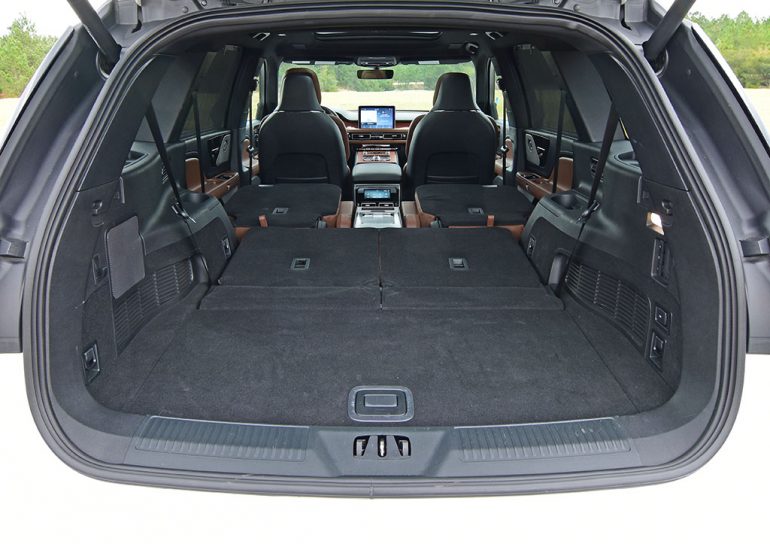 Lincoln has done their homework in creating something refreshing with the proper looks to turn heads. Wrapped in a virtual safety blanket of active safety features and the benefits of adaptive cruise control, advanced lane-keep autonomy, and other expected features as part of the optional Co-Pilot360 Plus Package, the Aviator is ready to not only put you at ease on the road ahead, but it does a good job at emulating the feel of flight, hence its name. Of course, to get such a feeling it is going to cost you at least the base price of $51,100 and climb to as high as $78,000-$82,000 for the top-shelf Black Label trim, and even higher for the Grand Touring Black Label at about $90,000.