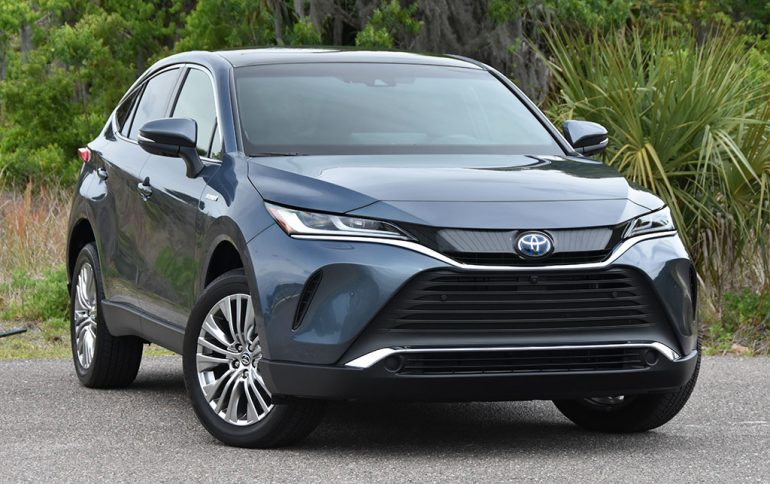 For many years, I’ve referred to Toyota as a methodical giant as they make calculated moves in making some of the most reliable vehicles around and happen to be one of the largest automakers in the world. Moreover, Toyota has pioneered the hybrid vehicle and recently rolled out yet another iteration of a hybrid but in a midsized crossover package in the newly redesigned Venza, which has returned exclusively as a hybrid vehicle after taking a hiatus for a few years.

The all-new 2021 Toyota Venza in its hybrid form, the only way to get the new Venza, takes upon a unique approach that fills a gap between the RAV4 Hybrid and the larger 3-row Highlander hybrid. Slotting between the RAV4 and Highlander, the new Venza finds a welcoming place in the upcoming and inevitable transition to EVs where hybrids will naturally help with such movement. 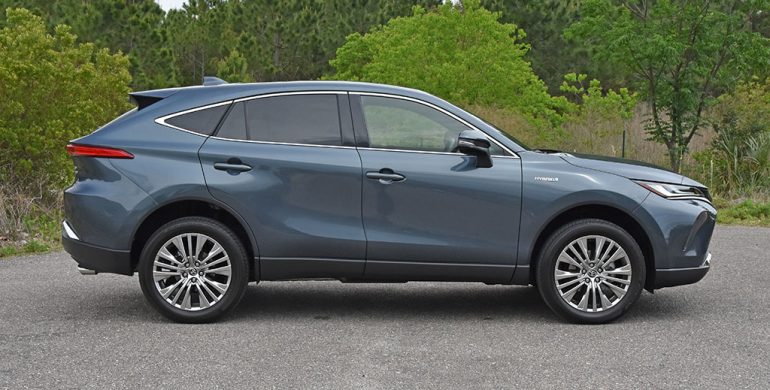 What Toyota has done with the Venza is take their Japan-market Toyota Harrier and bring it to the states but with a Lexus-like polish to it that makes it an attractive offering for the American market. Fundamentally, the Venza’s platform is derived from the current RAV4 but the Lexus-esq theme found in the new Venza adds a premium appeal to the vehicle and departs from what you expect from the RAV4. 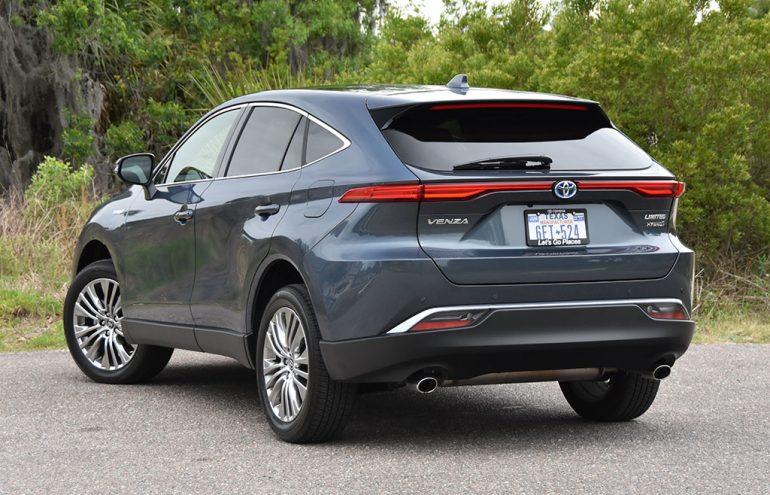 The new Venza, now in its second generation, departs from the first generation in its powertrain by now having an exclusive hybrid setup using a 2.5-liter 4-cylinder engine paired with three electric motors – one at the rear axle and two up front to assist the front-wheel-drive-based setup. Though, the Venza comes as an all-wheel-drive vehicle by the way of it having that single rear axle electric motor, which coupled with the gas engine and the other two electric motors makes a total of 219 horsepower. The gas engine alone makes 176 horsepower and 163 lb-ft of torque where it joins the three electric motors to send power to the front wheels through a CVT (continuously variable transmission) and also adds a bit of power through the rear wheels by a single electric motor. 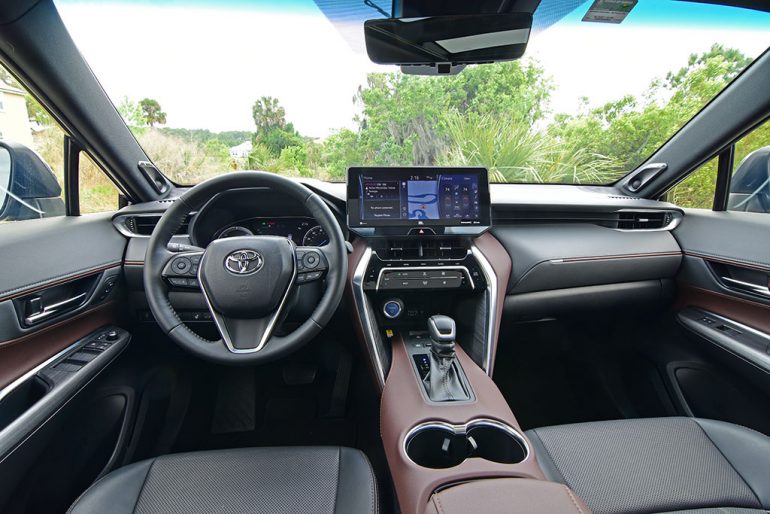 Just like the Prius in its current refined state over the many years of development, the new Venza is a seamless driving experience where the intelligent hybrid drive system sorts out power management and the smooth switchovers from electric power to gas engine power, to the utilization of both when extra power is demanded. The brakes also feel very natural as they modulate initial regenerative braking on to the use of the friction brakes. Overall, the experience through the use of the CVT gives the Venza a zippy feeling and moves with some authority under full throttle. Zero to 60 mph clips off in about 7.5 seconds if you get a good launch without front wheel spin. The Venza can do this thanks to a curb weight that’s just under 4,000 pounds at 3,913 pounds. 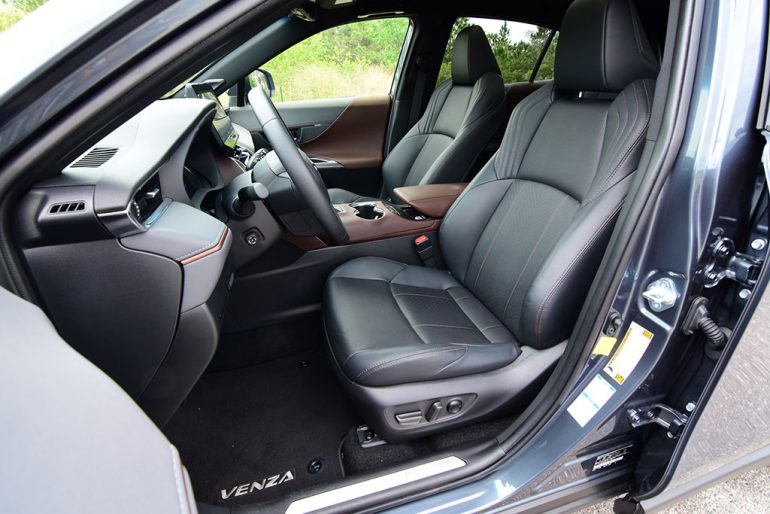 Toyota has created an interesting concept in the Venza that may not catch on to the public immediately, but part of its best traits is not only its decent forward momentum for a hybrid Toyota, but it is able to muster out 40 mpg city in the real world as I experienced during my week with the Venza. On the highway, the EPA estimate is 37 mpg, which is also easily attainable (EPA-estimated 39 mpg combined). Moreover, what I love about the Venza, or any Toyota/Lexus hybrid vehicle, is the ability to modulate the throttle according to a clear readout of where the vehicle will run in the EV mode before switching over to the gas engine. Such a readout through the gauge cluster or color heads-up display is a nice tool to give you enough information to make a conscious effort to save more fuel by using more electric power or limiting heavy throttle inputs when they are not necessary. In a nutshell, the Venza doesn’t have a sporty character anywhere in the way it drives, almost like most Lexus vehicles -again, what you expect out of a Toyota hybrid vehicle. 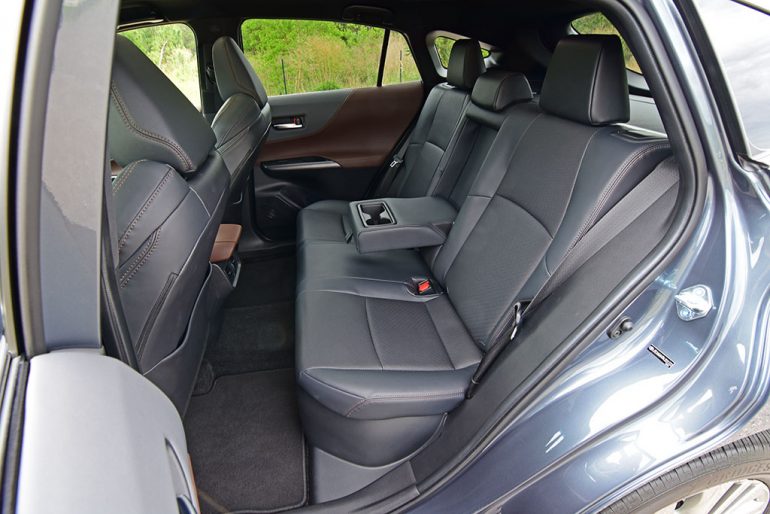 Moving to the refinement of the new Venza in stating that it is very Lexus-like, one would agree with my findings after spending time in the cabin of the Venza and realizing that it is nearly on par with the plush and luxurious feel of a Lexus. Additionally, the smoothness of the hybrid drive system the proper sound deadening to muffle out some of the high-pitched drone sound of the 4-cylinder engine go the distance to make the Venza feel upscale. The proper soft-touch materials used throughout the dashboard along with the accented trim colors and large 12.3-inch touchscreen all add to the overall Lexus feeling inside of the Venza. 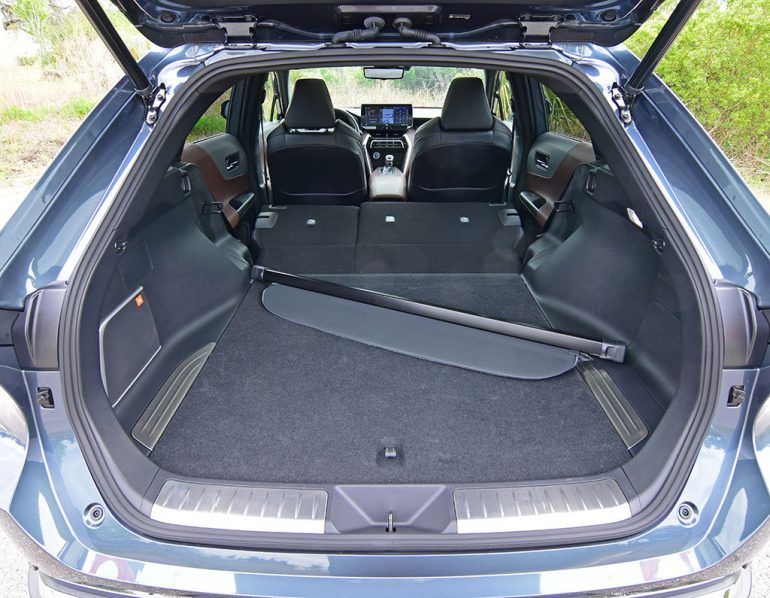 The only major drawback I find inside of the Venza is a tighter space than I would have expected in a midsized crossover, even if it does have decent heated and ventilated front seats – they are comfortable but there isn’t as much space as you find in many other midsized two-row crossovers. The space proportions are on the small side, especially if you dare to compare the Venza to the Lexus RX or its competition in other mainstream midsized two-row crossovers.

In keeping with the traditions of automotive tech, the Venza brings most of the expected features to the table in addition to a variety of active safety tech leaving no stones unturned. The use of Toyota’s latest infotainment system fed through a large 12.3-inch touchscreen is mostly user-friendly but has a slight learning curve in the initial display of certain screens, such as sliding the display for the climate control to subdivide other displays. The use of Apple CarPlay and Android Auto is well integrated allowing additional readouts of other vehicle functions to be displayed at the same time. 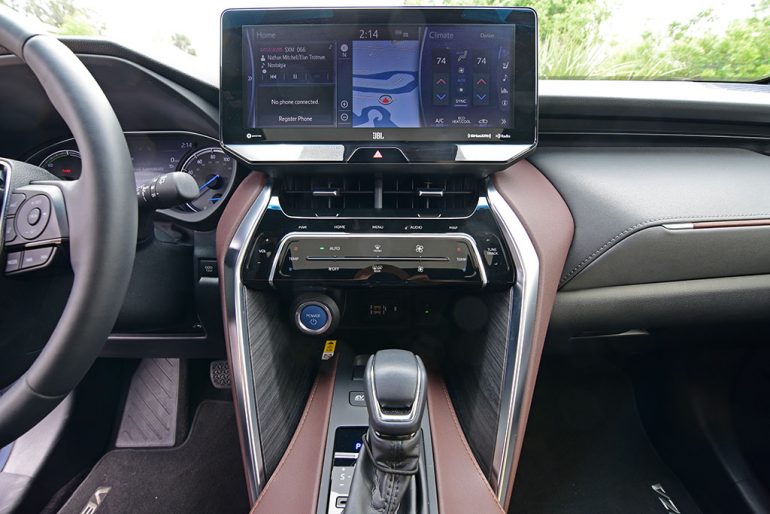 The bottom line for the new Toyota Venza routes to its pricing, which is actually not too bad considering you’re getting a near-luxury midsized crossover hybrid that proves to have respectable fuel consumption figures. Not to mention, there are a few innovative features in the Venza, such as the Star Gaze panoramic roof that can “shade” itself electronically by frosting the glass at the push of a button or completely block out sunlight through the power sunshade. Starting at just $33,645 for the base Venza LE trim, there’s a bargain to be had for a midsized hybrid crossover that gets 40 mpg! My loaded-up Venza Limited test vehicle comes to a price of $43,100 including a $1,175 delivery, processing, and handling fee, which checks all of the boxes for most who are fuel-conscious and don’t care about the non-sporty side of how the Venza drives.