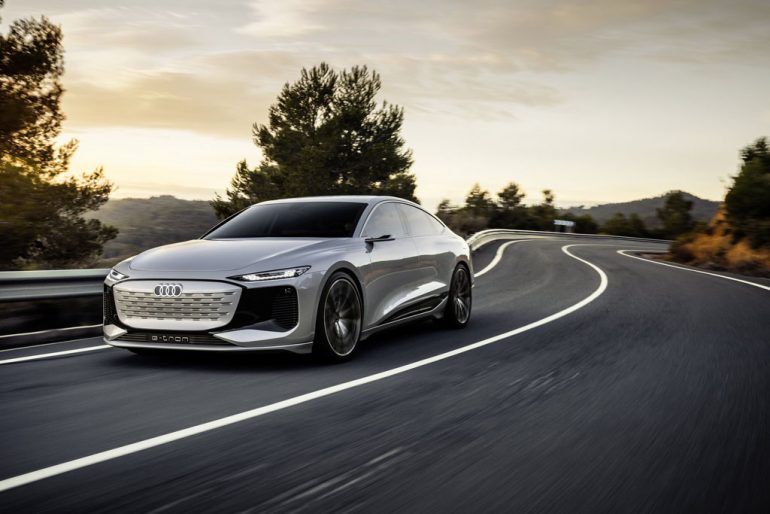 We won’t beat a dead horse with the fact that Electric Vehicles (EVs) are coming hot and heavy in the next few years. We will, however, drool over the new Audi A6 E-Tron concept because it’s just sexy and looks to be a vehicle to help bridge the gap for mainstream EVs between the six-figure gems that we’ve watched get crazy 0-60 mph times and vehicles forthcoming EVs that are said to start just under $30K (yeah, we’ll believe it when we see it).

The Audi A6 E-Tron caught several googling eyes at the Shanghai Auto Show where it was first introduced and captured a recent double-take after it was announced that a production model will be revealed next year (2022). The Audi A6 E-Tron concept is a looker and set to move the EV needle forward for something innovative that’s very very easy on the eyes. 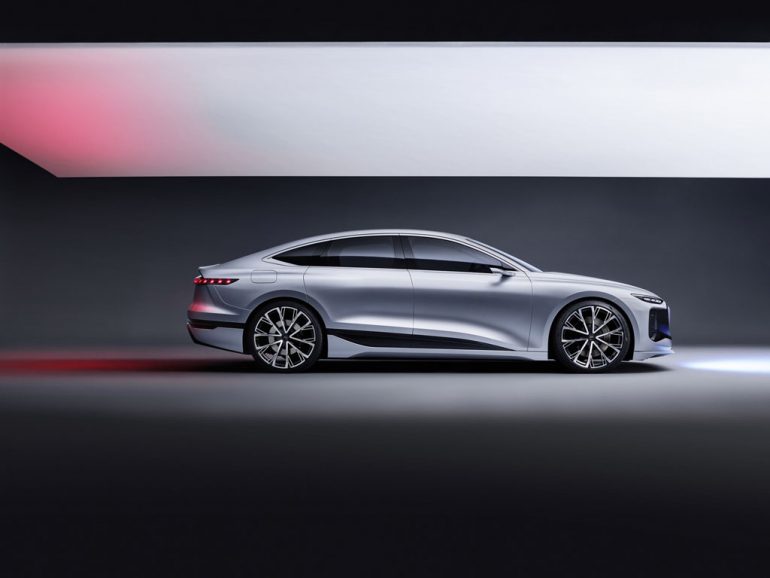 Let’s be real here, the A6 E-Tron Concept looks stunning and electrifying (see what I did there?). Audi has long had some good-looking vehicles but this takes things to a new level, one that no one really saw coming as we move to a new brave EV world where some new EVs look downright hideous. 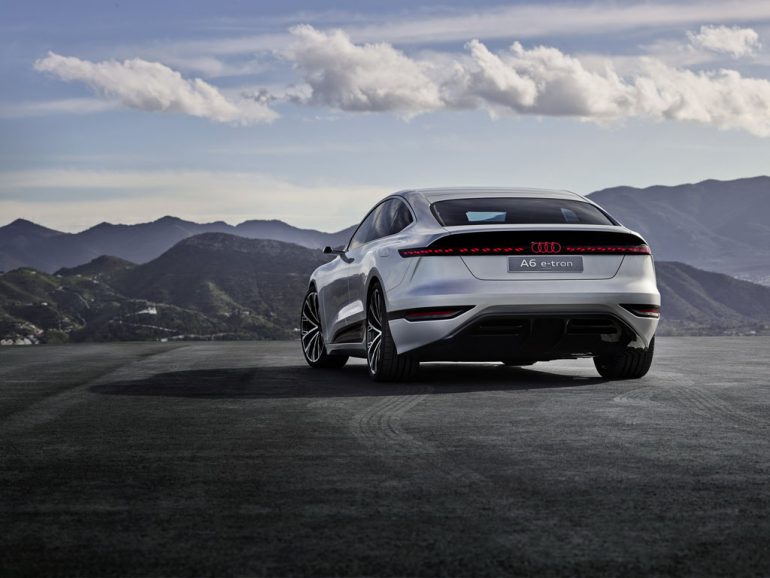 The new A6 E-Tron is expected to get two electric motors with 469 horsepower and 590 pound-feet of torque pushing all four wheels as you expect in an Audi. The range is said to be about 435 miles, which is welcomed and would be highly competitive to other new EVs in this class coming in the next few years. These specs are stated for the A6 E-Tron Concept, but we don’t see any reason Audi would divert far from such a formula as it makes perfect sense for the baseline of the new A6 E-Tron when we get the production version. 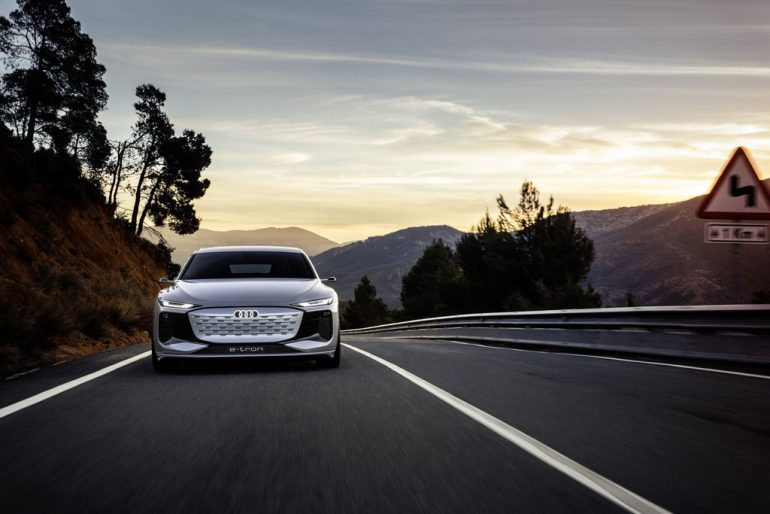 The Audi A6 E-Tron is slated to start production in 2023 and be conceptualized from the new PPE platform, which is said to underpin a forthcoming Porsche Macan EV and many other new Audi EV vehicles. The scalable platform is expected to replace the current E-Tron crossover as well making way for a full line of Audi EVs in both sedan and crossover forms. 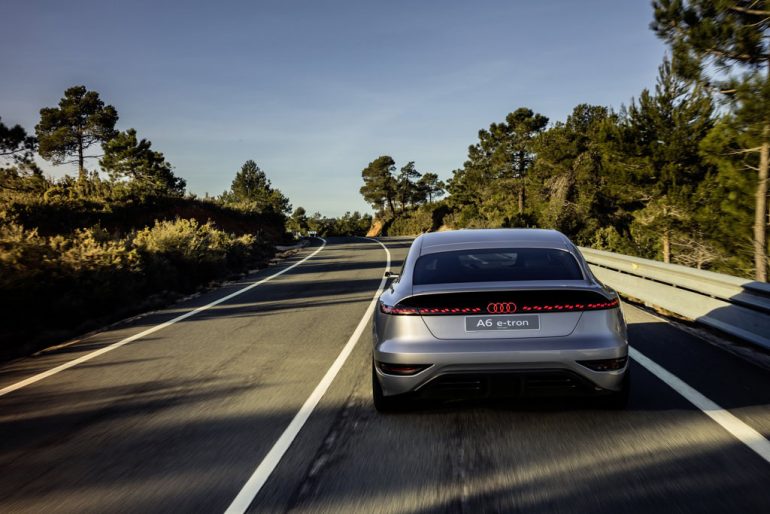 From what we see here in the A6 E-Tron Concept, we can expect some attractive offerings from Audi that may win over many to make that move to EVs, provided the price is right, which if we were to guess it would be a starting figure of around $60K for a base model and inch closer to $75K to $85K for a high-performance variant. As far as when the A6 E-Tron would replace the current fuel-burning A6, well, that could happen immediately once the A6 E-Tron hits production – that’s our educated guess – because EVs will take over, right?