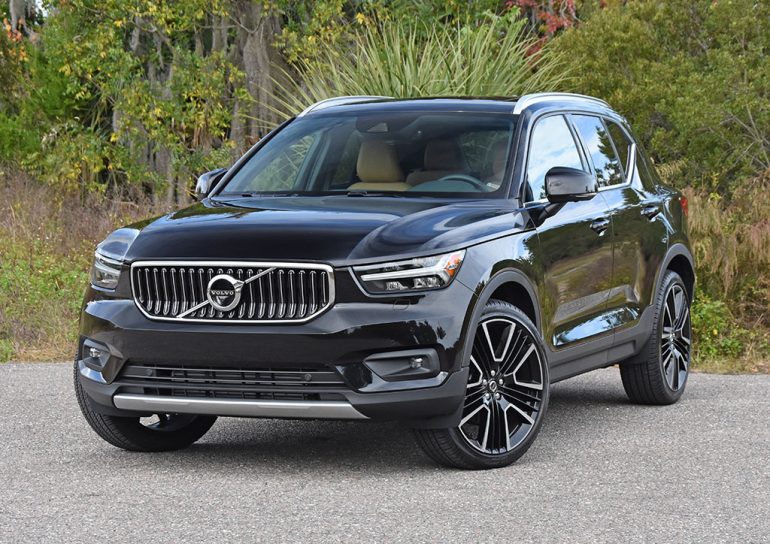 There’s something to be said about an automotive manufacturer that takes a unique approach to its overall design to avoid replicating what most are accustomed to for specific segments. Volvo has been an automaker that’s always set out on a lone path to be different from the rest of the crowd, and their latest compact crossover, the XC40, delivers on such a theme in a smallish but premium package.

The Volvo XC40 was first introduced as a 2019 model year and since then it has had updates to its list of standard and available equipment but retained the stylish look and classy premium theme since then. 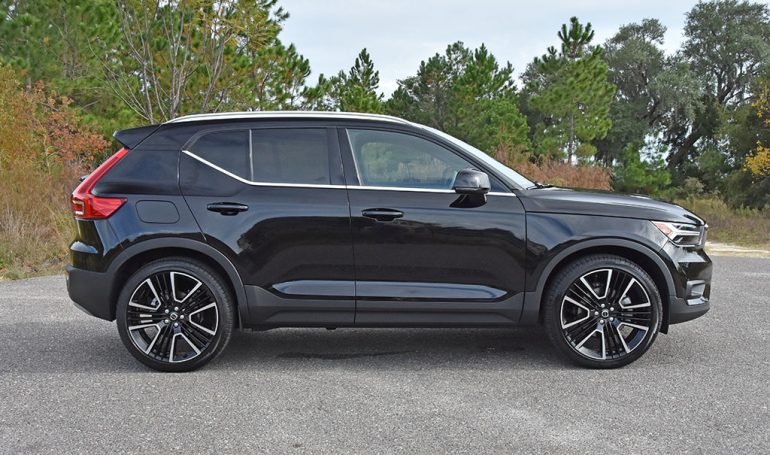 The Volvo XC40 offers two levels of performance from two different turbocharged 2.0-liter 4-cylinder engines. For the efficient choice, the new 2022 Volvo XC40 T4 trim touts 187 horsepower and 221 lb-ft of torque in only a front-wheel-drive setup. Moving up to the T5 trim gives you standard all-wheel-drive and more power from a turbocharged 4-cylinder engine, 248 horsepower, and 258 lb-ft of torque. 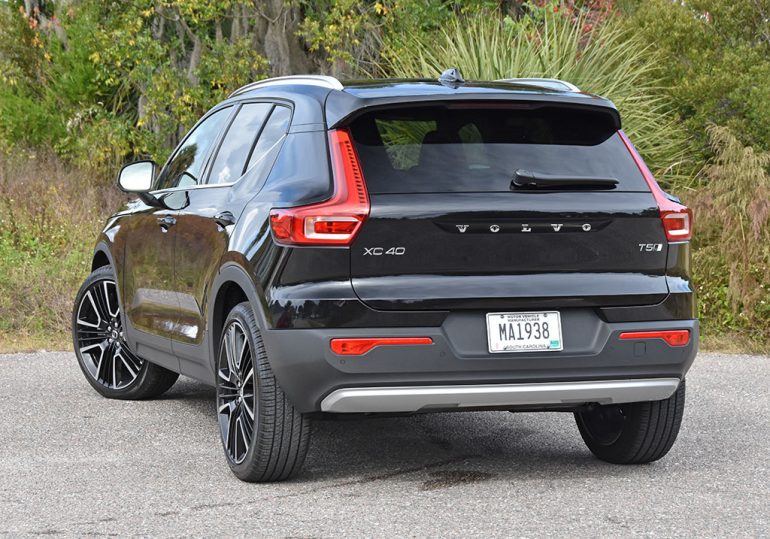 Both engines send power through an 8-speed automatic transmission that I found in my XC40 T5 AWD inscription test vehicle to be somewhat slow on upshifts leaving a little to be desired for a sporty feel. Though, the larger 21-inch wheels equipped on my test vehicle prove to add some sporty flavor without sacrificing much in the overall ride quality thanks to a well-tuned suspension system. There is just a hint of turbo lag out of the hole but the more powerful turbocharged 4-cylinder in the XC40 T5 does well and moves the vehicle along reasonably to hit 60 mph in about 6.2 seconds from a standstill. Overall, there’s an assured feeling in the way the XC40 T5 drives giving the driver plenty of confidence and an enjoyable experience. 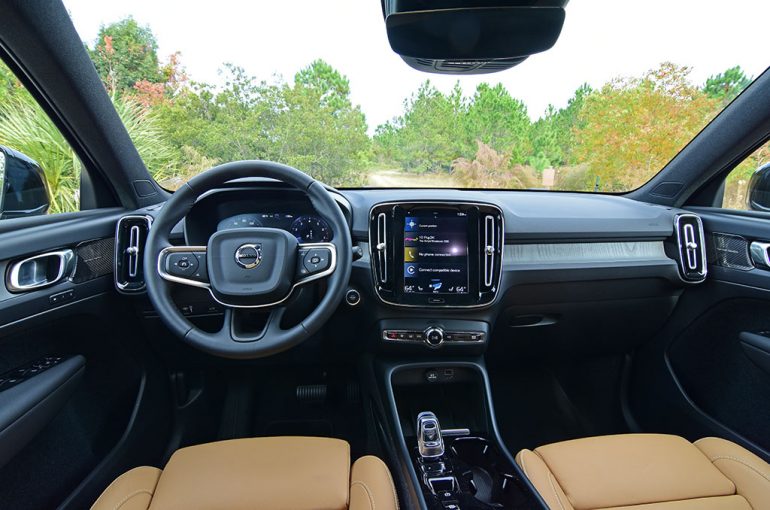 Fuel economy is somewhat of a letdown considering the small size of the XC40. While the EPA estimates are not terrible at 22 mpg city, 30 mpg highway, and 25 mpg combined, I never saw the 30-mpg highway figure where I averaged about 28.9 mpg traveling at the posted speed limit on the interstate. It is possible that my test vehicle being very new with few miles on it that the fuel economy may improve as it gets more miles on the clock. 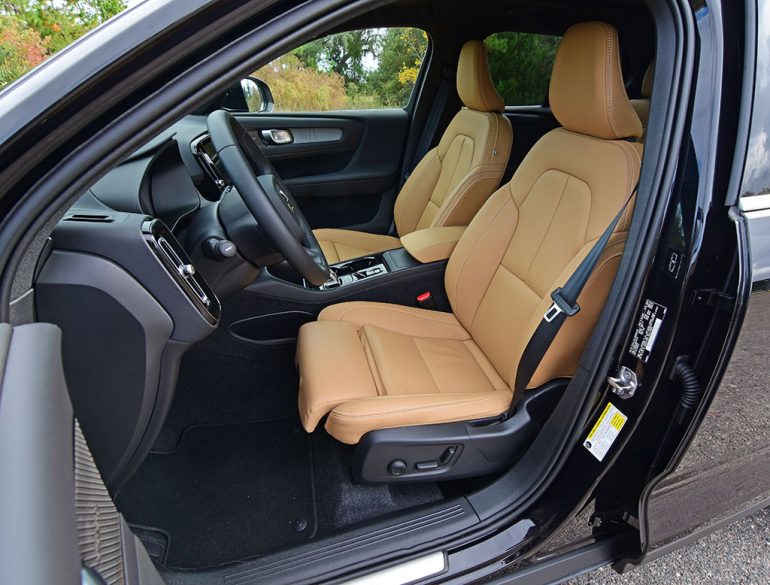 Volvo did well for the proportions of the XC40 as it looks good and doesn’t feel cramped inside despite its overall compact size. The front heated leather seats provide good support and are mostly comfy. There’s a good amount of space with plentiful power seat adjustments up front. The back seats are surprisingly spacious for a compact vehicle, but legroom is at the mercy of the front seat adjustments where you can easily pack in two 6-feet-tall adults in the back provided the front seats are moved far enough forward. The cargo room is also a surprising act with 20.7 cubic feet with the rear seatbacks in their upright place. Fold the rear seatbacks down and you have 57.5 cubic feet. 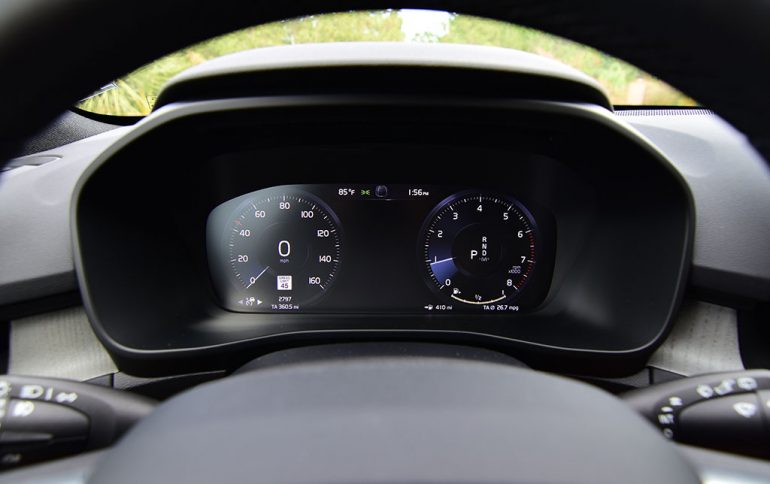 The instrumentation encased by premium touches throughout and a soft-touch dashboard is a unique setup that Volvo has implemented for many years now. The setup works well with a 9-inch portrait-oriented tablet-style touchscreen for the infotainment unit. The unit has very few physical buttons but has a quick response to your inputs only after it takes a long while to initially load. The initial load time is long and one may have to sit and wait to operate the system and some of its core functions, such as changing the climate control temperature after starting the vehicle, which can easily become an annoyance. The clever integration of Apple CarPlay and Android Auto takes up only the bottom portion of the screen leaving some real-estate for other vehicle information and controls from drop-down or slide menus screens. However, the learning curve that many will find takes quite a bit of time is from the menu sets not being cohesive or flowing very well for quickly finding the proper function or vehicle feature. 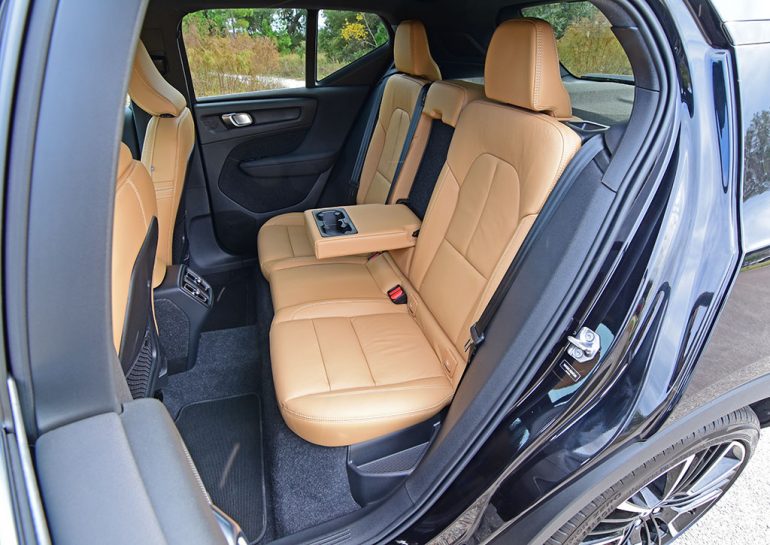 The digital gauge cluster screen for the driver provides just the right amount of information but fails to offer additional use of the screen apart from momentary information from the audio system in the center or prompts for the adaptive cruise control and pilot assist autonomous driving function. The screen does display turn-by-turn navigation prompts when a destination is inputted into the infotainment systems’ navigation. 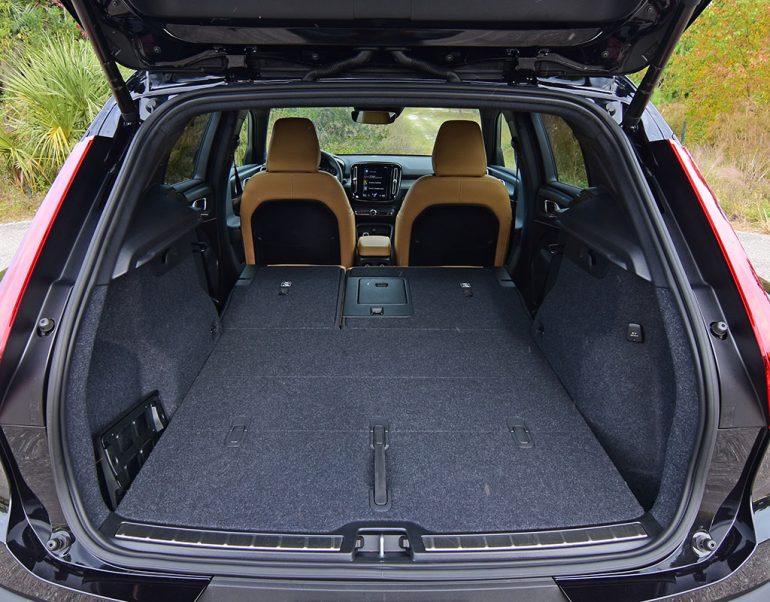 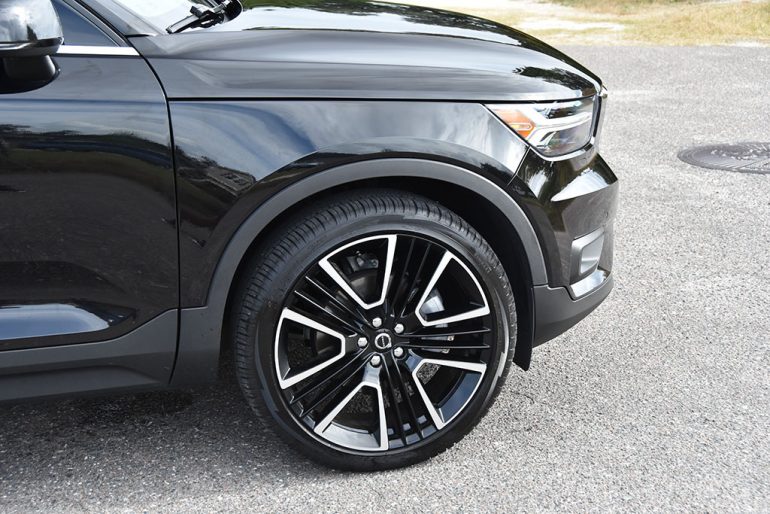 Having a clever design and forward-thinking appeal to style and luxury, the Volvo XC40 is a respected vehicle for a small growing family. One could easily be happy with the new XC40 with a family of three but anything larger will be hard to work with as the XC40 is still classified as a compact forcing you to move to the new XC60 or XC90. Also, the pricing for the XC40 starting at just $34,100 before any fees is an attractive offering considering the amount of tech and standard safety features. My loaded-up Volvo XC40 T5 AWD Inscription test vehicle comes to a price of about $49,000 after added options, fees, and destination charges, but includes everything you would want in a premium compact crossover. Now, there’s a new Volvo XC40 Recharge Electric Vehicle that starts at $55,300 with an EV range of 223 miles and a 0-60 mph time of 4.7 seconds that will soon be at your local Volvo dealership, too.