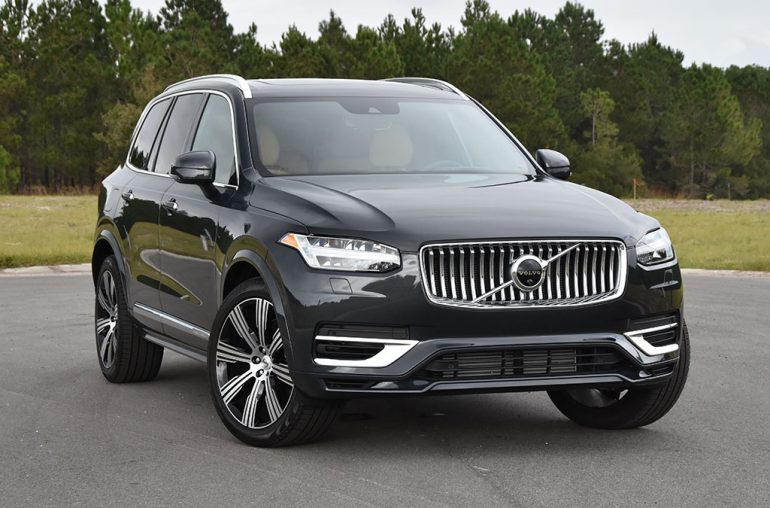 Plugin hybrid crossover utility vehicles are a relatively new thing despite the fact that plugins have been around for many years. When it comes to innovation and forward-thinking in such a unique segment, Volvo has paved a newfound path for a plugin hybrid three-row crossover, the new 2021 XC90 Recharge T8. The Recharge T8 trim of the new XC90 is essentially the top-trim level of the three-row crossover that brings all of what we found in the advanced powertrain setup of the S90 Recharge T8 plugin hybrid that we experienced just a few weeks ago. The plugin hybrids are new for the 2021 model year.

Combining a plugin hybrid system along with the unique turbocharged and supercharged 4-cylinder engine, Volvo creates quite the Frankenstein system that surprisingly works well to put performance and efficiency both at the forefront. Doing such isn’t an easy feat as a total of 400 horsepower and 472 lb-ft of torque get sent through the four wheels of the XC90, all in a seamless process that doesn’t take away from the expected drivability. 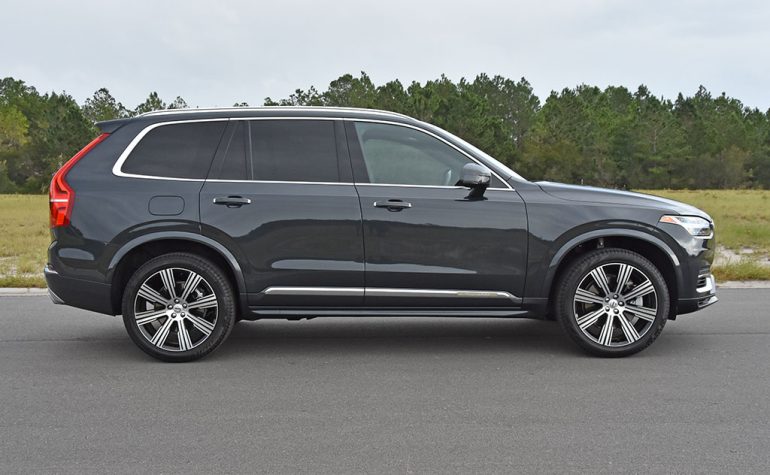 The electric motor essentially adds to the gas engine’s 313 horsepower with an additional 87 ponies and feels as if it fills gaps of the torque delivery for the interesting turbocharged and supercharged 4-cylinder engine. Just like in my experience of the new S90 Recharge T8, Volvo transplanted all of that plugin hybrid goodness into their largest vehicle, and it works well. While the XC90 may be a hair slower than the S90, it is somewhat light on its feet and gets things moving quickly without any hesitation on the part of the plugin hybrid system managing power delivery. Zero to 60 mph comes in at about 4.9 seconds, which is pretty darn good. Additionally, the ride quality and overall feel of the air suspension system is excellent as is the subtle change and lowering act that it exhibits in the “Power” drive mode. The 8-speed transmission does well to shift smoothly, in both electric and hybrid drive modes. Use of a transmission with real gears is a solid choice here over some hybrids that may utilize a CVT when paired to a hybrid or plugin hybrid system. 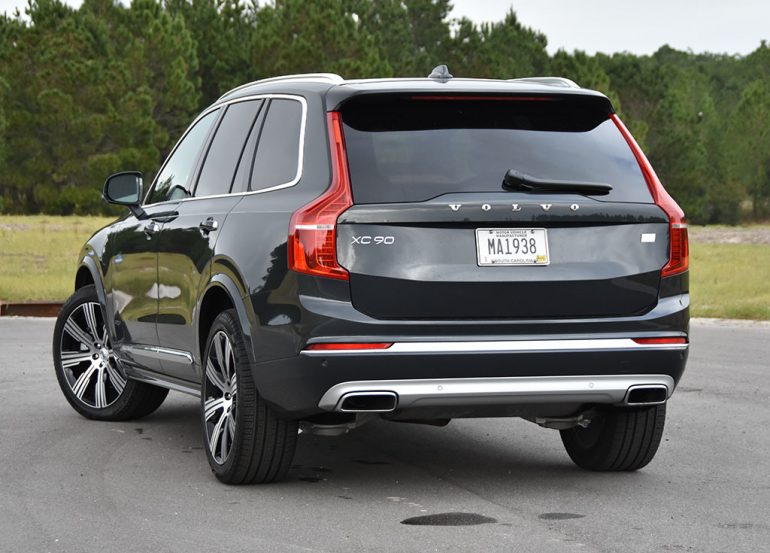 As far as how the plugin hybrid system operates, it gives the driver several desirable options for either retaining the charged battery power, charging the battery on the go, allowing the hybrid drive mode to manage things, or finally, commit to a “Pure” electric drive mode that somewhat limits power but can easily fire up the gas engine when additional oomph is required. The system is highly advanced, as I explained in my S90 review. It performs a forward-thinking act in its ability to manage power and sap every bit of MPG out of the equation. Also, one last surprising aspect, apart from the ability to drive about 20 miles on electric power alone, is how the power management allows the vehicle to idle for a long period of time in its power-on-ready mode without firing up the engine. Fundamentally, the XC90 Recharge T8’s hybrid system keeps a good amount of electric power in reserves even with a depleted electric motor battery pack, more than I have ever experienced in a hybrid, let alone a plugin hybrid setup. 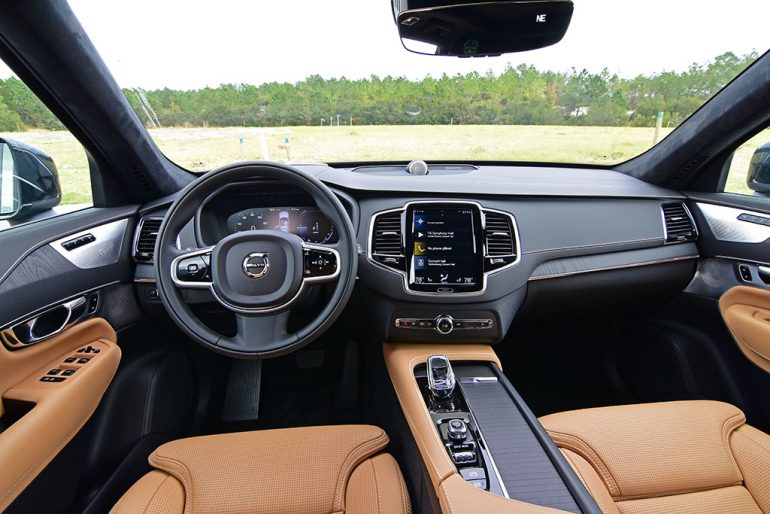 When the system is left to its hybrid duties and sorts power on its own, you’ll be able to squeeze out about 27 mpg with equally mixed highway and city driving with a depleted drive battery. However, in the city making use of a fully charged battery, your results may vary depending on how far you travel after the battery is depleted. Though, expect to get some stellar numbers, upwards of the 55 MPGe estimate for the XC90 Recharge. 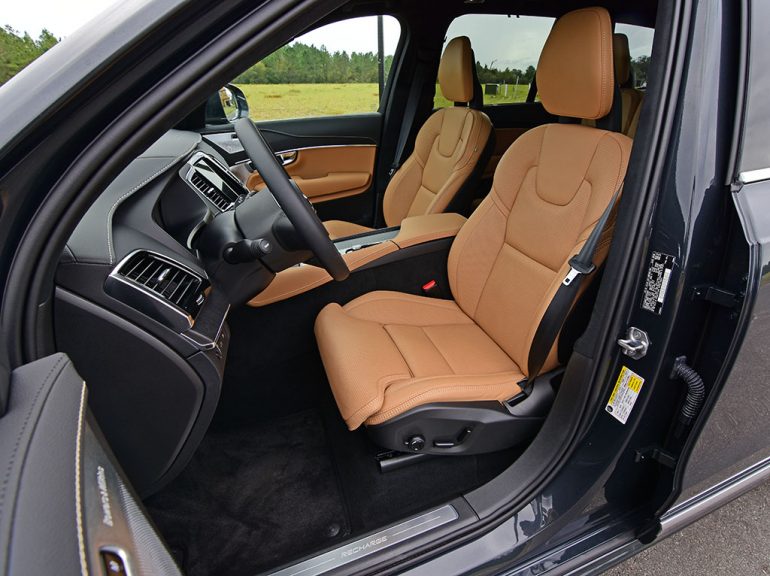 Volvo’s creative engineering in the department of safety pays dividends in the value perspective of the XC90 Recharge T8. There’s a quite smart Pilot assist system that brings semi-autonomous driving to the picture taking adaptive cruise control to a new height. 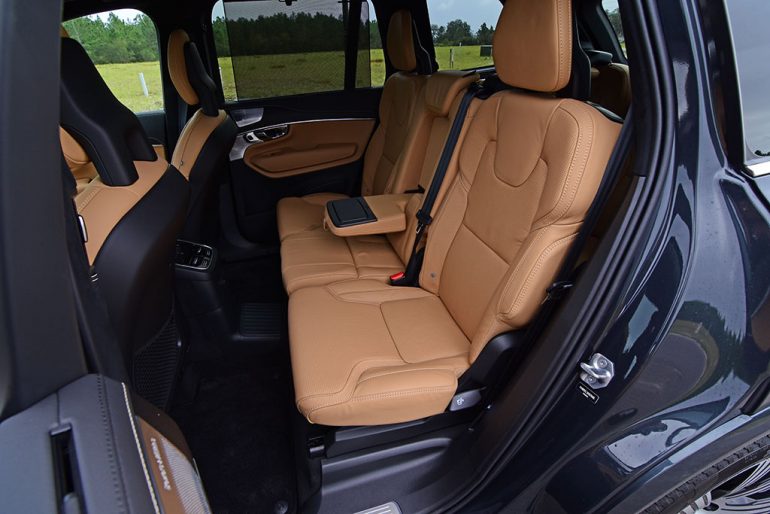 The interior of the XC90 remains to be an inviting space with many luxury sights and soft touches. The XC90 has a unique way of combining luxurious materials throughout, and when it’s loaded up with all of the options as my test vehicle is, one could easily put the XC90 Recharge T8 up against the cream of the crop for luxury crossovers. Though, there are some expected luxury amenities that are missing, such as a power steering wheel column. My other issue is with the portrait-oriented infotainment screen – while it has an iPad-like operation that’s smooth and responsive, the default view for the backup camera that omits the 360-view until you select a button and only allows one view at a time is somewhat discerning. Otherwise, the 12.3-inch digital gauge cluster that can be configured to view the navigation map combined with the simplistic setup of the 9-inch portrait infotainments screen are nice touches in the tech realm. 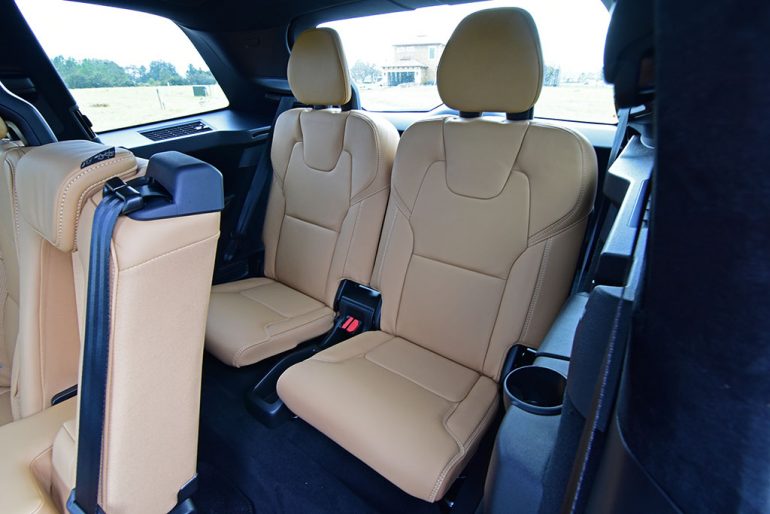 In the full scheme of what Volvo is attempting to accomplish with a plugin hybrid three-row crossover, the XC90 Recharge T8 is a respected competitor that is priced just right for the amount of equipment that you get. My loaded-up 2021 Volvo XC90 Recharge T8 Inscription test vehicle comes to $81,960. 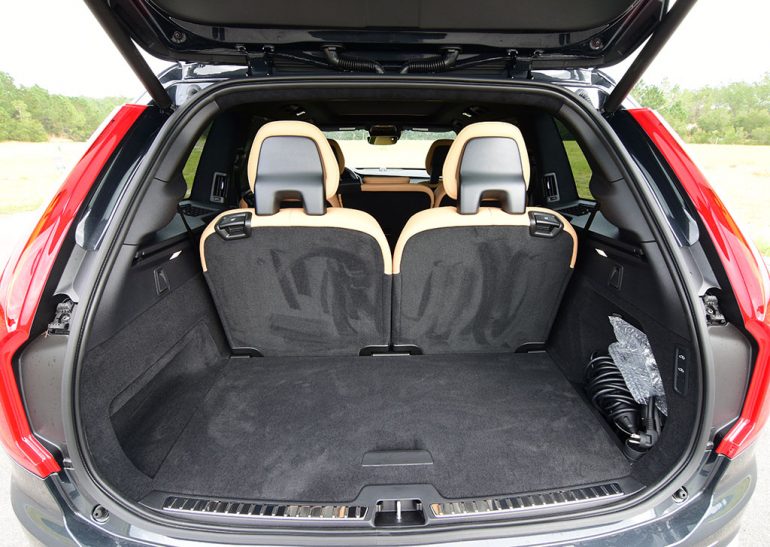