The Honda Civic has long been a benchmark for the mainstream compact car segment, and for the 2022 model year, it gets a full redesign marking its 11th generation. For the redesign, the new Honda Civic builds upon an undeniably good reputation and elevates its presence with a slightly sportier appeal making do with just a sedan, hatchback, and a return of the lively manual-transmission-only Si sedan variation that I had a chance to check out this week.

The new Honda Civic Si embarks on a welcoming journey to offer a new take on the tradition of having a bit more power over the rest of the Civic lineup but having its powertrain exclusively surrounding a 6-speed manual transmission, which remains to be a joy to row with relatively short throws to extract fun inducing performance. Part of that fun formula is a 1.5-liter turbocharged 4-cylinder engine with 200 horsepower and 192 pound-feet of torque. Power is sent to the front wheels but with the help of a standard Helical limited-slip differential that inspires confidence in pushing the Civic Si through turns and keeps both wheels powering through straight-line pulls. 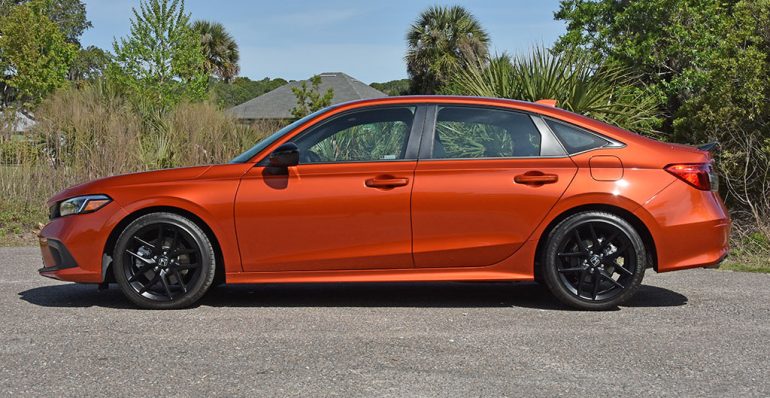 There’s hardly any noticeable torque steer under full throttle, and the Civic Si feels more balanced than ever before. Zero to 60 mph time comes in around 6.7 seconds, the best I could conjure up with many different results mostly dependent on the road surface with traction and stability control disabled. There’s a neat little bump in power that you can feel as the rpm gauge sweeps past 5,500 rpm where you wish there was just a bit more rev range above its 6,500 rpm redline. It almost reminds me of the old VTEC cam-switchover in Hondas of the past. However, the low-end torque is adequate for overtaking on the highway without the need to downshift from 6th gear. 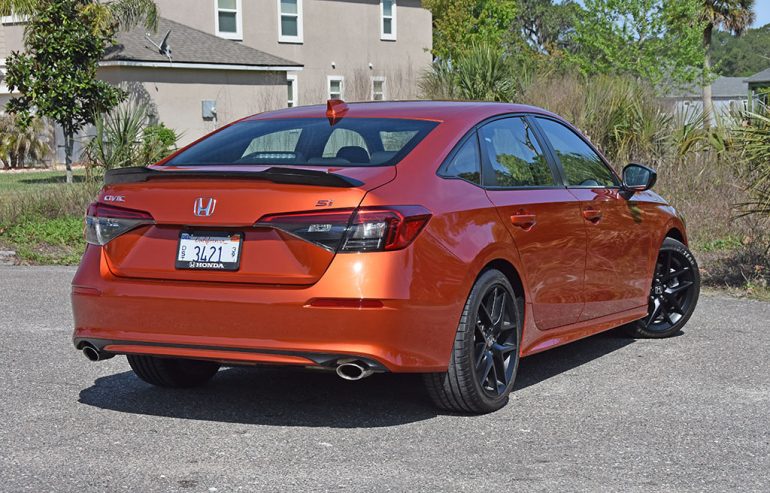 The rev-match feature of the manual transmission comes in handy for those times you want to simply downshift without committing to fancy footwork to heel toe, though I did find myself doing my normal heel toe dance forgetting the Civic Si does the work for you. You can disable the feature through the infotainment system if you so desire.

The three drive modes, Individual, Normal, and Sport usually aren’t necessary as they only modify the throttle position a bit, steering effort, and adds what appears to be an artificial sound to match the engine, mostly making you notice additional coarseness in the sound and buzz of the turbocharged 4-cylinder revving to its 6,500 rpm redline. The Individual drive mode allows you to customize just the two variables of the Engine and Steering, which again, only changes the throttle mapping, steering effort, and engine sound pumped into the cabin. 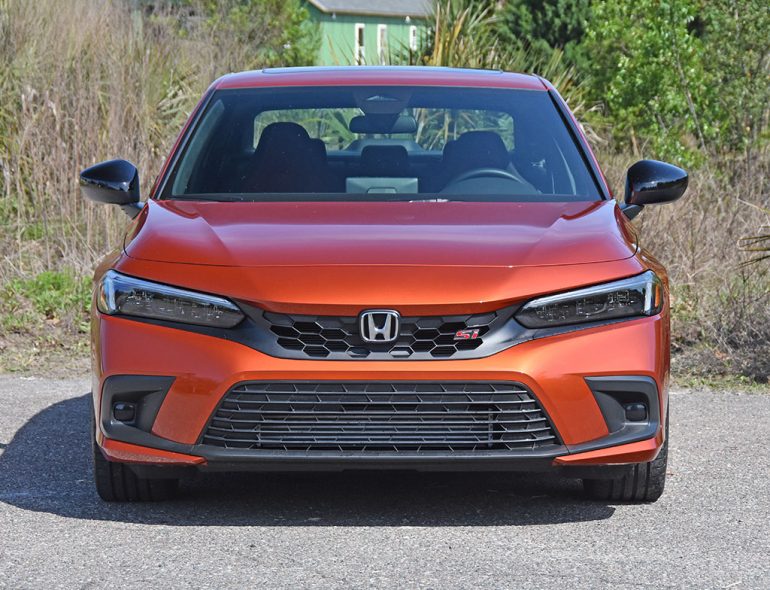 The suspension system no longer has adaptive dampers but fixed-rate dampers that have a rather firm ride quality that may beat you up a bit out on the road. Fundamentally, the Civic Si’s suspension is initially stiff but somewhat forgiving to provide a compliant and agreeable quality when you hit highway speeds. The sporty nature and stiffness of the springs and dampers are necessary for the remarkable handling characteristics of the Civic Si. At times, it feels like it is on rails and there’s a welcomed bit of communication for a sharp turn in even though the somewhat heavy electric steering rack doesn’t give you much feedback.

Fuel mileage remains to be good but slightly down compared to the ‘normal’ civic trims, which is expected due to the larger wheels, added power, and the joyful 6-speed manual transmission, which enthusiasts will gladly pay extra at the pump for having – Thanks for keeping the manual transmission alive, Honda! The 2022 Civic Si easily matches the EPA estimates in the real world of 27 mpg city, 37 mpg highway, and 31 mpg combined. 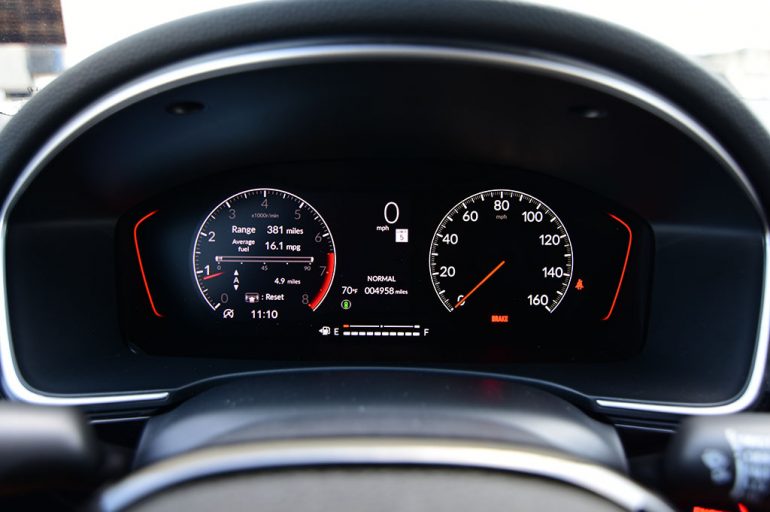 The many updates and changes of the redesigned 11th generation Civic are a testament to the long lineage and lessons learned by Honda over the many years. For starters, the dashboard layout is ideal where there’s a physical volume knob (take note Volkswagen for your new Golf/GTI/R – Honda has learned their lesson and they do it right) and an easy-to-reach 9-inch infotainment touchscreen with wireless Apple CarPlay and Android Auto integration. The gauge cluster has a digital screen to the left of the fixed analog speedometer to configure for the display of desirable vehicle information and trip data. The climate control, an automatic single-zone setup, is simplistic just like most of the infotainment screens and menu sets. 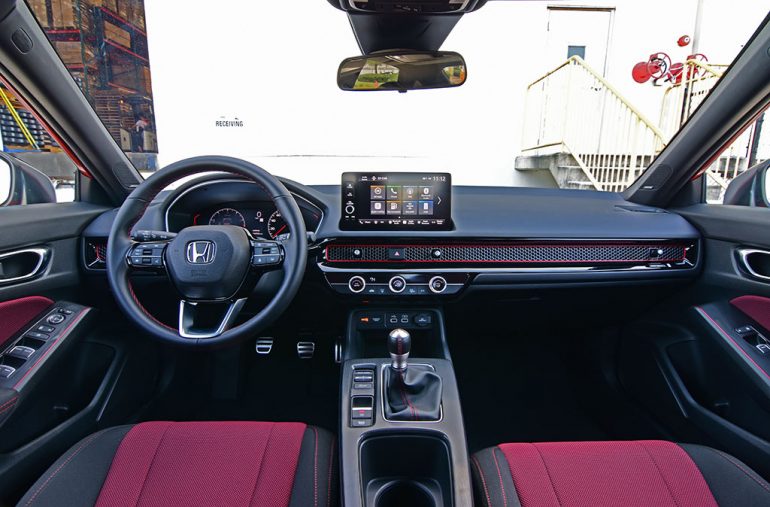 The soft-touch upper dashboard encapsulates a unique mesh that runs through the front climate vents with a nice modern touch to the vent control knobs. The seating area up front has plentiful space while the cloth seats are nicely bolstered but have manual adjustments only with no heating for the Civic Si available. Overall, there’s a new perception of a premium interior in the redesigned Civic, and the Si adds a bit of flair to that new style with its red-colored accents throughout. Trunk space is decent at 14.4 cubic feet. 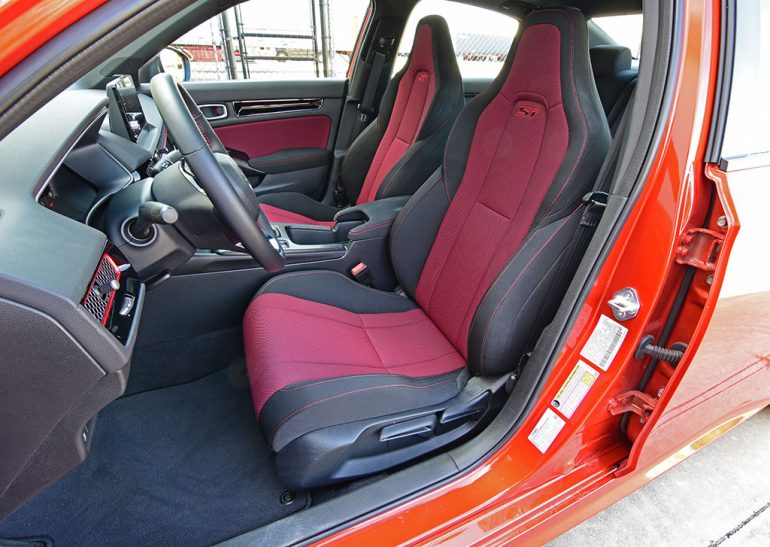 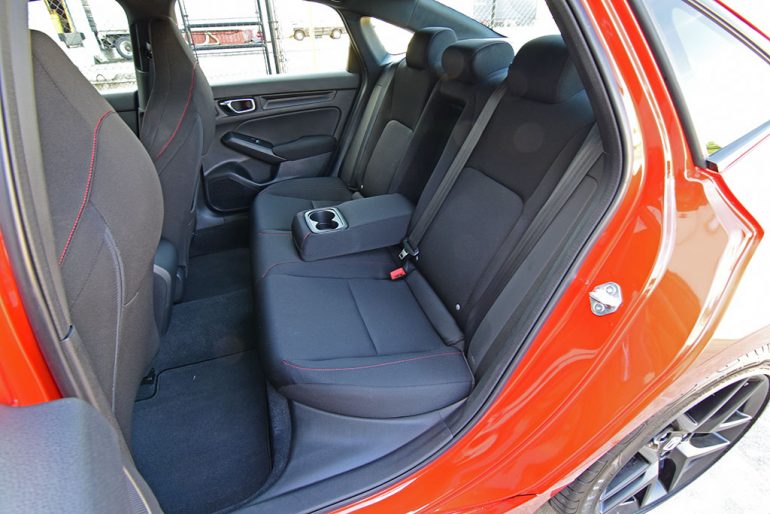 The new 2022 Honda Civic Si remains at a respectable price point, about $2,000 more than the outgoing model, which keeps it quite competitive at the as-tested price of $28,910 (including a $1,015 destination charge) with the notable options being the summer high-performance tires and the eye-catching Blazing Orange Pearl paint. Again, kudos to Honda for keeping enthusiasts happy in a time when there are only a few vehicles left that can be had with a manual transmission but only a couple are as fun as the Civic Si for such a price. The new Civic is well deserving of receiving the 2022 North American Car Of The Year award.