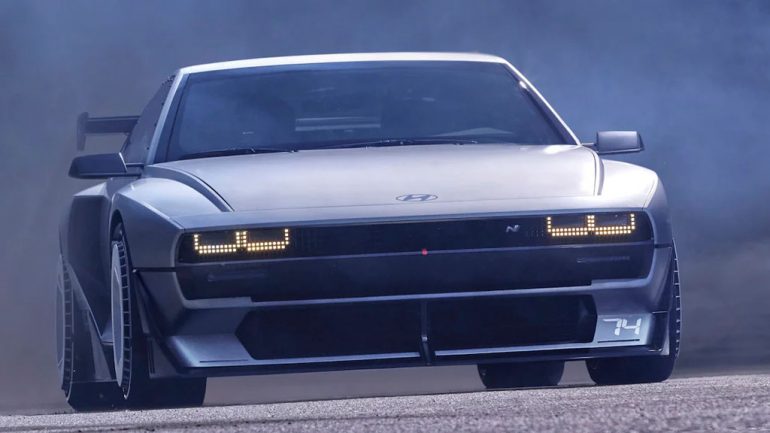 There’s more than enough controversy surrounding the evolution of automobiles as we move towards an Electric Vehicle (EV) future. However, many experts and enthusiasts are still holding out for a Hydrogen fuel cell EV emergence, and we may just get that as Hyundai stuns the world today with a unique retro-styled N Vision 74 prototype.

The Hyundai N Vision 74 concept is said to bridge battery and fuel-cell technology to birth a performance gem, or “hydrogen hybrid” as they are calling it in the N performance house. 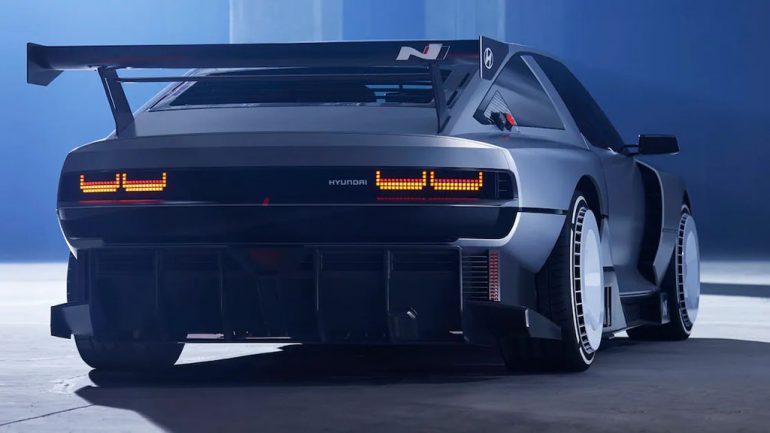 Let’s face it, battery technology is the single factor that’s holding “things” back and we’ll probably never see batteries singlehandedly powering 24-hour endurance races. Hydrogen seems like a good bet to use in performance vehicles if we can get around the high energy required to produce hydrogen. However, the Hyundai N Vision 74 concept is said to use 4.2 kilograms of hydrogen and a 62.4-kWh battery pack that together yield a 373-mile range when driven conservatively. 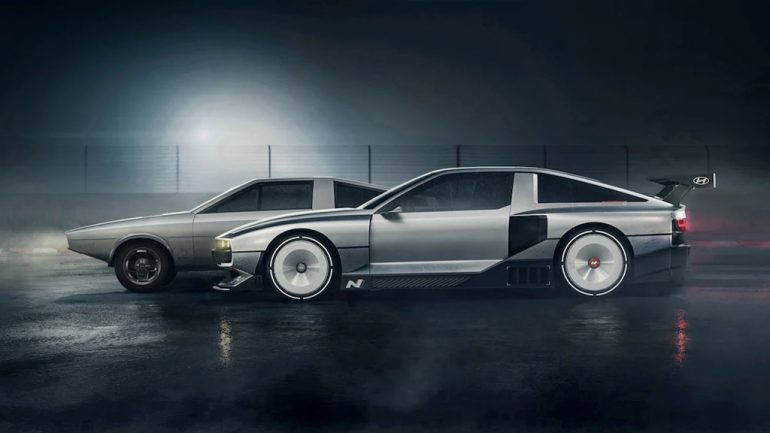 Power generated by the hydrogen-battery hybrid would be more than 580 horsepower and 664 lb-ft of torque, enough grunt to hit 60 mph in under 4 seconds and top out over 155 mph. The 800-volt system would allow charging to take place in under 18 minutes, but the hydrogen part will come into play to also charge up the battery through a max of 95 kW generated and to help power the motors. 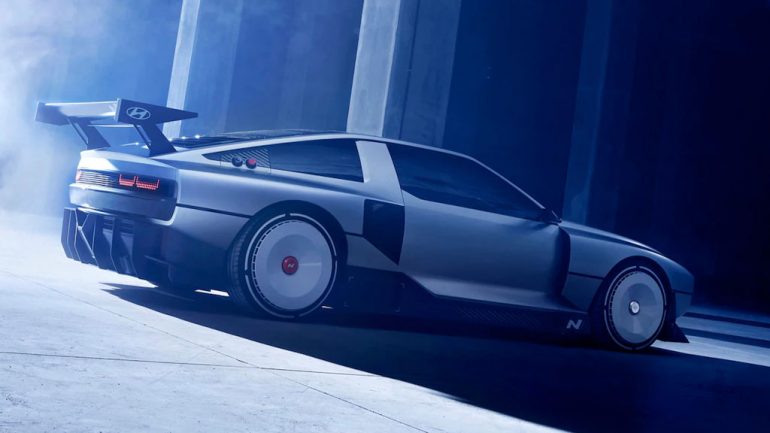 The Hyundai N Vision 74 concept should have the ability to run the Nürburgring flat-out without overheating or reducing power thanks to an intricate system to keep the battery and fuel cell cool. The fuel cell is mounted up front under the hood with the T-shaped battery low and near the center for weight distribution. There are two motors on the rear axle to drive the rear wheels, which are 21-inch with a 325-width section in the rear and 20-inch fronts with a 295 width. 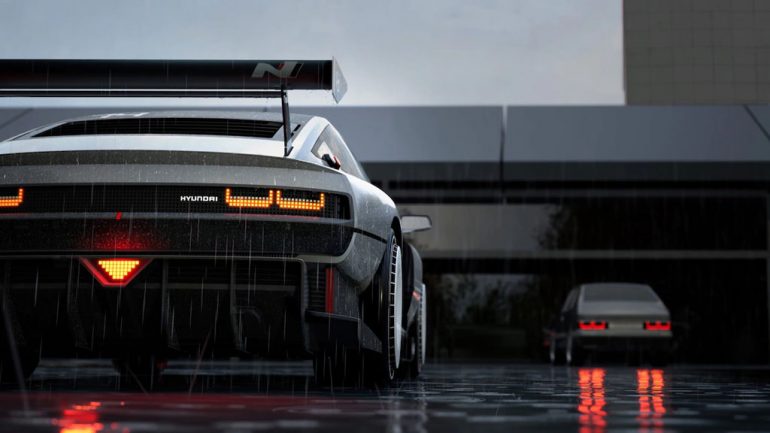 Getting to the obvious here, the Hyundai N Vision 74 looks stunning, almost like a marriage between a DeLorean DMC-12, Lancia 037, and Nissan 240SX/Silvia. The design outfit of Hyundai is certainly turning heads and the N Vision 74 is nothing short of greatness to attract enthusiasts and bring out a nostalgic feeling to actually want one of these! 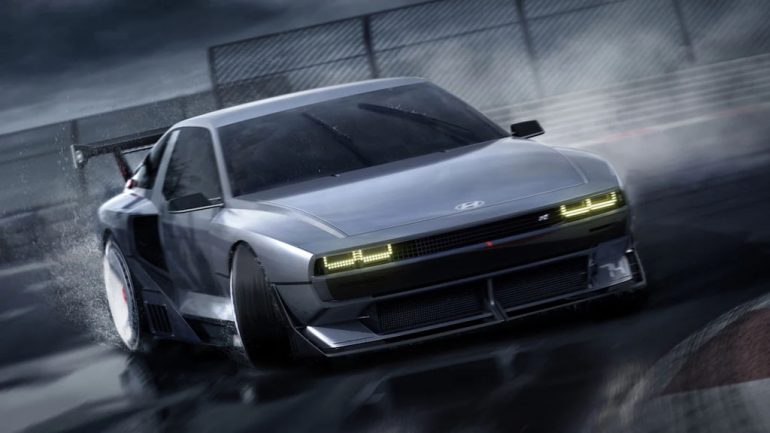 Well, if you do want one, we may have to sit on the sidelines for a while until Hyundai tells us a bit more about this retro gem as it is “not confirmed for commercial production” at the moment. Still, things could change if our excitement surrounding such a vehicle reaches the heads at Hyundai and their N performance outfit. Sign us up, we’ll be one of the first to sell a kidney for this thing!