The end of an era? Mitsubishi-Ralliart to exit the world stage 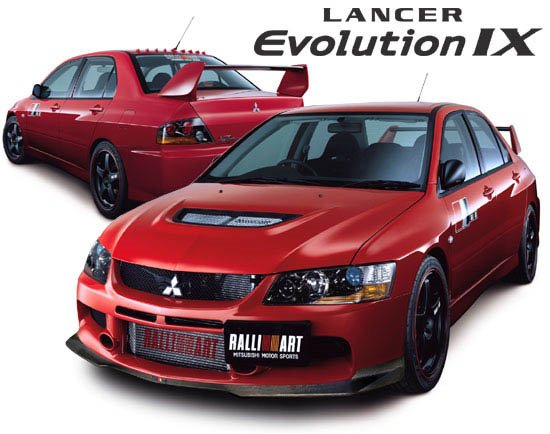 Like The Cosby show, pop-rocks and the McRib sandwich “All good things must come to an end” as the saying goes. The WRC moniker that has been synonymous with Mitsubishi Motors Co., Ralliart is slated to close its doors, possibly for good, on April 1, 2010.  Now if you’re thinking “April Fool’s Day!” …well yes you’re correct, but unfortunately for the folks at Mitsubishi and scores of loyal Ralliart customers, the joke’s on them.

After 26 years, it looks like the Ralliart brand will now be relegated to the annals of history. Citing worsening conditions in the economy “since the year before last” and tenuous “business circumstances surrounding our company” Ralliart Inc President Masao Taguchihas announced that “Ralliart Inc., would scale down our business activities as of the end of March 2010.”

Founded in April 1984, Ralliart Inc., whose slogan is “The Spirit of Competition” is strangely,  seemingly, conceding defeat and officially throwing in the proverbial towel.  Like a punch-drunken prize fighter past his prime, Mitsubishi has relied heavily on Ralliart’s storied past and former glory to maintain a connection to the Rally Car/Road Racing/Motosports world, and draw parallels between those WRC championships and the cars being sold in Mitsubishi dealers’ showrooms, a racing heritage that has boosted sales of cars like the insanely popular Lancer Evolution to record levels and propelled the name “Evo” to near legendary super-car status; a lineage that is now about to be severed. Like a king who dies without an heir, the line has been broken!  The decline in recent years of Mitsubishi’s “official” participation in active WRC competition has been duly noted and perhaps, due to a change in the factory driver program or maybe lack of support from MMC itself, the ralliart brand has suffered and become lackluster at best.

The Ralliart development group has been responsible for Mitsubishi Motors’ record achievements in off-road racing, World Rally Championships, and Drivers’ Championships for such  notable luminaries as Tommi Mäkinen, a name also synonymous with Ralliart, WRC racing, Motorsports and Mitsubishi.

Additionally Ralliart Inc apologetically stated that they will be discontinuing support for many of their customers currently involved in motorsports, essentially leaving them “high and dry” or “twisting in the wind” (choose your own illusion) and any way you slice it, seems Ralliart’s customers are being dropped like an overworked transmission on SS2 at the OTR!  Also Ralliart is ceasing support to the participation, Technical Support, and Awarding of Mitsubishi/Ralliart Driver of the Year, New Planning, Dev and Merchandize of Ralliart products (Except FIA VO parts), Information of new products and dispatching motorsport information.

In conclusion, it seems that Ralliart Inc is just the latest casualty of a worsening global economy. Who will be next? Only time will tell.