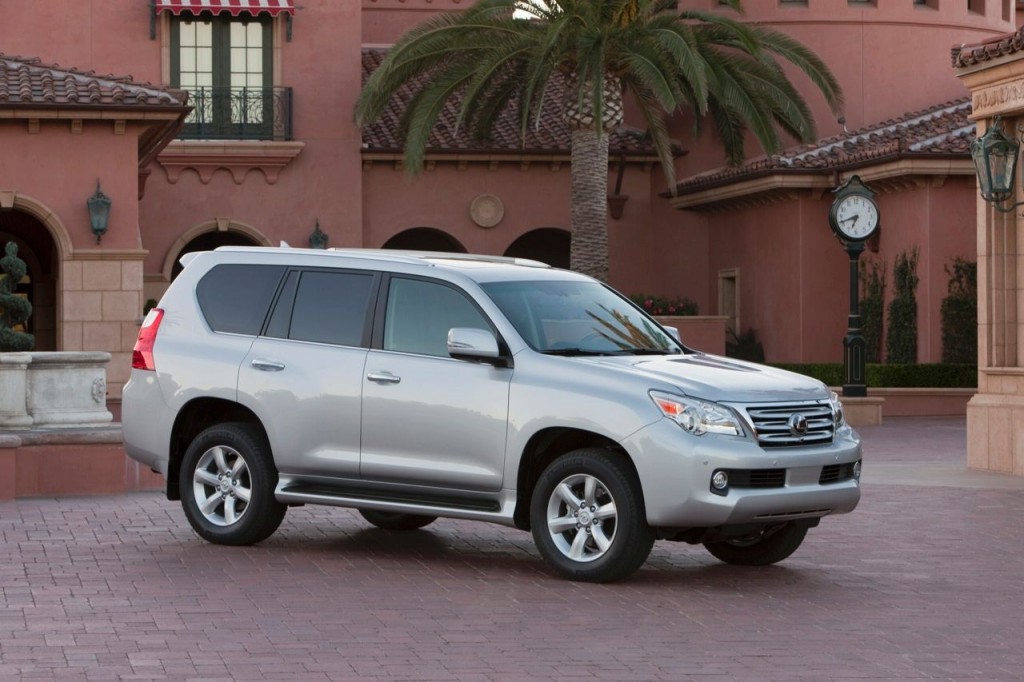 You have probably heard by now that Toyota will be suspending the sales of its new Lexus GX460 SUV after Consumer Reports issues a Warning that the new 2010 Lexus GX 460 is prone to rollover. Consumer Reports has rated the vehicle as a “do not buy” saying that in real world driving during an evasive maneuver it could lead to a rollover accident potentially causing serious injury or death.

I am going to be one of the sarcastic bastards for a minute. What SUV does not have a “chance” of rollover risk or potential for injury or death in an accident? Doesn’t every SUV sold in America have that big “Warning” sticker plastered somewhere, usually on the sun visor, saying that the vehicle could roll-over causing serious injury or death? Okay, I’m finished with the sarcasm for a moment, I was trying to help you out there Toyota.

Toyota has confirmed the danger but the engineers have been vigorously testing the vehicle to replicate the “problem”. Basically Consumer Reports found that during emergency-handling of the Lexus GX 460, the rear “slid out until the vehicle was almost sideways before the electronic stability control system was able to regain control.” Oh boy, I feel another one of those sarcastic moments coming on… correct me if I am wrong, electronic stability control will not regain control of a vehicle that is just plain “out of control” in the event that a driver intentionally loses control. Hope you are taking notes Toyota, I am trying to help you out again here. Okay, I am really done with the sarcasm.

Either way, I am sure this whole ordeal can be solved with some reprogramming of the electronic stability control system. The last time that any vehicle was slapped with a “do not boy” label from Consumer Reports was in 2001 with the Mitsubishi Montero. Now that sucker should have been named the Mitsubishi “MonTipOver”, you could just look at it and tell it was one of those tip-over prone vehicles.

About 5,000 2010 Lexus GX 460’s have been sold so far. The current owners of GX 460’s will be provided a loaner vehicle upon request while the issue is being researched and hopefully resolved soon. “We are taking the situation with the GX 460 very seriously and are determined to identify and correct the issue Consumer Reports identified,” Lexus executive Mark Templin reportedly said in a statement.

Lexus’ Statement Regarding Consumer Reports’ Testing of the 2010 GX 460

“For more than 20 years, Lexus has made customer safety and satisfaction our highest priorities. We are taking the situation with the GX 460 very seriously and are determined to identify and correct the issue Consumer Reports identified. At this time we have asked our dealers to temporarily suspend sales of the 2010 GX 460.

Lexus’ extensive vehicle testing provides a good indication of how our vehicles perform and we are confident that the GX meets our high safety standards. Our engineering teams are vigorously testing the GX using Consumer Reports’ specific parameters to identify how we can make the GX’s performance even better.

For any customer who has purchased a 2010 GX 460 and is concerned about driving their vehicle, we will provide a loaner car until a remedy is available.

As always, Lexus is committed to providing our customers with outstanding products and service.