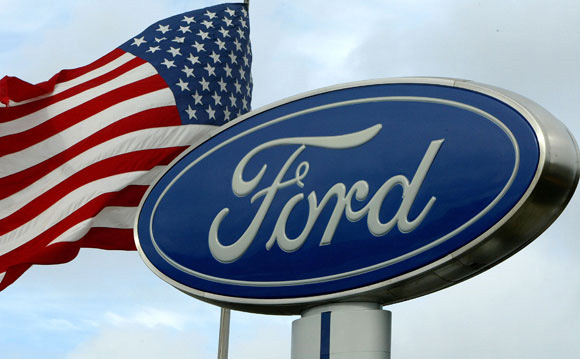 Ford Motor Co. posted a net income of $2.1 billion in the first quarter of this year which is almost twice as much as projected by analysts.

Last year Ford reported a loss of $1.4 billion in one of the worst economic years for the United States. The current revenue rose to $28.1 billion from $24.4 billion. Second quarter productions will be boosted says the automaker.

This should be a good indication that the economy is starting to show signs of a return. Although we are nowhere close to where we need to be, it is a step in the right direction. Politicians will make claim that the “auto bailout” has actually worked as we will start seeing auto companies hire back employees and make growth as leaner and meaner companies.

“Our plan is working, and the basic engine that drives our business results — products, market share, revenue, and cost structure — is performing stronger each quarter, even as the economy and vehicle demand remain relatively soft,” CEO Alan Mulally said in a statement.

Ford can’t risk complacency and arrogance as it tries to complete a turnaround, according to Bill Ford. First-quarter U.S. sales totaled 1.08 million in 2000. This year’s tally was 441,708.

“I’ve seen this movie before,” Bill Ford said in Detroit last week. “I know how quickly self-satisfaction can turn into self-destruction.”

For now, Ford reaps rewards for going it alone and not taking a government rescue, McGinn said. Of 16 analysts covering the shares, eight say buy, six advise holding and two recommend selling, according to data compiled by Bloomberg. In January 2009, one analyst had a buy rating while eight said hold and three said sell.