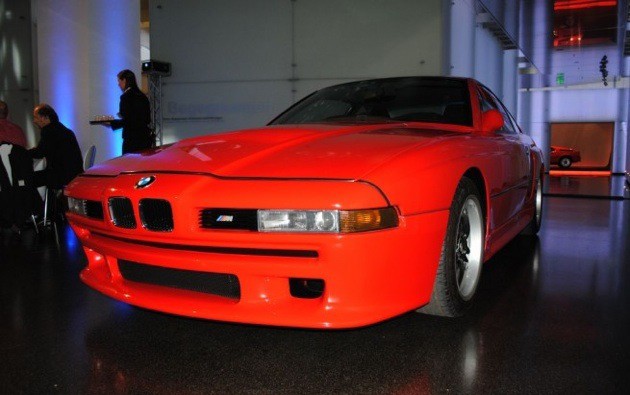 You may or may not have already seen images released to the public of BMW’s M8 prototype that has been one of BMW’s best kept secrets for many years now. The one-off BMW M8 housed at the BMW Museum in Munich was unveiled to journalists just recently debunking the rumors that the only M8 in existence was destroyed.

The M8 was equipped with a prototype V12 based on the S70 engine. If you notice in the images the M8, compared to the 850CSi, is missing headlights.

Our friends at BMWBlog had a chance to view the once-rumored BMW M8 in person and captured some images and video footage of this instant classic. Enjoy!