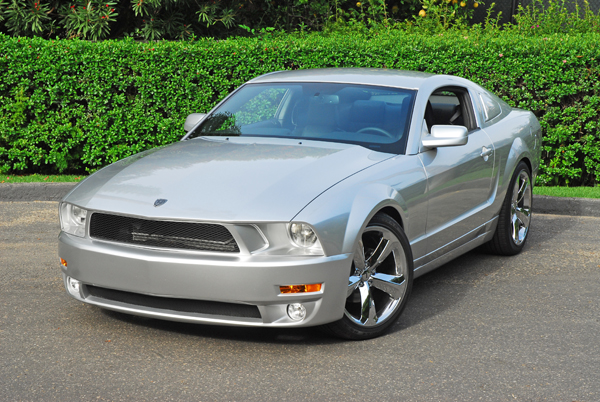 Celebrating the 45th anniversary of Ford’s introduction of the first Ford Mustang on April 17th, at the 1964 World’s Fair in New York by Lee Iacocca, then President of Ford Motor Company, there will be only 45 hand sculpted examples of America’s favorite Pony car to celebrate the father of the Mustang, Lee Iacocca.

The original Mustang was dubbed as a 19641/2 model because it arrived at dealers so late in the model year.  Fittingly, the Iacocca Silver Anniversary Mustang is dubbed a 20091/2 model.  “It’s a trip down memory lane,” say Iacocca.  “A little bit of nostalgia.” 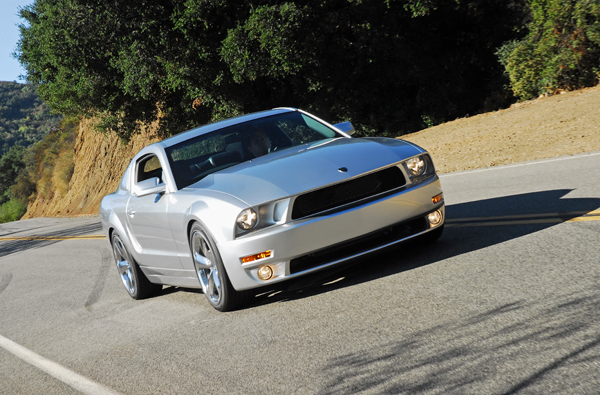 The limited-edition Iacocca Mustang is a collaborative effort between the man himself, Lee Iacocca, designer Michael Leone, the Garffoglio family from Metalcrafters, and Galpin Ford, the #1 selling Ford dealership in the world.

If the Garffoglio family doesn’t sound familiar, they are the Southern California based Argentines that specializes in building concept cars for many of the top automotive manufacturers.

The Iacocca 45th Anniversary Edition Ford Mustang-a breathtaking vehicle that utilizes the latest in Ford performance technology with a style and panache that screams Mustang fastback.  The car is painted in a special shade of grey, known as ‘Iacocca’ silver. 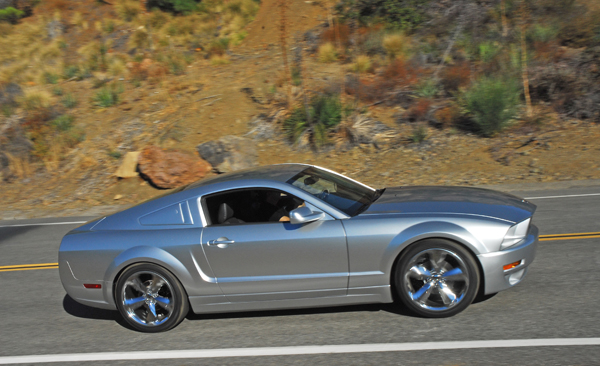 In a word, the new Iacocca Silver Edition Mustang is stunning.  The body has been beefed up and smoothed over to create the kind of strikingly bold appearance that you can only get with hand crafted metal work.  The car seems longer, wider and lower than a factory 2009 GT.

The lines flow organically from front to rear.  This hand-crafted piece of rolling art, with its innovations and impact of the fastback design, is truly exceptional in every way.  With its low stance, sunken headlamps, slanted grille opening, deep fastback slope that reaches to the rear of the car, and integrated rear dual quad exhaust; the car gives you ‘street attitude’.  You’ll also see the Iacocca hood badge, an ‘I’ badge on the rear trunk cap, and to the right ‘IACOCCA’ lettering.

“Once in a while a car comes along that changes everything, and that was the original Mustang,” says Lee.  The Silver Edition Mustang perpetuates the Iacocca mystique! 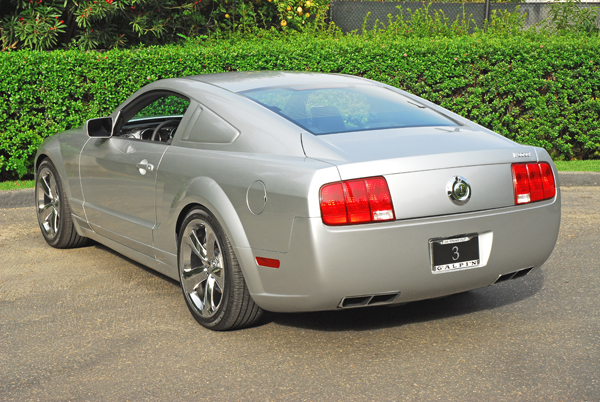 The car begins life on a 2009 Mustang platform, which is then uniquely modified and coach built by a team of Metalcrafters’ specialists using composite construction laminates, a reinforced material that is primarily used in the design by the aerospace industry.  It is heavier and stronger than the sheet metal body panel factory Mustang GT.

While the exterior fastback design of the Iacocca Silver Mustang is compelling, the mechanical underpinnings are true American muscle.

Two powerplants are offered-a 4.6 liter V8 with a cold air intake system rated at 320hp comes standard, while a Whipple Supercharger that makes 400hp is optional.  Both engines are covered by a factory Ford warranty.  Drivers will harness the power through a quick-shifting 5-speed manual transmission.

Also coming standard is a Ford Racing handling package that adds firmer springs and re-valved shock absorbers that lowers the car and enhances the it’s cornering ability. It is also Ford factory warranted. 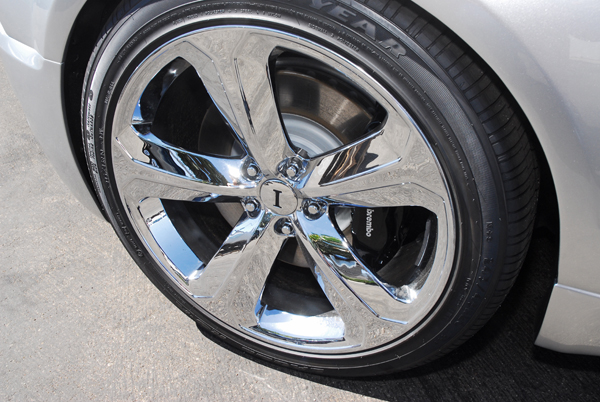 A 14in. Ford Racing Brake Package with four-piston Brembo calipers up front is optional for added stopping power and control.  It is also Ford factory warranted. The car rides on standard 5-spoke, 20X91/2in. Iacocca Design chrome wheels, front and   rear.  They are wrapped with Goodyear 245/45R20in. RSA performance tires for added grip and traction.

Inside the Iacocca Silver Mustang the interior is resplendent with luxurious touches that highlight the car’s special heritage, including Iacocca Diamond Design leather seats and footwells with the seat backs having embroidery stitching on the headrests that mimics the hood badge, an Iacocca signature dash plaque with serial number, a leather-wrapped steering wheel with ‘I’ badge, and IACOCCA-badged aluminum door sill plates.  Open the hood and you see another plaque to authenticate that this is one of only 45 Iacocca Silver Anniversary Mustang’s with matching serial number. 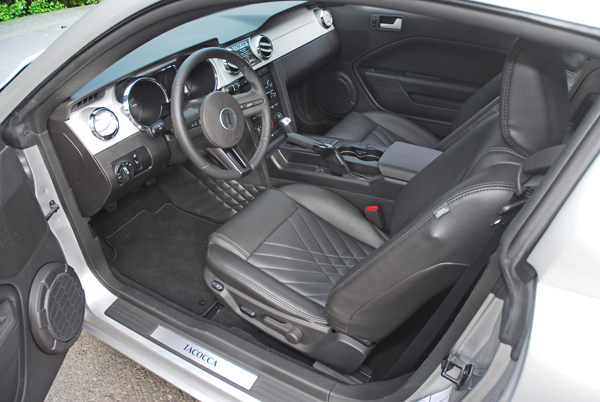 Galpin Ford comes into the picture as the end seller of the car, and their Galpin Auto Sports division installs the cold air intake system, supercharger, Brembo brakes and suspension upgrades.

Prices start at just $89,950.00 for the 45th Anniversary Iacocca Mustang and sales have been brisk with customers ordering the cars from locations as far away as Asia, the Middle East, Australia, Europe and South America. 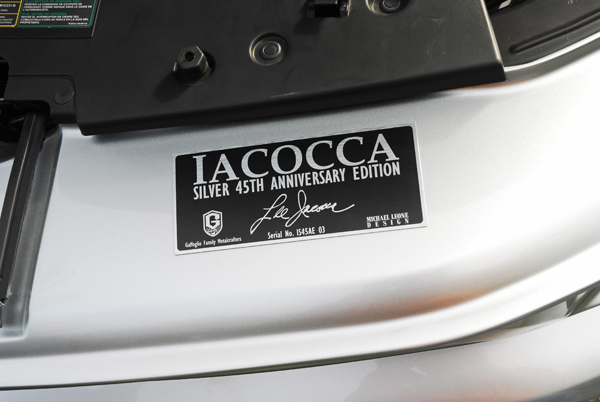 The Ford Mustang is driven, collected and loved around the world, so if you want to be the owner of this ‘once in a lifetime’ special edition Mustang from the man who is responsible for its creation, you’d better get in touch with Galpin Ford in Van Nuys, California and put in your order.