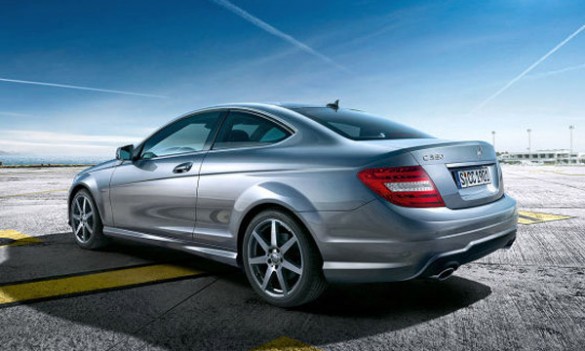 For years car enthusiasts, including myself, have wondered why Mercedes-Benz didn’t introduce a C-Class Coupe. Of course they had the CLK but it something was missing from the formula when you compare it to what the Bavarians had to offer. BMW has always had a coupe version of their 3-Series and now Benz wants to join in on the fun by introducing the new 2012 Mercedes-Benz C-Class Coupe shown in the first official photos (leaked onto the internet) below.

The new 2012 Benz C-Class Coupe is expected to be officially unveiled either next week at the 2011 Detroit Auto Show or at the Geneva Motor Show in March. Either way we get to see official images finally revealing a car that Benz fan-boys have been wanting for years. Of course the Benz guys are going to have to put up with the BMW fan-boys as they make claims that Benz stole design cues from the current BMW 3-Series coupes.

As you can online imagine, the power plants for the C-Class Coupe will be virtually the same as the current C-Class Sedan starting with the 302 horsepower V6 and making its way up to the enthusiast-sought-after AMG 5.5-liter twin-turbo V8 with 500 horsepower. All I have to say is the current BMW M3 (E92) has its work cut out for it to keep up with the new C-Class Coupe.

We expect to have additional details and official press images any day now for the upcoming 2012 Mercedes-Benz C-Class Coupe. Check back for updates.