Audi’s A6 Hybrid Was Designed For The U.S. Market 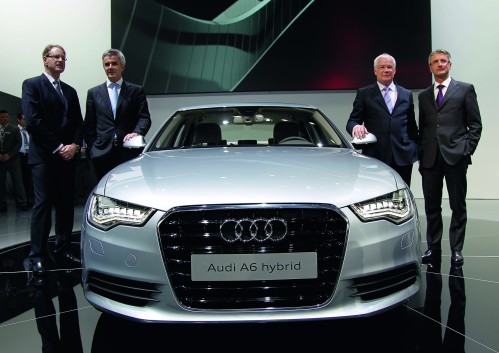 Audi took the wraps off their A6 Hybrid at the Detroit Auto Show, and to no one’s surprise it looked just like a regular A6. That’s a good thing, since Audi’s redesigned A6 is a masterpiece of Teutonic understatement; adding diffusers or side skirts to improve aerodynamics would have been an epic fail. The car manages to look both elegant and sinister, which seems to contradict its “green is good” mission statement. If you want to look environmentally responsible, buy a Prius; if you want to look successful while saving the planet, consider an A6 hybrid. 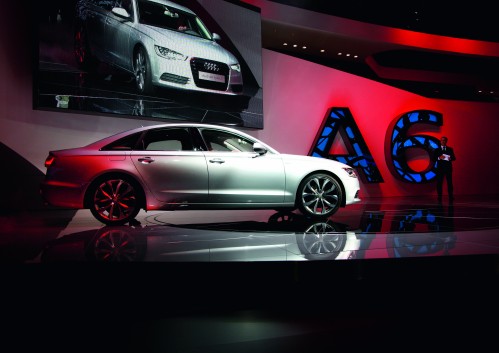 The A6 Hybrid will come in FWD only, and is powered by Audi’s 2.0 liter TFSI engine supplemented by a 45 horsepower electric motor. Estimated combined fuel economy is 38 miles per gallon, but those are Audi’s numbers and not the official EPA numbers, which are likely to be lower. Audi claims that the car will get to 100 kilometers per hour (62 MPH) on battery power alone, but you’d best be assertive about it, since the batteries run out of charge in just three kilometers (1.86 miles). And no, that’s not a typo – the A6 has a battery-only range of just under two miles.

Audi claims the A6 Hybrid was envisioned with U.S. customers in mind, so expect to see it in U.S. showrooms before the rest of the world gets it (if they get it at all). As for me, I’ll pass and wait for the A6 TDI that Audi said would grace our shores in the near future; who would want the complexity and expense of a hybrid drivetrain, when clean diesel is likely to produce better fuel efficiency and more smiles behind the wheel?