posted by Kurt Ernst
Filed under Automotive, Fiat, Find of the week 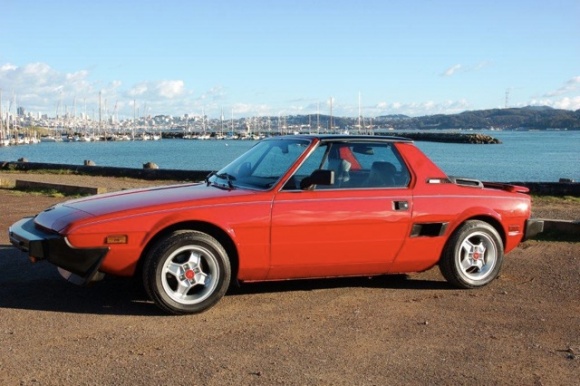 Fiat’s mid-engined, rear drive X1/9 sport coupe was one of the cars I lusted after in my newly-licensed years. Back then, they were cheap and they were plentiful, and they took to corners like Charlie Sheen takes to porn stars. On the down side, they were also about as reliable as Charlie Sheen, and just as prone to breakdowns. I hate to harp on Fiat, which is now born again in the United States with vastly improved products and quality control, but the old jokes about “Fix It Again, Tony” were pretty much on the money. That explained why so many relatively clean examples could be found for fire sale prices; most had a “minor electrical problem” or “needed a tune up”, which was really code for “this four-wheeled spawn of satan has drained my bank account, so it’s time to ruin someone else’s life”. 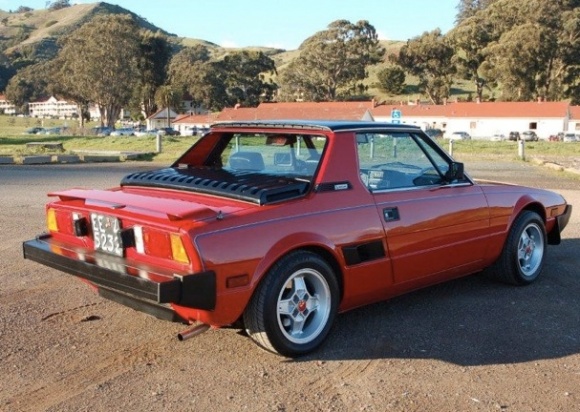 I’ve moved on to other cars, but this particular Fiat (actually, Bertone) X1/9, found on Bring A Trailer, really caught my eye. It’s only got 7,433 miles on the clock, and the reason why is what keeps us car guys combing through old barns, estate sales and even storage locker liquidations. The car was one of fifty 1987 X1/9s still in port storage when the importer (Malcolm Bricklin’s International Automobile Importers) closed its doors. The car then sat for over twenty years before being purchased by its current owner, who did a light restoration by changing all fluids, hoses, brake lines, reservoirs and brake pads. The single non-stock part is an upgraded stereo, since the original car probably came with an AM/FM/Cassette deck. 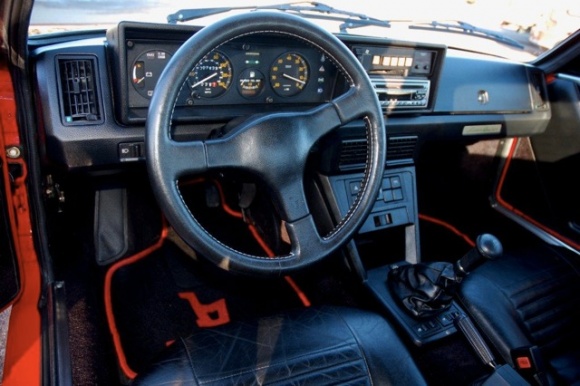 The price, at $12,750, is a bit steep for my own trip down memory lane. Sure, the cars handled well, but they lacked power and parts won’t be easy to find at Pep Boys (and trust me, sooner or later you’ll need parts). On the flip side, it’s probably the only affordable mid-engine Italian sports car you’ll ever find, and it is eligible for vintage road rallying. Sure, a Ferrari 308 makes a better sound, but they’re not exactly rare; Bertone X1/9s, on the other hand, now have an element of exclusivity about them. If you can’t live without this one, hit up Bring A Trailer.